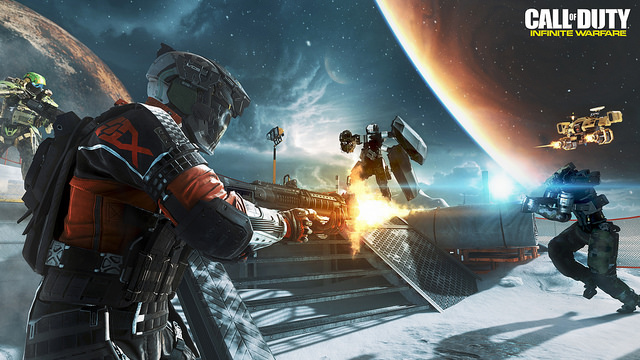 The debate over whether violent video games makes someone violent in the real world has been raging for decades. There’s been no indisputable evidence to support the theory that interactive virtual violence has a negative affect on a person — especially when violent imagery is so easy to consume on any TV screen with a cable connection —but a new study suggests that those who play violent video games may be better at ignoring disturbing images outside of the game world.

The research, which was led by psychologist Dr. Steve Most of the University of New South Wales in Australia, focused on how both gamers and non-gamers are affected by grotesque and unsettling images when seeing many different images in rapid succession.

To test this, a system was devised that displayed images at 100-millisecond intervals. The pool of 17 images were mostly landscape shots, but one image in particular was rotated at an angle. The individuals were asked to determine in what direction the image was rotated. Simple, right? Not entirely.

To test the affects of disturbing images on each participant, the researchers added what they called “distractor” images that would appear shortly before the rotated target image. These images ranged from mundane (an image of an animal, for example) to graphic (physical violence) and gross (a “dirty toilet bowl”).

According to the data, individuals who said they play violent video games frequently (over five hours per week) were significantly better at picking out the target image even when the violent or gross distractor images were included. The generic distractor images that didn’t depict violence or nastiness had little to no affect on any of the participants, helping the scientists to rule out the possibility that the gamers were just better at spotting moving images.

It’s definitely an interesting finding, but the researchers are quick to point out that being able to easily dismiss violent images in this context is no indicator of actually being desensitized to real-world violence.

“Our study focused on perception and how it may be disrupted by negative stimuli,” Dr. Most said in a statement. “This is very different from other research on the link between violent video games and social behaviour, such as aggression.: