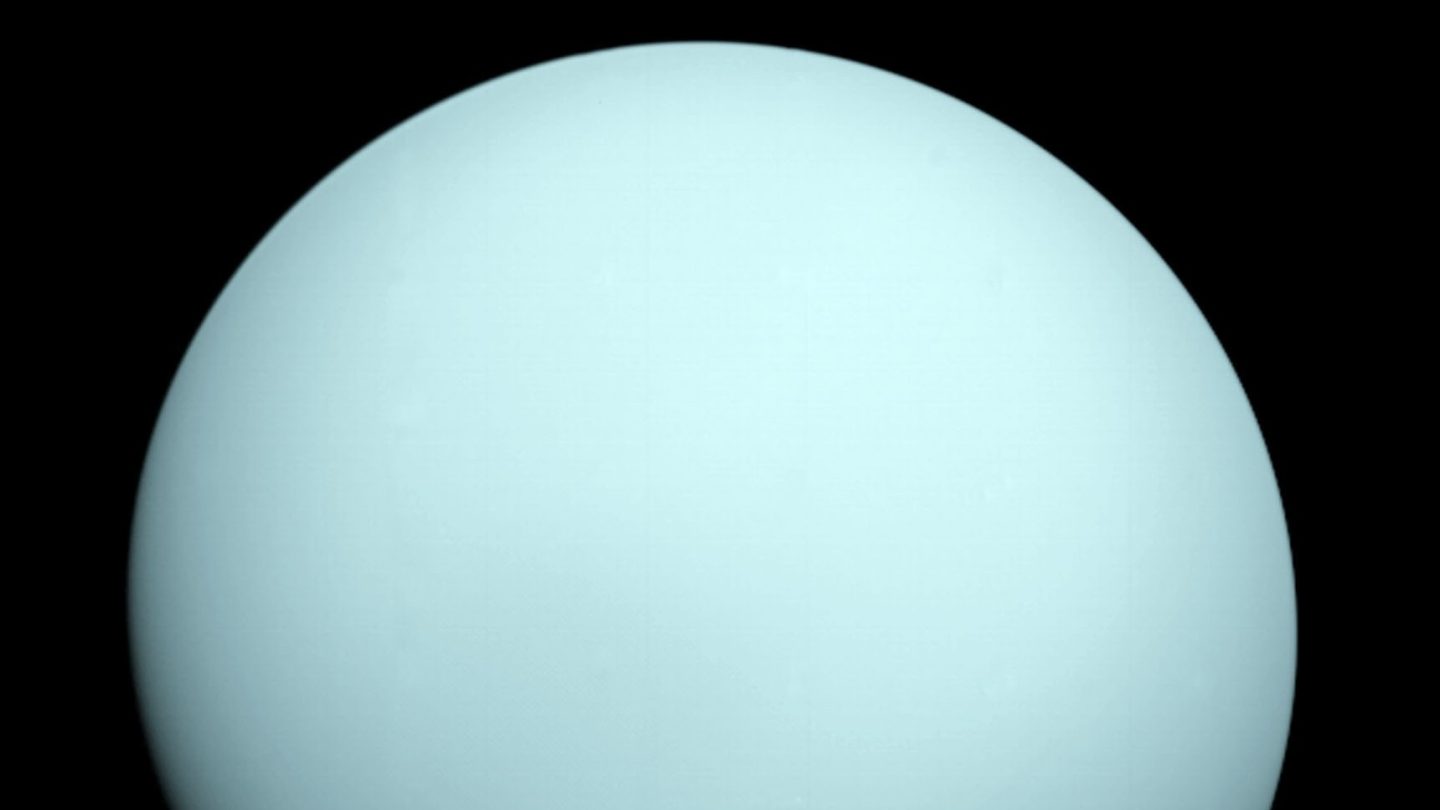 Of all the planets in the solar system, Uranus is probably the strangest. The planet itself isn’t entirely unusual, but its bizarre behavior and mysterious history make a real oddity as far as our little neck of the cosmic woods goes. Now, astronomers in Japan are doing their best to explain why Uranus is so weird, and they think they have a solid idea.

In a new research paper published in the journal Nature Astronomy, a team of researchers from Japan’s Tokyo Institute of Technology tackle one of the biggest question marks about Uranus: How did it get its strange, lopsided rotation, and what evidence still remains from that event?

It’s long been thought that Uranus experienced a massive impact at some point in its past. Just looking at the planet makes that seem fairly obvious since the sphere rotates at a 98-degree angle compared to all the other planets in our solar system. Something hit Uranus, and it was huge, but where is it now?

The researchers considered many possibilities and used Earth’s own history as an example of what happens when two huge objects collide in space. One theory about the formation of Earth’s Moon is that a large, Mars-sized object slammed into Earth several billion years ago, blasting material into space and eventually resulting in the planet and Moon we see today.

However, since Earth formed so much closer to the Sun than Uranus, the type of object that acted as its impactor was likely far different, possibly made of water ice or ammonia, the scientists say. The scientists believe they have a theory that accounts for much of the weirdness we see with Uranus, and it involves a large object made primarily of ice slamming into the planet long ago.

Unlike the collision that helped form the Earth and Moon, the impact between Uranus and this unknown icy object would have generated a wealth of gas and smaller debris. The planet tipped over onto its side and gradually collected much of the leftover material from the collision, while some more sizable chunks formed the planet’s tiny moons.

“This model is the first to explain the configuration of Uranus’ moon system, and it may help explain the configurations of other icy planets in our solar system such as Neptune,” Professor Shigeru Ida, lead author of the paper, said in a statement. “Beyond this, astronomers have now discovered thousands of planets around other stars, so-called exoplanets, and observations suggest that many of the newly discovered planets known as super-Earths in exoplanetary systems may consist largely of water ice, and this model can also be applied to these planets.”