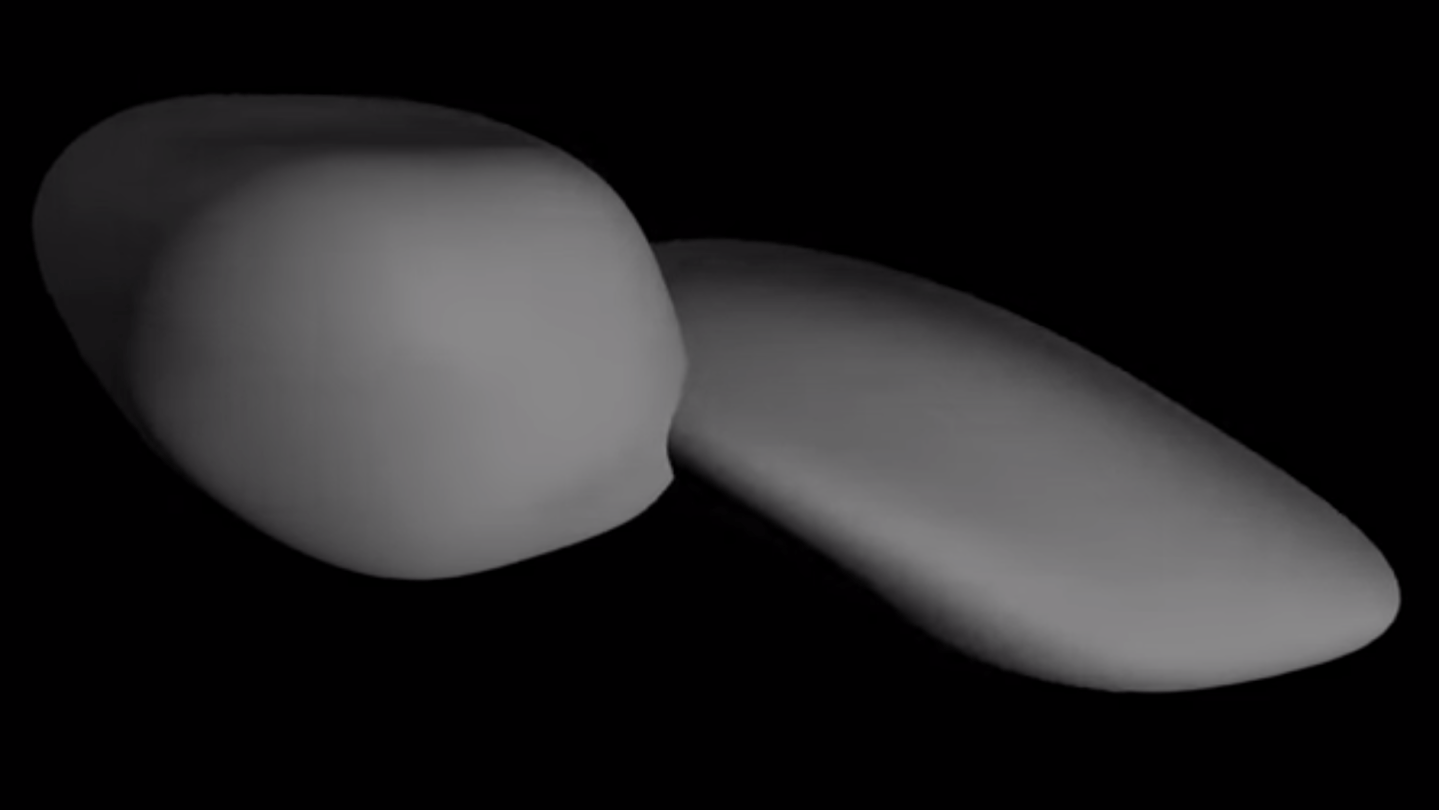 When NASA’s New Horizons spacecraft zoomed by the twin space rocks known collectively as Ultima Thule earlier this year, the images it sent back seemed to show a “space snowman” in all its glory. The photos showed two round lumps of rock attached by a thick “belt” in a shape known as a contact binary.

Photos don’t lie but they can’t be a bit misleading, even in space. Now, astronomers have been thrown for a loop when New Horizons’ final series of images of Ultima Thule reveal that the twin rocks aren’t actually round. Yep, Ultima Thule is more of a space pancake than a snowman.

All of the images of Ultima Thule that New Horizons sent back over the past few weeks seemed to show the rocks as being spherical. The new perspective afforded by the spacecraft’s flyby captured it in a new and very different light:

See that? The brightly lit edge with virtually no tapering suggests that the rock is much flatter than it first appeared.

Using these new images, NASA and its partner institutions have come up with a rough idea of how the rocks are actually shaped, and it’s a far cry from what we first thought. 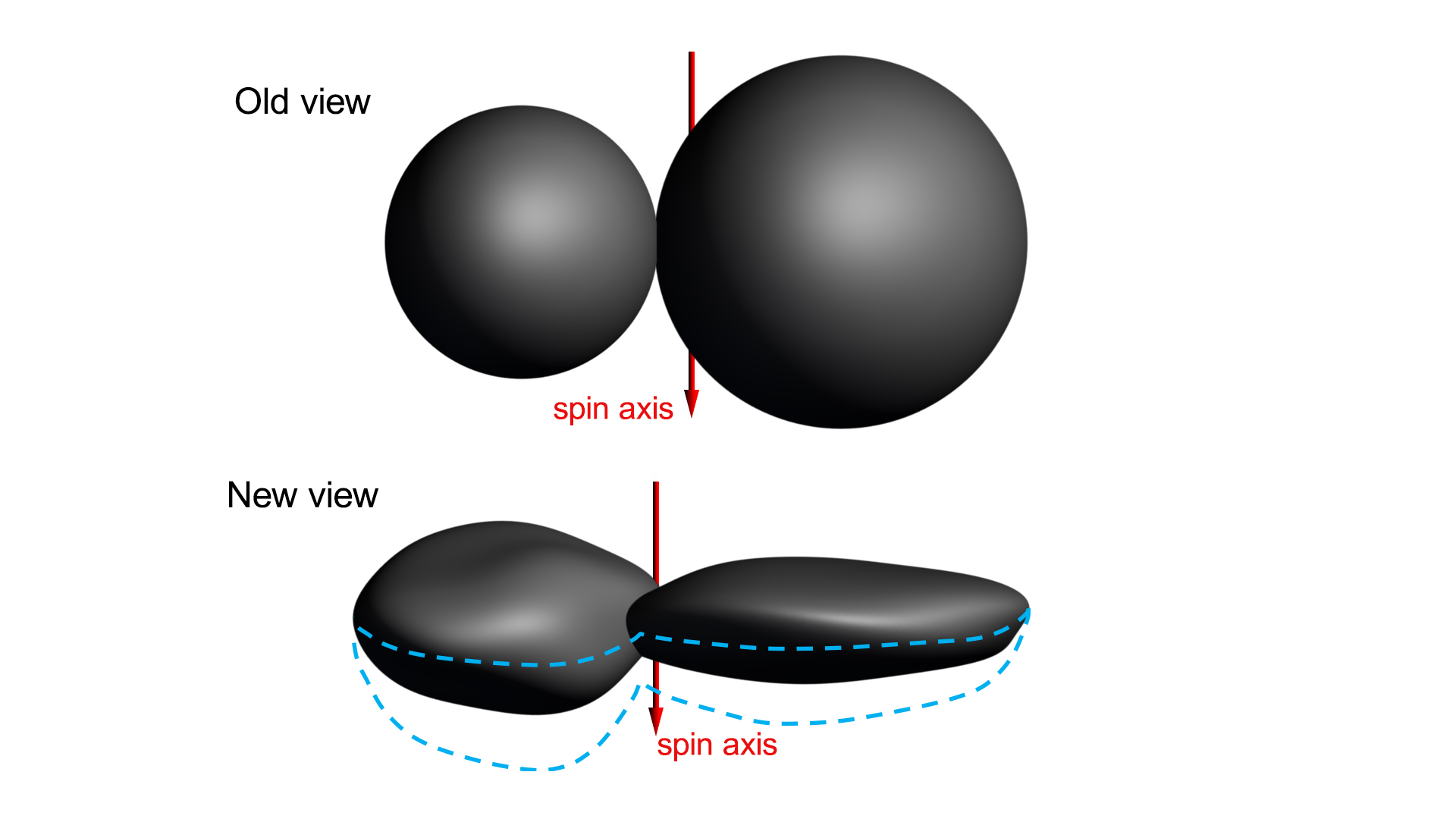 The blue outline indicates areas of the rocks that remain unknown and may range from quite flat to a bit deeper.

“We had an impression of Ultima Thule based on the limited number of images returned in the days around the flyby, but seeing more data has significantly changed our view,” principal investigator Alan Stern said in a statement. “It would be closer to reality to say Ultima Thule’s shape is flatter, like a pancake. But more importantly, the new images are creating scientific puzzles about how such an object could even be formed. We’ve never seen something like this orbiting the Sun.”