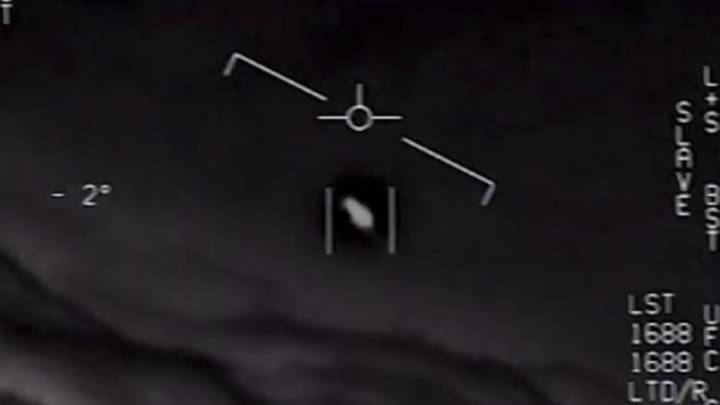 At the beginning of this year, we were among a slew of media outlets who reported that the Navy was sitting on a small handful of videos purporting to show UFOs flying rapidly and in a weird fashion over the Pacific Ocean. At the time, the official line from the Office of Naval Intelligence was that, to borrow that famous line from the X-Files, the truth is definitely out there, but releasing the videos that the Navy was sitting on would supposedly cause “exceptionally grave damage” to the country’s national security.

On Monday, the Pentagon went ahead and released the footage. Which makes this something like the millionth piece of evidence so far that proves 2020 will go down as the most bizarre year in generations.

The Navy first acknowledged the existence of the videos — recorded with infrared cameras and which show what the military calls “unidentified aerial phenomenon” (you’ll never catch them actually call it a UFO) — back in September. They followed that up with their refusal to release the videos on national security grounds.

Per CNN, the Pentagon changed tacks and decided to release the footage — some of which includes servicemen reacting with amazement at what they’re seeing in the sky — this week “in order to clear up any misconceptions by the public on whether or not the footage that has been circulating was real, or whether or not there is more to the videos,” according to Pentagon spokesperson Sue Gough.

The footage captured by the Navy first became public when it was released around three years ago by a company called To The Stars Academy of Arts and Science co-founded by Blink-182 guitarist and vocalist Tom DeLonge. Its mission is to collect “documents and physical materials from public and private sources related to the unidentified anomalous phenomena to study it and then transition the transformative technologies behind it to wider applications of public benefit.”

As if this story wasn’t unusual enough, former US Sen. Majority Leader Harry Reid released the following statement via Twitter Monday about the release of this footage:

I’m glad the Pentagon is finally releasing this footage, but it only scratches the surface of research and materials available. The U.S. needs to take a serious, scientific look at this and any potential national security implications. The American people deserve to be informed. https://t.co/1XNduvmP0u

Retired Navy pilot David Fravor told CNN back in 2017, in response to the UFOs in the footage that he’d seen first-hand, that the craft moved in an inexplicable manner.

“As I got close to it … it rapidly accelerated to the south, and disappeared in less than two seconds,” he said. “This was extremely abrupt, like a ping pong ball, bouncing off a wall. It would hit and go the other way.”

Check out the videos below: