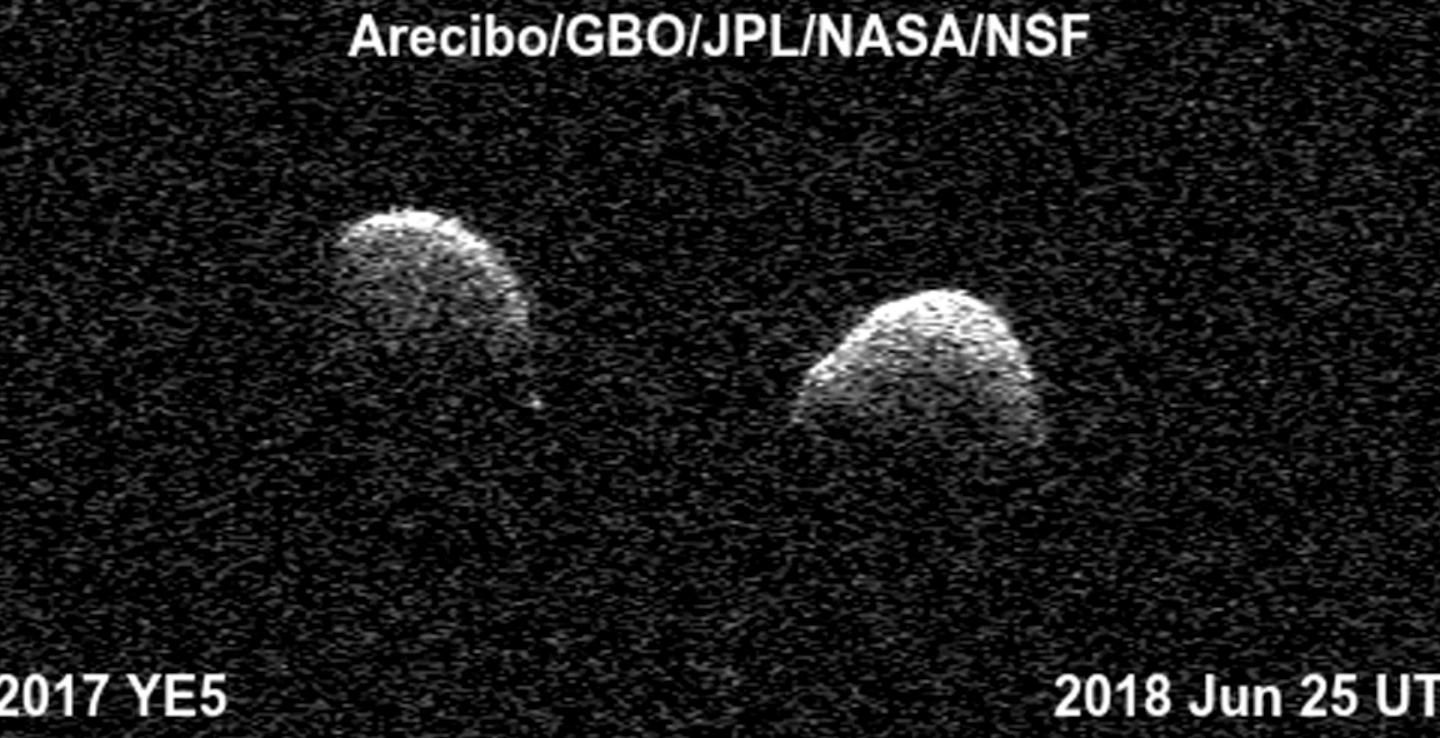 Spotting asteroids has become pretty routine for astronomers working with some of the most powerful telescopes on the planet, but every once in a while a seemingly mundane space rock proves to be something special. Late last year, scientists spotted a brand new asteroid, named it 2017 YE5, and added it to the long, long list of near-Earth objects that have already been observed. Astronomers are now saying that the rock isn’t what it seems to be.

In late June the rock made its closest pass of Earth for the next 170 years, so scientists decided to spend a little more time studying it before it heads back out again. When they zoomed in on what they thought was a regular ol’ asteroid what they began to see double. 2017 YE5, it turns out, isn’t one asteroid. It’s two.

Rather than one chunk of space rock, YE5 is two separate objects that revolve around each other while the two careen through the Solar System. The rocks are virtually identical in size and appear to have very similar shapes as well.

Twin asteroids are incredibly rare, at least here in our Solar System, and they’re a huge treat for scientists whenever they’re spotted. Sometimes larger asteroids are orbited by much smaller rocks, but “equal mass” asteroid pairs are particularly special. In fact, 2017 YE5 is only the fourth such binary asteroid pair ever observed.

Once the true nature of the asteroid(s) was known, astronomers from the Arecibo Observatory in Puerto Rico began to alert other observatories. Eager to study such a rare object, scientists from separate observatories teamed up to ping the rock with radar signals and then gather the data. The result is the animated image you see above, showing the twin rocks dancing in space as they cruise along.

2017 YE5 is classified as a near-Earth asteroid, but it doesn’t pose any threat to our planet at the moment. It’ll be a long while before the rocks make their way towards Earth again, and all current forecasts suggest that these friendly sister rocks are content to dance peacefully for the a long, long time to come.