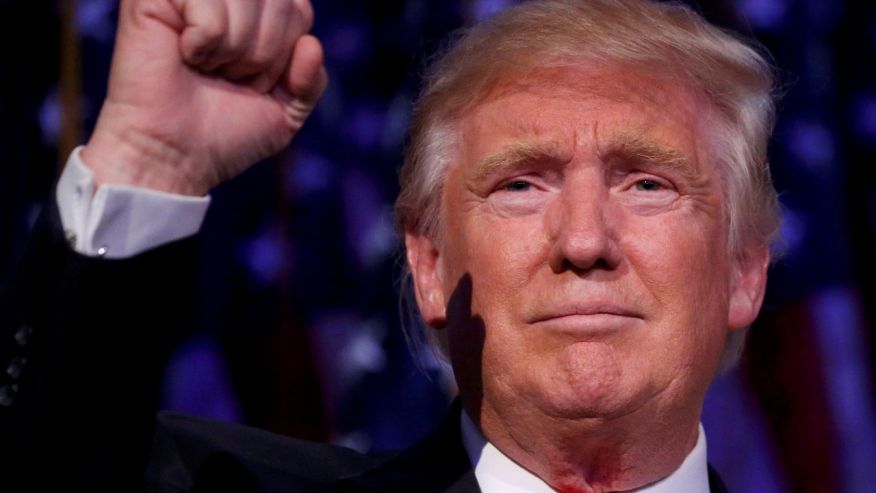 Donald Trump spectacularly defied pollsters and pundits on the way to his shock election victory over Hillary Clinton, but Google search data may have hinted that an upset was on the cards.

Google data show that Trump accounted for 55 percent of search views between Nov. 6 and Tuesday’s Election Day, after regularly dominating his Democratic rival in search during the final weeks of the campaign.

Data compiled between Nov. 6 and Nov. 8, for example, show Trump winning the Google search battle in the key state of Pennsylvania, where almost every poll predicted a Clinton victory. Trump also dominated search in the battleground states of Florida, Michigan and North Carolina.

The Election Day search numbers should perhaps come as no surprise – after announcing his candidacy in June 2015, Trump Google led search for most of the election campaign.

How @realDonaldTrump has led in search for most of the #election2016 campaignhttps://t.co/h7malBrB1P pic.twitter.com/j9vuhkNMMG

Experts are now weighing the value of search information in providing clues to his eventual upset win. “With all these Google searches, people were obviously looking him up for a reason, and they wanted to know before they went to the voting booth,” social media expert and President of JRM Comm Jason Mollica, told FoxNews.com. “Any political campaign, especially the bigger it gets, needs to look more closely at what people are searching for and where they are searching from.”

Trump’s Campaign Manager Kellyanne Conway credited the phenomenon of “undercover Trump voters” as a factor in the upset win during an interview with “Fox & Friends” Wednesday. Conway described “small but potent” force who didn’t reveal they planned to vote for the Republican nominee and drew parallels with the so-called “shy voters” who backed the U.K.’s shock “Brexit” vote earlier this year.

The fiercely-contested election also sparked intense activity on Twitter, which said that 75 million global Tweets related to #Election2016 were sent out through 3 a.m. ET Wednesday when Trump claimed victory.

Over 75M global Tweets were sent related to #Election2016 through 3am ET when president-elect @realDonaldTrump claimed victory pic.twitter.com/AWDBRJR4Rn

The billionaire made extensive use of Twitter during the campaign, often to explosive effect, which helped pave his way to the White House, according to Ben Kaplan CEO of viral PR firm PR Hacker. “A high frequency of controversial tweets and comments made Trump stronger in aggregate because they took over the news cycle while reminding voters he’s a non-establishment outsider (the key message of the election),” he explained, in a statement emailed to FoxNews.com. “Triggering viral emotions (like anger and anxiety) mattered more than Hillary’s “ground game” and high TV ad spend in driving voter turnout.”