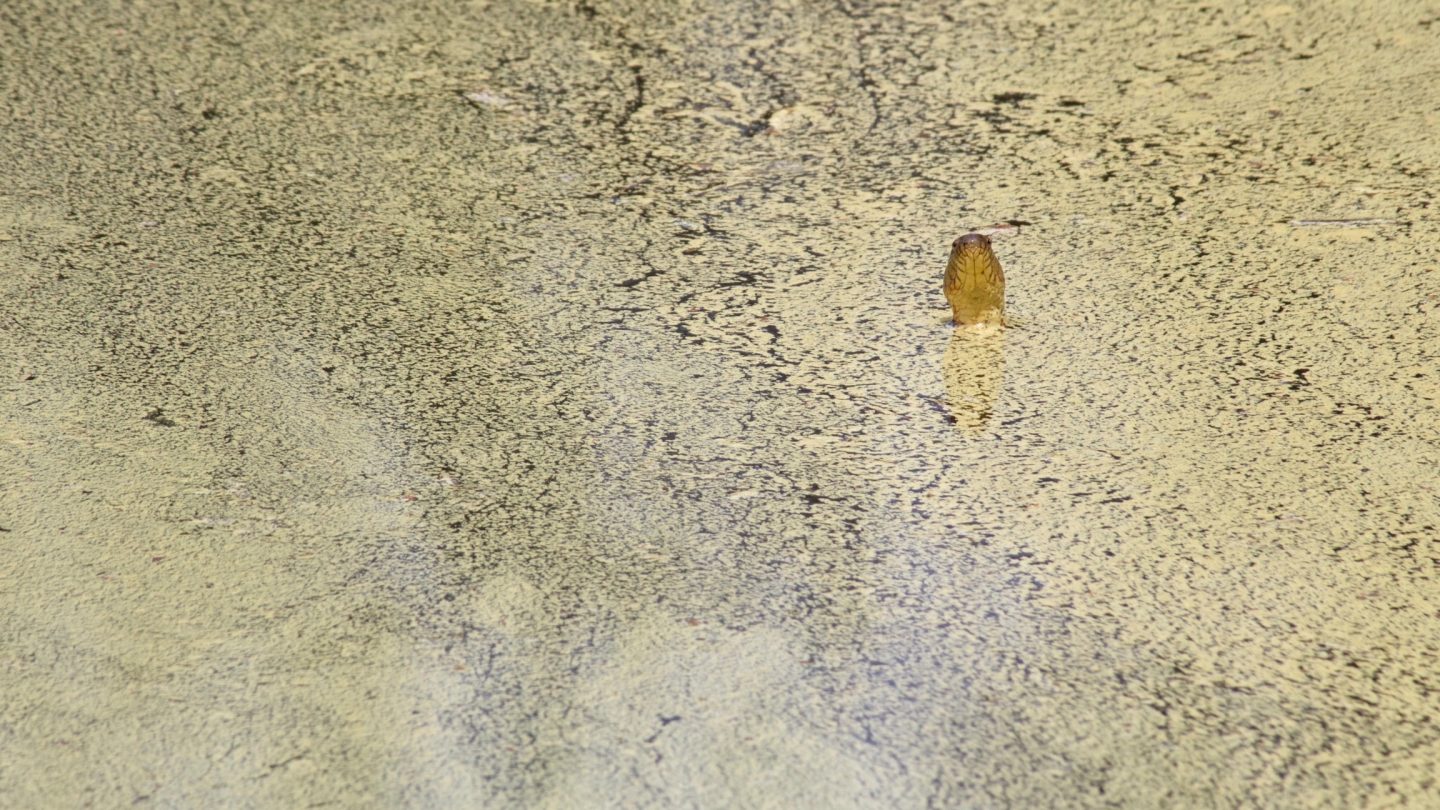 Locals captured a mysterious furry green snake in the Sakhon Nakhon province in early March. Reports say that the snake is unlike anything the locals had ever seen. One local named Tu decided to capture the creature and take it home so it could be identified.

This furry green snake isn’t as mysterious as it looks

The furry green snake may seem like an entirely new species, but that might not be the case. Yahoo News Australia shared the video earlier this week. You can see it in the site’s original report. In a report on the topic, Yahoo reported that a snake species coordinator had possibly identified the creature.

Sam Chatfield, who works with Wildlife ARC on the NSW Central Coast, told Yahoo News Australia that the snake appears to be a puff-faced water snake, like the one in the image above, but with algae growing on its scales.

Tu found the creature while walking near his home in late February. He noticed the furry green snake moving through the water and was shocked by what he was seeing. Tu’s niece, Waraporn Panyasarn, said she had never seen a snake with fur, so she took a video and shared it online.

The family then kept the furry green snake at their home. They fed it small fish while they waited to learn what it was.

The snake itself is around two feet long. The locals believed that the green fur around the snake is just algae and moss. They believe the algae began to grow after the snake sat still for too long. Puff-faced water snakes often hide in crevices and swamps to wait for small fish or other prey to pass them by.

While Chatfield is confident that the snake is a puff-faced water snake, that doesn’t mean that the danger has passed. The snake itself is mildly venomous, though, so you’d still want to avoid being bitten by it.

It’s possible we’ll get some official confirmation about the furry green snake’s identity in the coming months. Chatfield says that the snake should start shedding its skin soon, as it continues to grow and live. When it does shed its skin, the furry green algae should come off with the old skin.

If it does turn out to be a puff-faced water snake, then the mystery will be over. It will also mean that there isn’t some other strange species of snake out there that we’ve never heard of.

Considering there are already over 3,000 species of snakes–some of which are deadly snakes–known all around the world, ending the mystery of the furry green snake will probably be welcomed by those with a natural fear of snakes and other crawlers.