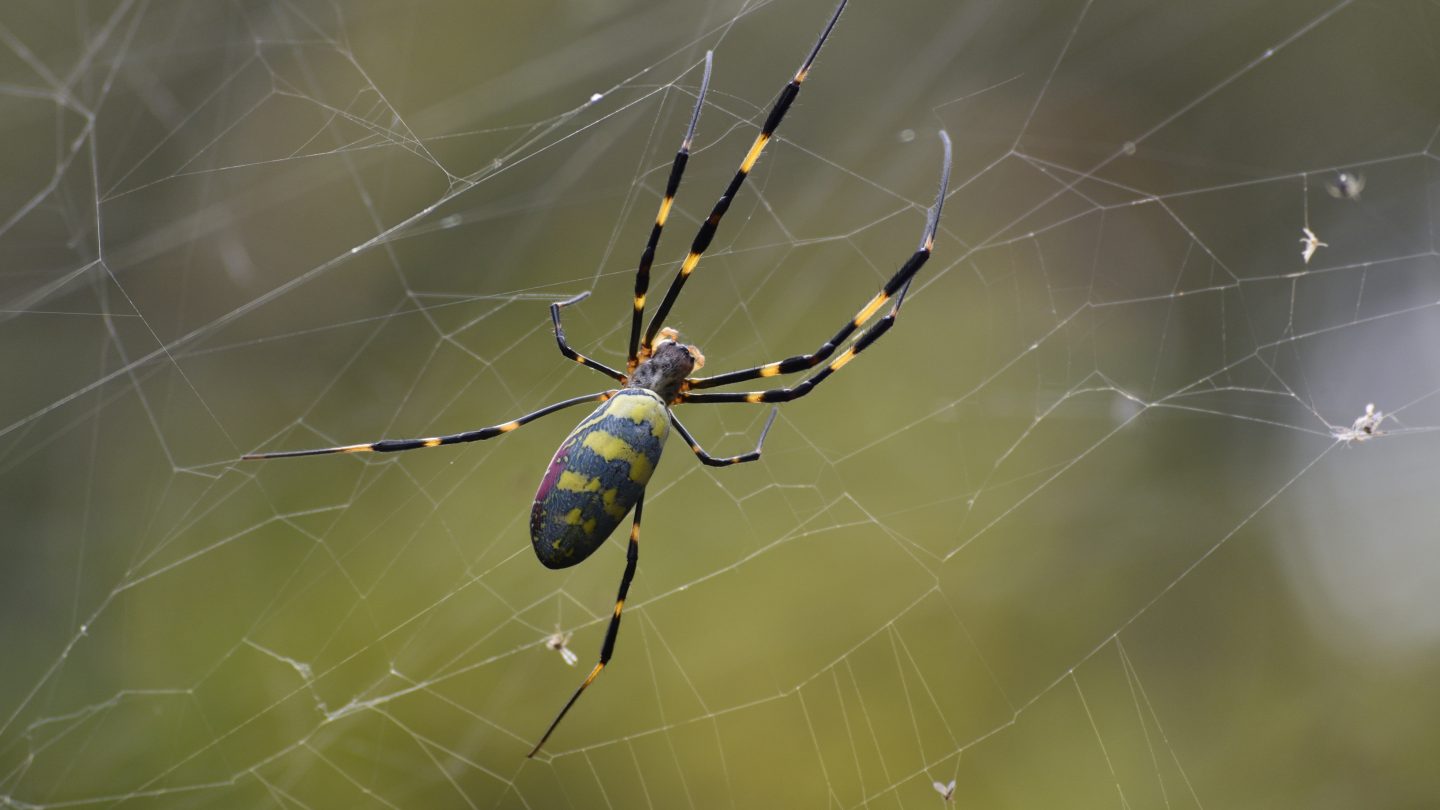 It first appeared in the United States back in 2013, somewhere north of Atlanta. Researchers say the spider likely caught a ride in a shipping container from Asia as it is widespread in China, as well as Japan and Korea.

The Joro spider is spreading across the southeastern United States

The spread of the Joro spider might seem a bit concerning at first. However, experts say that the local ecosystem shouldn’t have much to worry about. Andy Davis, an author of a recent study surrounding the Joro spider says people should learn to live with the new spiders.

“If they’re literally in your way, I can see taking a web down and moving them to the side, but they’re just going to be back next year,” he told UGA.

While the Joro spider is spreading across Georgia, residents in Alabama may also find this spider popping up near their homes. The Joro spider has also started appearing in spots around Tennessee and the western Carolinas, according to AL.com.

While the spider is big and somewhat scary looking, it’s actually not that dangerous to humans. The spider is venomous, however, most of the time the fangs aren’t big enough to puncture human skin.

Other spiders like Australia’s recently discovered Megaspider are more dangerous. The Joros also only bites if cornered, so it’s very easy to avoid encounters that might lead to a bite.

If you’re worried about the Joro spider spreading, don’t be. On top of having no negative side effects on the local ecosystems, researchers say it could act as natural pest control for other invasive species.

The Joro spider has been observed eating brown marmorated stink bugs in the past. These invasive bugs cause damage to crops and can swarm in homes and other structures. Additionally, the Joro spider spreading could provide food for other species, too.

While related, the Joro spider is has a higher metabolism, as well as a 77 percent higher heart rate. This may allow the Joro to survive the brief, quick freezes that many states undergo. These freezes often kill off other spiders, but the Joro spider may fair better in colder environments.

Humans are also likely to play a vital role in transporting the Joro beyond its current borders. As such, it seems to only be a matter of time before we start to see this spider appearing in other places.