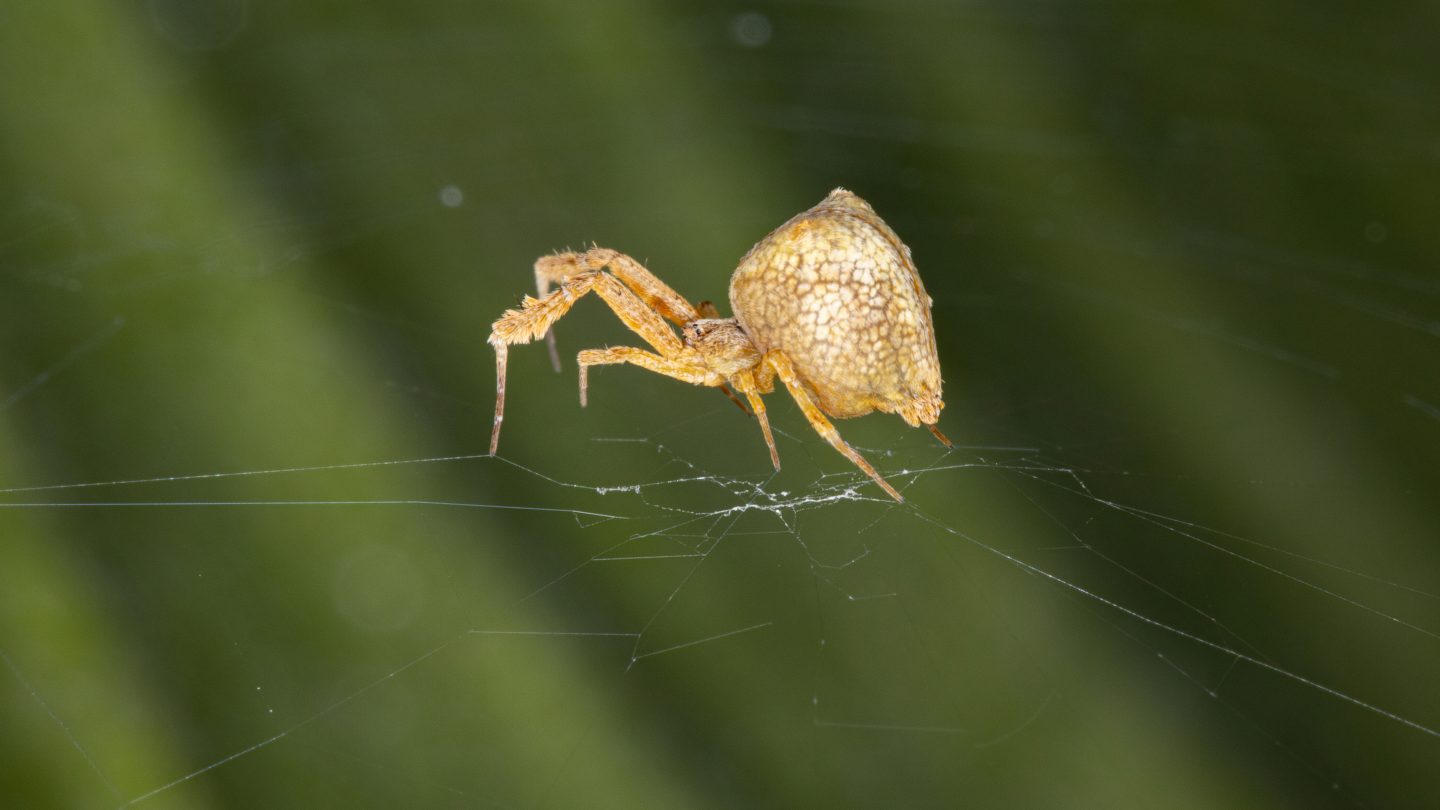 Researchers have discovered that a certain species of male spiders catapult away to avoid sexual cannibalism.

Cannibalism after mating is a well-known trait in many species of spiders. While the reasons for this sexual cannibalism have changed over the years — from complex evolutionary reasons to simply that they can — it appears some male spiders do not like the idea of being eaten alive after mating with a female.

Researchers have published a new study that details how male spiders from one species of orb-weaving spiders catapult away from females to save themselves after mating.

The researchers, who include Shichang Zhang of Hubei University in Wuhan, China, say they discovered the technique while studying Philoponella prominens spider’s sexual selection.

This family of orb-weaving spiders often live in communal groups of up to 300 individuals. This makes for a complex gathering of webs with several individual spider webs built throughout.

Because the technique only comes into play after a sexual encounter, the researchers say it is clearly required to avoid sexual cannibalism. They also tested this technique by keeping the male spiders from catapulting away. The females captured and ate all 30 of the males the researchers stopped using the catapult technique.

To utilize the technique, the male spiders use a joint in their first pair of legs. This produces the almost immediate action of the catapult technique. They have to be quick to avoid the female capturing them. The male spiders catapult themselves away from the females at up to 88 centimeters per second, the research shows.

Why do these male spiders catapult away from females?

Of course, for anyone who doesn’t pay much attention to spiders and how they behave, the act of catapulting away after sexual encounters might seem strange. However, it is a necessary part of survival for these orb-weaving spiders.

As I mentioned above, the reasons why spiders partake in sexual cannibalism have changed quite a bit over the years. Despite that, some believe that female spiders eat their mates just because they’re smaller and weaker.

The technique could also be a way for male spiders to prove they are strong enough to survive. That they are worthy of being the female’s mate.

Of course, we will need to research the technique and the exactly why some male spiders catapult away to truly uncover the reasonings. Ultimately, though, this is an unexpected development in spider behavior.

Of course, many spiders have surprised us in the past. Previously we’ve seen spiders bigger than ever, some even big enough to eat an opossum.