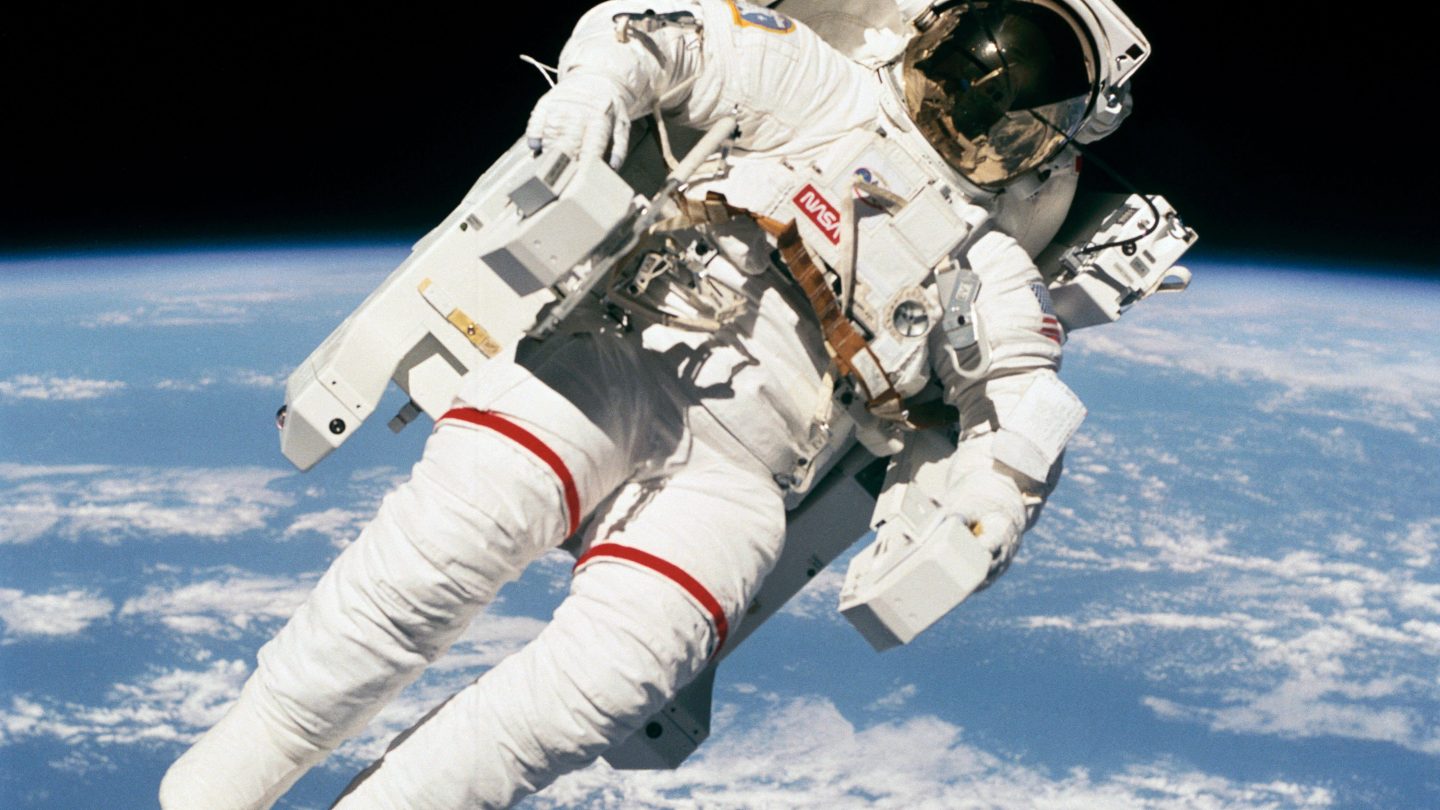 Space is terrifying. As astronauts navigate around outside space stations and their space shuttles one wrong move can send them hurtling out into a void of darkness. To help mitigate the risk of any such thing happening, NASA has often utilized tethers during spacewalks. But one iconic photo from the 1980s showcases the first untethered spacewalk, and it’s kind of terrifying to think about.

This photo of the first untethered spacewalk is inspiring and terrifying

Just thinking about moving through space without any kind of line to hold me to the ISS or a shuttle is terrifying. But, for astronauts, moving through space is just part of the job. And, there’s probably something freeing about not having to be tethered to a station or shuttle to do your job.

Back in the 1980s, the idea of an untethered spacewalk was still a fairly new one. And, as the crew aboard the Challenger Shuttle prepared for a satellite repair mission, astronaut Bruce McCandless II decided to give it a whirl. Equipped with just his Manned Maneuvering Unit (MMU), the astronaut floated freely several meters away from the shuttle.

NASA says that another crew member aboard the Challenger took the photo of the first untethered spacewalk using a 70mm camera. While it’s just now making headlines again, they took the photo itself back on February 7, 1984. Science and nature-based Twitter account @Curiosity recently shared the photo again, though, bringing it back into the spotlight.

The art of the EVA

Extravehicular activities, or EVAs, are a common part of life in space. Astronauts often need to exit the International Space Station to complete repairs or just check on vital parts of the station.

NASA even considers spacewalks an iconic part of human space exploration. So, being able to pull off the first untethered spacewalk must have been exciting for McCandless II.

But don’t let the overall iconic nature of these events downplay them. As NASA notes on its website, EVAs require a lot of planning and mission profile build-up. That’s because these exercises literally take the astronaut outside of the confines of their space shuttle.

As with the first untethered spacewalk, there are also other things to consider. Not only did McCandless II have an MMU to help him navigate. But, Challenger was also most likely equipped with enough fuel to save the astronaut should something have gone awry.

It’s been almost 40 years since that first untethered spacewalk. Looking back at the photos now, it’s still hard not to be inspired by how far our exploration has taken us. Especially when you consider NASA’s plans to put boots back on the Moon within the next few decades.