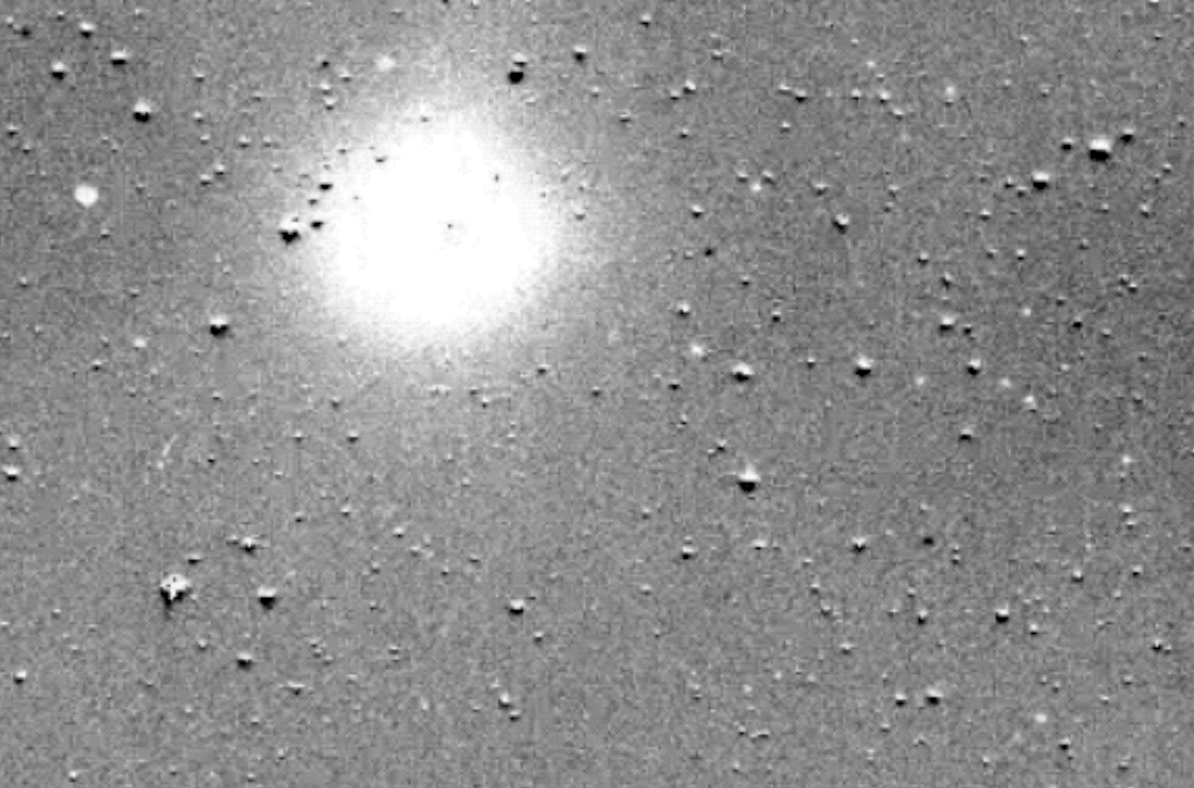 NASA’s new TESS spacecraft — which stands for Transiting Exoplanet Survey Satellite, in case you were wondering — is all ready to get its scientific mission underway, but before its incredible power could be unleashed by researchers it had to be tested by its handlers at NASA. The satellite snapped a gorgeous image of a massive star field which NASA showed off back in May, but the latest test image is even more stunning.

To test the satellite’s ability to track the movement of an object while remaining stable, NASA decided to point it at a nearby comet. That object, called C/2018 N1, now appears in a series of images that look like something pulled straight out of an old sci-fi movie.

The comet, which is pretty obvious in the images, is speeding through space with its bright tail shift and changing directions due to the effects of the solar wind coming from the Sun. All the other objects you can see in the video are actually distant stars. Their shadowy appearance is due to image processing, according to NASA.

“These images were taken during a short period near the end of the mission’s commissioning phase, prior to the start of science operations,” NASA explains.” The movie presents just a small fraction of TESS’s active field of view. The team continues to fine-tune the spacecraft’s performance as it searches for distant worlds.”

TESS’s primary goal will be to sniff out distant exoplanets which have not yet been detected by other technology. It will attempt to do this by spotting the dips in brightness of distant stars as planets pass in front of them. That might sound like a simple observation that wouldn’t yield much usable information, but astronomers can tell a great deal about a planet based on how much light it blocks and what the light looks like as it shines around distant objects.

Science operations are just beginning for TESS, and the spacecraft will be doing work for a long while. We can’t wait to see what it finds.