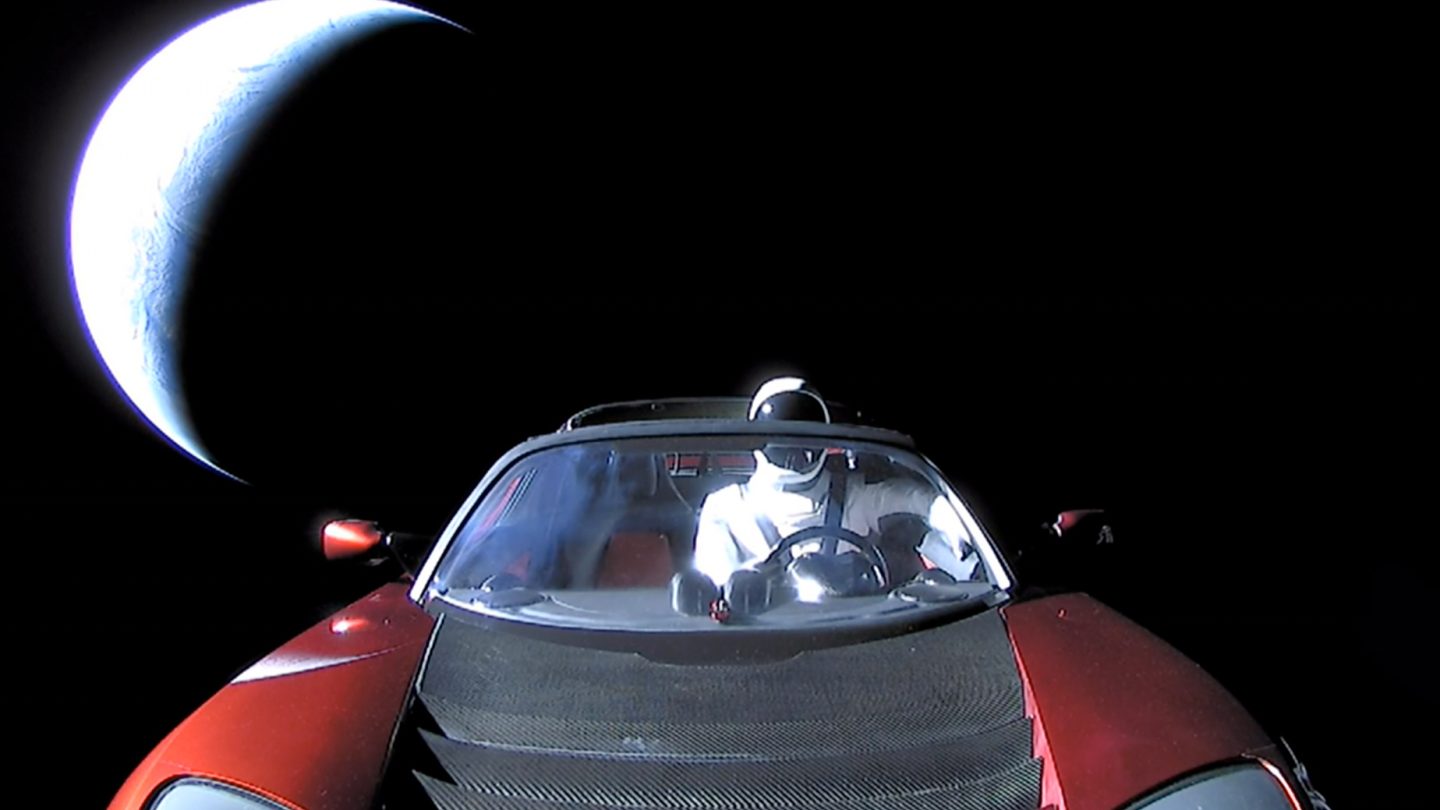 It’s hard to believe it’s already been a year, but exactly 12 months ago today was the first launch of SpaceX’s Falcon Heavy. The rocket launch was a huge success and while SpaceX hasn’t launched Heavy again in the time since, it was still a very big deal for the company.

Falcon Heavy, which has since been usurped by new SpaceX projects including Starship and Super Heavy, flew skyward one year ago and took Elon Musk’s own Tesla Roadster along for the ride. The pricey payload, with its Starman mannequin seated behind the wheel, has been flying through space ever since.

Let’s check on its progress, shall we?

Figuring out exactly where the Roadster and its Starman passenger are at any given point is incredibly easy thanks to the handy website whereisroadster.com, which tracks the progress of the vehicle every moment of every day.

Going by the site’s statistics, the Roadster is currently around 226 million miles from Earth and 163 million miles from Mars, and it got to its current position by traveling at a speed of approximately 5,149 miles per hour. That’s an incredibly speedy vehicle, and it won’t be slowing down any time soon.

As far as total distance traveled, the car has cruised for a whopping 473.3 million miles as of this writing. It’ll take approximately 557 days for the Roadster to make a full orbit around the Sun, and it’s projected to continue to travel through space for a long, long time to come.

As LiveScience notes, scientists believe the Roadster will eventually crash into either Earth or Venus. However, it could take many millions of years for that to happen, and the odds of it slamming into either planet in the next million years are significantly less than ten percent.

It’s worth noting that by the time the Roadster meets its end, it will likely look a whole lot different than it did when it initially took off. Telsa vehicles might look nice and shiny here on Earth, but the harsh conditions of space are likely to wreak havoc on the exterior as well as Starman himself.