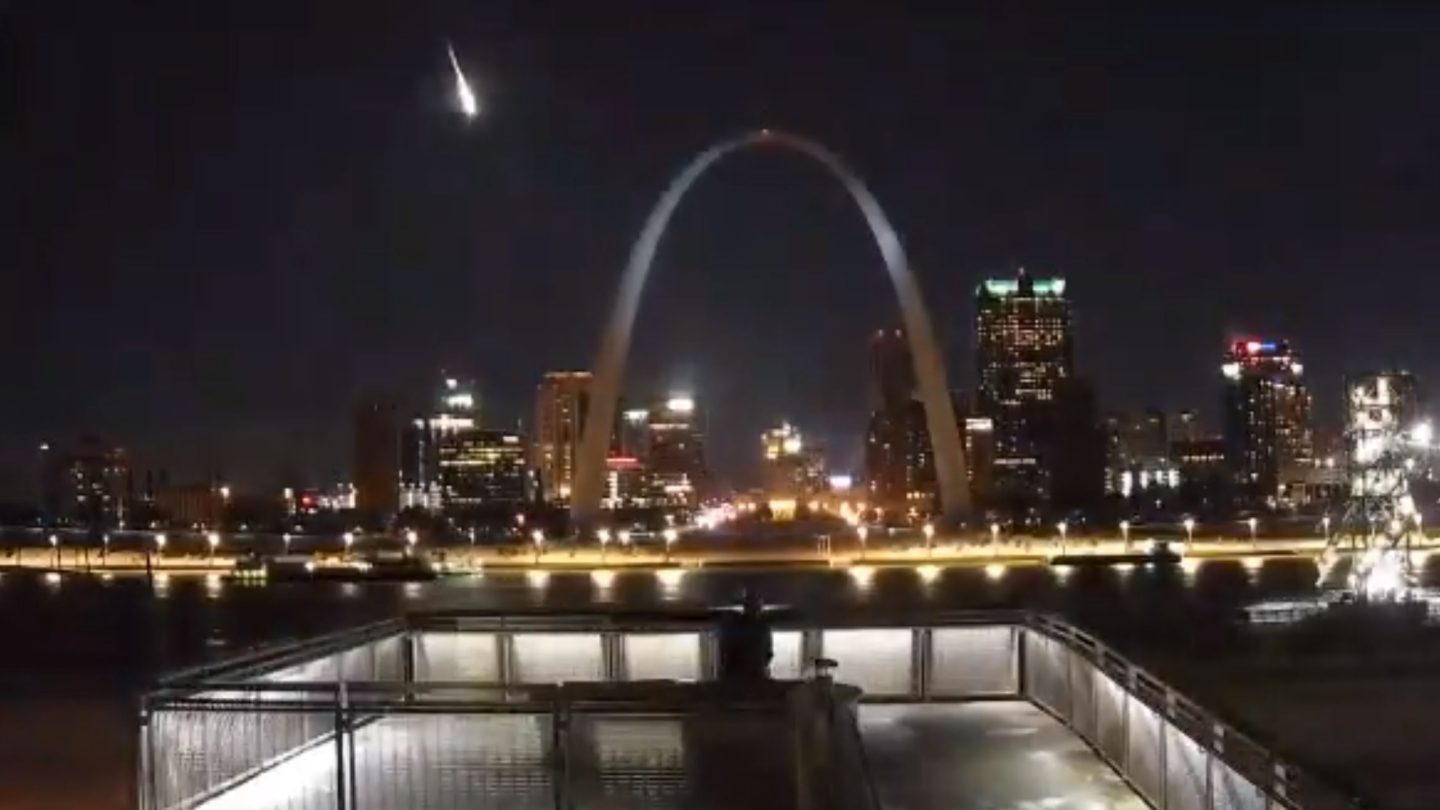 If you happened to be hanging out in St. Louis, Missouri, last night at around 9:00 p.m. local time you may have witnessed something truly spectacular in the skies. Many people across the area reported seeing an incredibly bright flash of light in the sky, followed by a streak slicing down toward Earth from above. It was a meteor, and thankfully for those of us who don’t live in St. Louis, it was captured on video for us all to enjoy.

As local CBS affiliate KMOV reports, the brilliant fireball was captured by many home cameras across the region, and one of the lenses from the EarthCam network even managed to catch a glimpse of it.

I was watching an @EarthCam camera from St. Louis, Missouri about 30 minutes ago and saw a #meteor! pic.twitter.com/PVAvIGlALF

The fireball is likely an object associated with the ongoing Taurid meteor shower. The meteors, which are named for the Taurus constellation where they often appear in the sky, gradually peak over the course of several weeks. Most of the time, the “falling stars” that accompany these events offer little more than fleeting glimpses of tiny bits of debris being burned up in Earth’s atmosphere. This fireball was something special, and as the video shows, it produced an incredible flash when it was torn apart.

As eye-catching and potentially frightening as the fireball first appears, there’s little reason to worry about an actual impact from such an object. Fireballs like this produce a brilliant light show as they are being destroyed, but debris rarely makes it to the ground. Only in very rare cases does any material survive to be found later.

As EarthSky explains, nobody can really agree on when the Taurid meteor is going to peak each year, and the rates at which meteors are spotted during the event can vary wildly. That said, the Taurids do have a reputation for producing some of the most stunning fireballs of all meteor showers, so the big ball of flame we see here isn’t entirely unexpected.