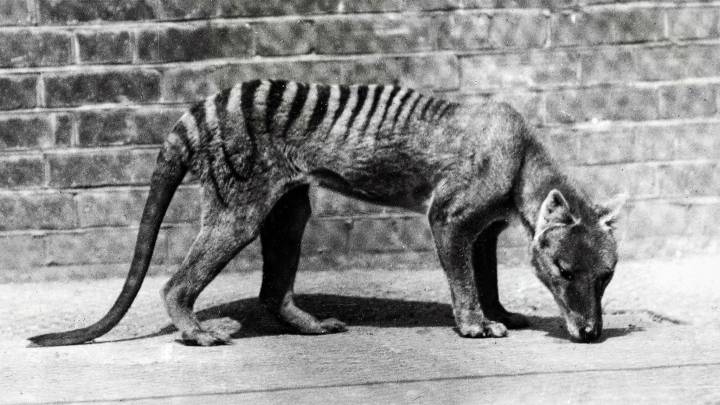 Earth lost a truly unique species when Benjamin, the last known thylacine — commonly called the Tasmanian tiger — died in captivity in early September of 1936. Despite an impressive number of alleged sightings of the animal in the years since, no actual documented examples of the species have been found in the wild for nearly a century. Now, thanks to some incredible advancements in DNA research, some scientists believe we could actually bring the species back from the dead.

A new study published in Nature Ecology and Evolution announces that scientists have finally been able to obtain the complete nuclear genome of the thylacine species, revealing an impressive amount about the creature’s ancestry. According to the study, the dog-like marsupial was only very loosely related to modern day canines, having shared a common ancestor some 160 million years ago. It was an incredibly special animal, and a branch of the evolutionary tree that stood out on its own.

“They were this bizarre and singular species. There was nothing else like them in the world at the time,” one of the researchers, Charles Feigin of the University of Melbourne, Australia, explains. “They look just like a dog or wolf, but they’re a marsupial.”

Using thylacine pup which was preserved in alcohol after its death over a century ago, geneticists were able to document the species’ full genome. That’s big news for researchers who want to learn more about the Tasmanian tiger’s distant past, but others are already more focused on their potential future.

Andrew Pask, an Associate Professor at the University of Melbourne, believes that sequencing the thylacine’s genome is indeed a huge first step towards helping it turn the tables on extinction. “It is technically the first step to bringing the thylacine back, but we are still a long way off that possibility,” Pask explains. “We would still need to develop a marsupial animal model to host the thylacine genome, like work conducted to include mammoth genes in the modern elephant.”

At present, the technology that would allow such a thing to be done doesn’t exist, yet, but that doesn’t mean it won’t be possible in the very near future. As Pask notes, the idea of sequencing a genome was also unfathomable a couple of decades ago, and researchers are working towards a future where extinct animals could be brought back under certain circumstances.

The thylacine would really be an ideal use of such technology, given that humans were undoubtedly responsible for its demise in the first place. The species, which was already show signs of struggling when the Australian continent was settled en masse, was pushed to extinction on the mainland but thrived on Tasmania. There, farmers put bounties on the tiger for fear that it would attack sheep, and hunters ruthlessly wiped them out, with only a few captive animals remaining in zoos until those eventually died, too.

“Ethically, we actually owe it to species like that, the species we wiped off,” Pask says. “If we could bring it back, we should.”