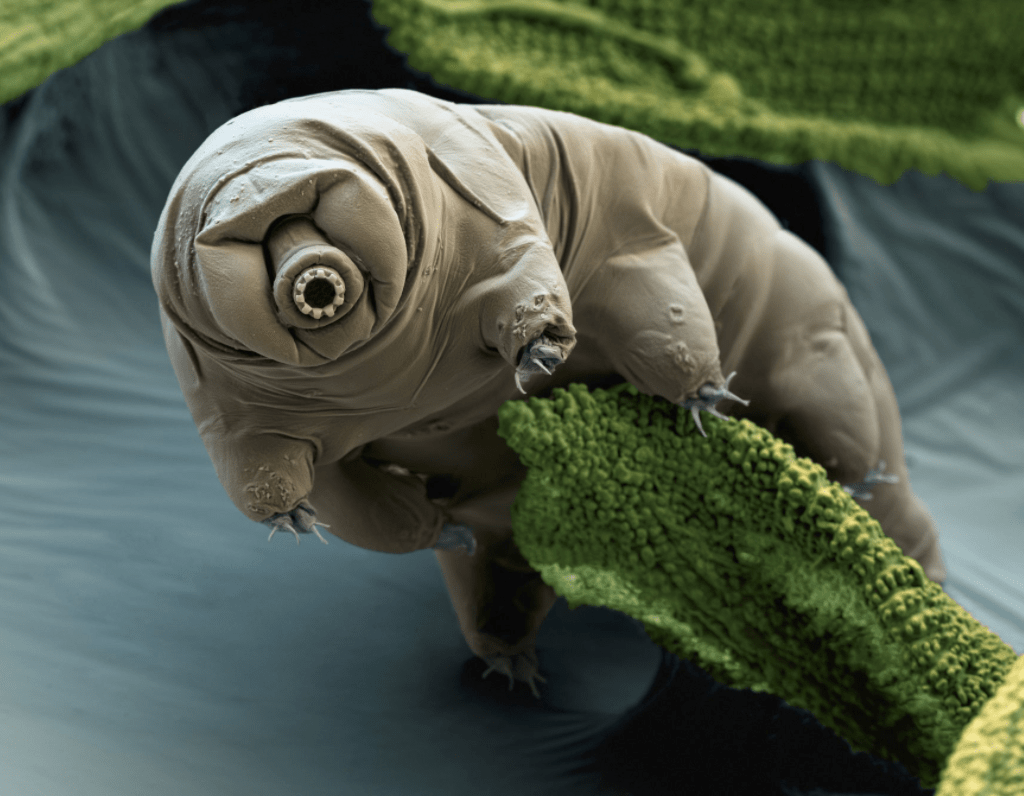 It’s not often that a microscopic organism gains celebrity status, but that’s exactly what tardigrades have managed to accomplish. The tiny organisms, often called “water bears” due to their stout body shapes, have gained popularity thanks to their undeniable cuteness and incredible resiliency. Considered “micro-animals,” tardigrades are thought to date back as far as 530 million years and they’re still around today. Now, an entirely new species of the tiny creatures has been discovered in a rather unlikely place: a parking lot.

A scientist from the Keio University in Tokyo gathered the groundbreaking specimen from a chunk of moss in a city parking lot and, after closely examining it under a microscope and sampling its DNA, realized it was a first-of-its-kind discovery.

The new tardigrade species, called Macrobiotus shonaicus, is only slightly different from many other known species, but its stunted legs make it easily recognizable under a high-powered lens. The species also has a unique egg shape with protrusions that researchers believe may help them attach to surfaces. A paper on the discovery was published this week in PLoS One.

As a whole, Tardigrades are an incredible group of animals. Various species have demonstrated the ability to live in incredibly harsh conditions, and they are capable of going into a dormant state and then reanimating years or even decades later. Researchers have pushed them to the limits and been consistently surprised with their ability to withstand extreme temperatures and even space travel.

There are well over 1,000 different species of tardigrade on record, so the discovery of a new member of the family isn’t entirely shocking. However, it’s remarkable to think that a never-before-documented animal could be lurking right under your nose without you even realizing it.

“Tardigrades are as close to indestructible as it gets on Earth,” Rafael Alves Batista of the University of Oxford told National Geographic. “But it’s possible that there are other resilient species examples elsewhere in the universe.”