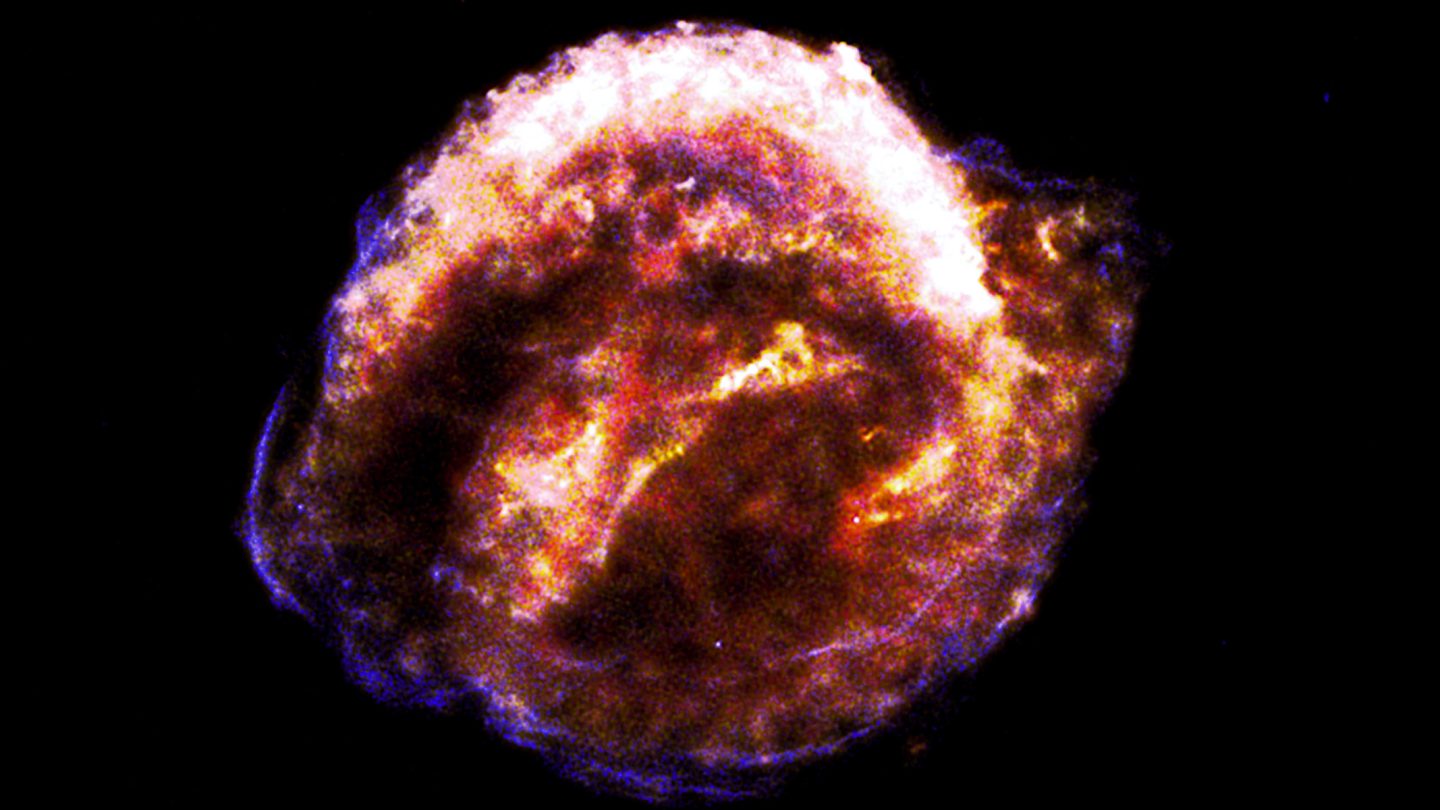 We know that stars have finite lifespans. Some of them just sort of fizzle out, but others get wild and blow up into spectacular supernova explosions. What you see above is an example of the latter. It’s called Kepler’s supernova remnant, and it’s the still-ongoing explosion of a star that was first observed back in 1604. Johannes Kepler, the famous astronomer, saw the star explode, and it’s been exploding ever since.

NASA likes to check up on the progress of the supernova from time to time, and new observations using the Chandra X-ray Observatory have offered some very interesting tidbits. Most notably, the speed of the explosion is not slowing down in the slightest.

Because the supernova isn’t a perfectly uniform explosion, the scientists tracked the speed of various “knots” of the blast. They found that while some of the knots of material are moving at a mere 10 million miles per hour, others are traveling as fast as 23 million miles per hour. As NASA notes for comparison, that’s roughly 25,000 times faster than the speed of sound on Earth. Yeah, that’s one speedy explosion.

Tracking the speed of an explosion happening 20,000 light-years away from Earth is tricky, but the scientists approached it from multiple angles.

Researchers in the latest study estimated the speeds of the knots by analyzing Chandra X-ray spectra, which give the intensity of X-rays at different wavelengths, obtained in 2016. By comparing the wavelengths of features in the X-ray spectrum with laboratory values and using the Doppler effect, they measured the speed of each knot along the line of sight from Chandra to the remnant. They also used Chandra images obtained in 2000, 2004, 2006 and 2014 to detect changes in position of the knots and measure their speed perpendicular to our line of sight.

This allowed the team of researchers to estimate the speed of each of the knots they observed. A more in-depth description and explanation of the work was published in a new paper in the Astrophysical Journal.

One of the questions that remains unanswered about the Kepler supernova remnant is why the explosion has evolved in the way that it has. It’s a twisted mass of material in an oblong shape, and scientists have proposed multiple possible explanations for why this is the case. It’s possible, scientists think, that the area around the star at the time of the explosion was “clumpy,” and that debris surrounding the star may have slowed some parts of the supernova blast while allowing it to speed up through other areas.