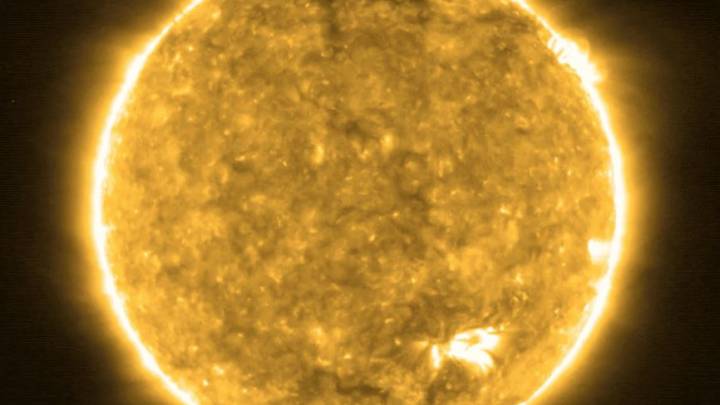 The Sun is one of the big reasons why we’re all here today. Without it, life likely wouldn’t have taken root on Earth — or, at the very least, the type of life that covers our planet today simply wouldn’t have been possible. That said, there’s still a lot we don’t know about our star and, more importantly, the threats that it may pose when it starts to throw its tantrums. Now, a very interesting stellar explosion has given researchers a glimpse at the underlying mechanisms that power the Sun’s frequent eruptions.

Stellar outbursts are common. These events present themselves as rapid releases of energy, often flinging charged particles into space and, at times, at planets including our own. We know they exist and we’ve seen them in action, but the events that unfold on the surface of the Sun are only the final result of underlying processes that aren’t well-understood. This newest observation is different in that it was a clear multi-stage eruption with three distinct steps. This, NASA says, could help scientists better understand how these solar outbursts occur.

NASA and its scientists first observed the unique eruption way back in March of 2016. Like many things in science, gathering observations and actually understanding what was captured occurred years apart. The study of the outburst will be published in Astrophysical Journal Letters.

The researchers are calling the event the “Rosetta eruption” as a nod to the famous Rosetta stone. This outburst, they say, is like a tool for understanding how stellar eruptions occur, and the progression from one stage of an eruption to the next.

Eruptions on the Sun usually come in one of three forms: a coronal mass ejection, a jet, or a partial eruption. Coronal mass ejections – CMEs – and jets are both explosive eruptions that cast energy and particles into space, but they look very different. While jets erupt as narrow columns of solar material, CMEs form huge bubbles that expand out, pushed and sculpted by the Sun’s magnetic fields. Partial eruptions, on the other hand, start erupting from the surface but don’t conjure enough energy to leave the Sun, so most of the material falls back down onto the solar surface.

The eruption that occurred on March 12th and 13th, 2016, was first observed as an ejection of material over a hotspot on the Sun, which is an active area of the star’s surface. The event fell somewhere between a jet and a CME, but it was what happened immediately afterward that was most interesting. In the same spot, a second eruption occurred, pushing another layer of material away from the star. However, it wasn’t powerful enough to blast the material into space and it was drawn back down to the surface as a partial eruption.

This is important because it reveals that a single mechanism is likely responsible for Jets, CMEs, and partial eruptions. Knowing that these three distinct stellar phenomena are linked is a pretty big deal, and it should help Sun researchers in their search for the causes of all three.