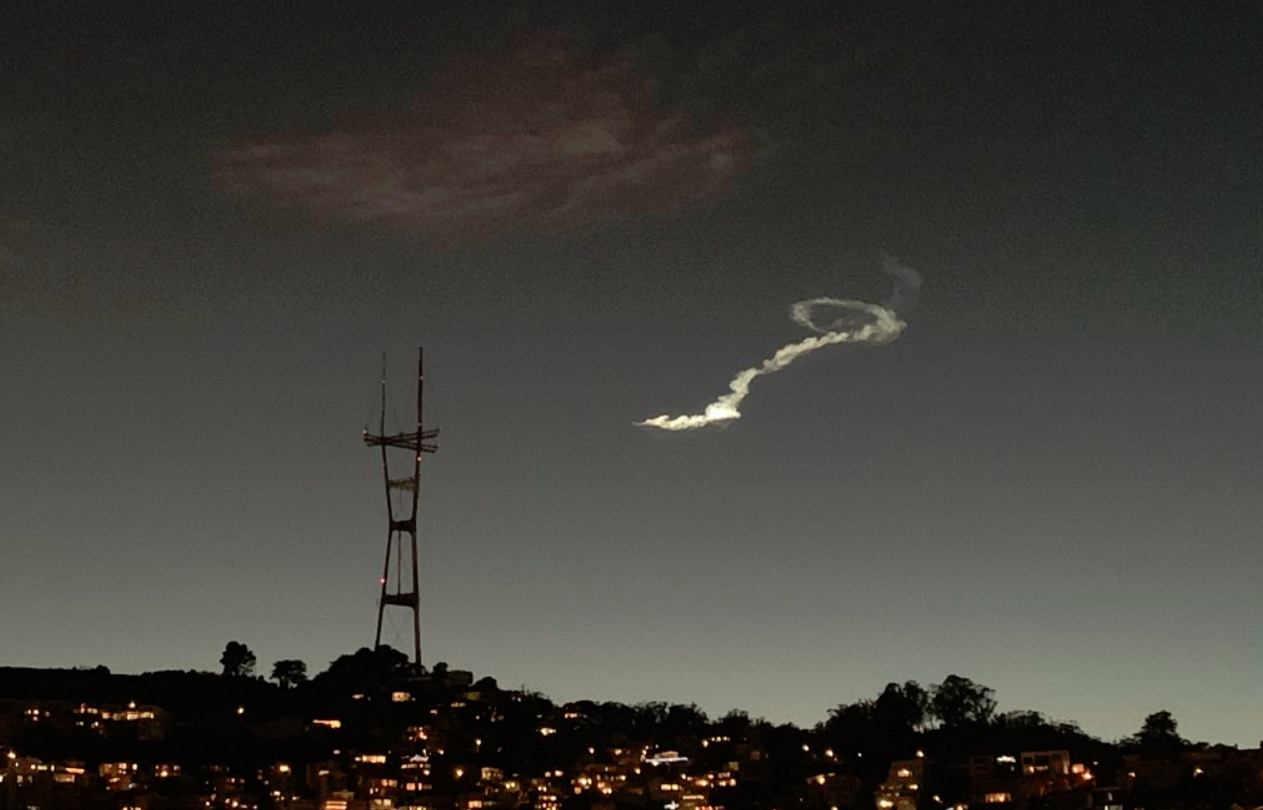 Several of this week’s planned rocket launches ended up being hit with last-second aborts and delays, but that didn’t stop Mother Nature from giving California residents a reason to stare skyward anyway. Late Wednesday night some truly bizarre streaks appeared in the sky over the Bay Area, prompting countless witnesses to tweet their own sightings while asking just what the heck it was.

According to scientists from various observatories, the strange question mark shaped trail that appeared in the sky was actually the leftovers of a meteor that came tumbling down to Earth. Oftentimes when a meteor burns through Earth’s atmosphere it produces a bright flash and little else, but in this particular case a wispy cloud was produced in its wake.

As local news reports explained, the National Weather Service believed it to be a “Noctilucent cloud,” which can sometimes be created when a space rock zips through the upper atmosphere. The Sun happened to be setting at the time, allowing the cloud to shine brightly in the sky when set against the darker backdrop, causing quite a stir.

Vanderberg launch of a Delta 4-Heavy rocket was scrubbed tonight – so whatever this is in the Sacramento sky, is not that. Also being seen in the Bay Area. pic.twitter.com/Wexkes7sNU

There don’t appear to be any reports of an actual impact from a space rock, and while the cloud it produced was an eye-catcher it’s likely that the object that created it was quite small.

Still not 100% certain, but evidence is growing the object seen was a meteor. A meteor can create a very high level cloud called a noctilucent cloud. @NASA has a great webpage explaining the cloud formation. https://t.co/eDquECamLl #cawx

Those who posted their sightings on social media offered up all kinds of guesses as to what created the streak, which included everything from a missile launch to (you guessed it) aliens. Imaginations tend to run wild on the Internet, but in this case it seems to have been little more than a chunk of rock arriving at our planet at the perfect time to be seen by all.