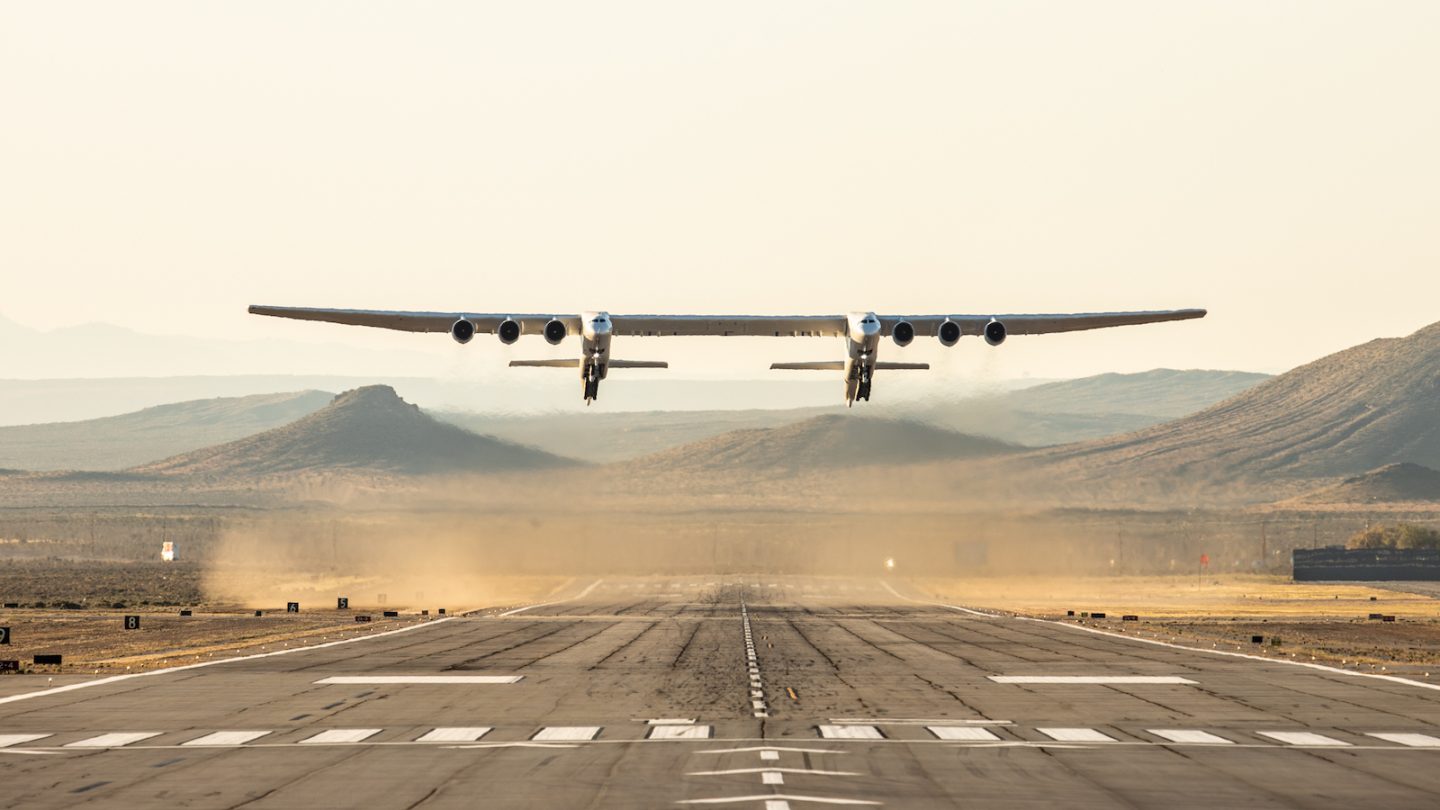 It didn’t take long for SpaceX to become a leader in commercial spaceflight. The company’s reusable rocket technology makes it possible for the company to offer its services at a lower cost and with a shorter turnaround time than its competitors, and it rapidly won contracts from both commercial clients and governments around the world.

But SpaceX isn’t the only company reinventing how to launch satellites and other things into space. Stratolaunch Systems is a startup that has been working on a very different method of launching spacecraft — specifically, carrying a multi-stage launch vehicle to a high altitude before hitting the switch. To do this, the company has developed the Stratolaunch (I know, the naming is a bit confusing), a twin-fuselage plane that took its maiden flight this past weekend.

The Stratolaunch plane is the largest plane on the planet, by wingspan, measuring some 385 feet from wingtip to wingtip, and it looks downright bizarre from any angle. It’s long and wide and its dual fuselages look like something a kid might doodle in a notebook instead of taking notes in math class, but none of that really matters as long as it works.

The idea here is that the aircraft would carry a launch vehicle to a high altitude and it would be possible to do so thanks to the large space between its hulls.

A successful test flight is definitely a big step towards achieving what the company has set out to do, but there’s still a lot of work to be done. Earlier this year the company announced that it was beginning development on the air launch vehicles that will be carried by the Stratolaunch plane, eventually carrying payloads like satellites into Earth orbit.

Stratolaunch won’t be muscling into SpaceX’s territory for the foreseeable future, but the company seems intent on making its alternative launch system a reality, and competition is always good.