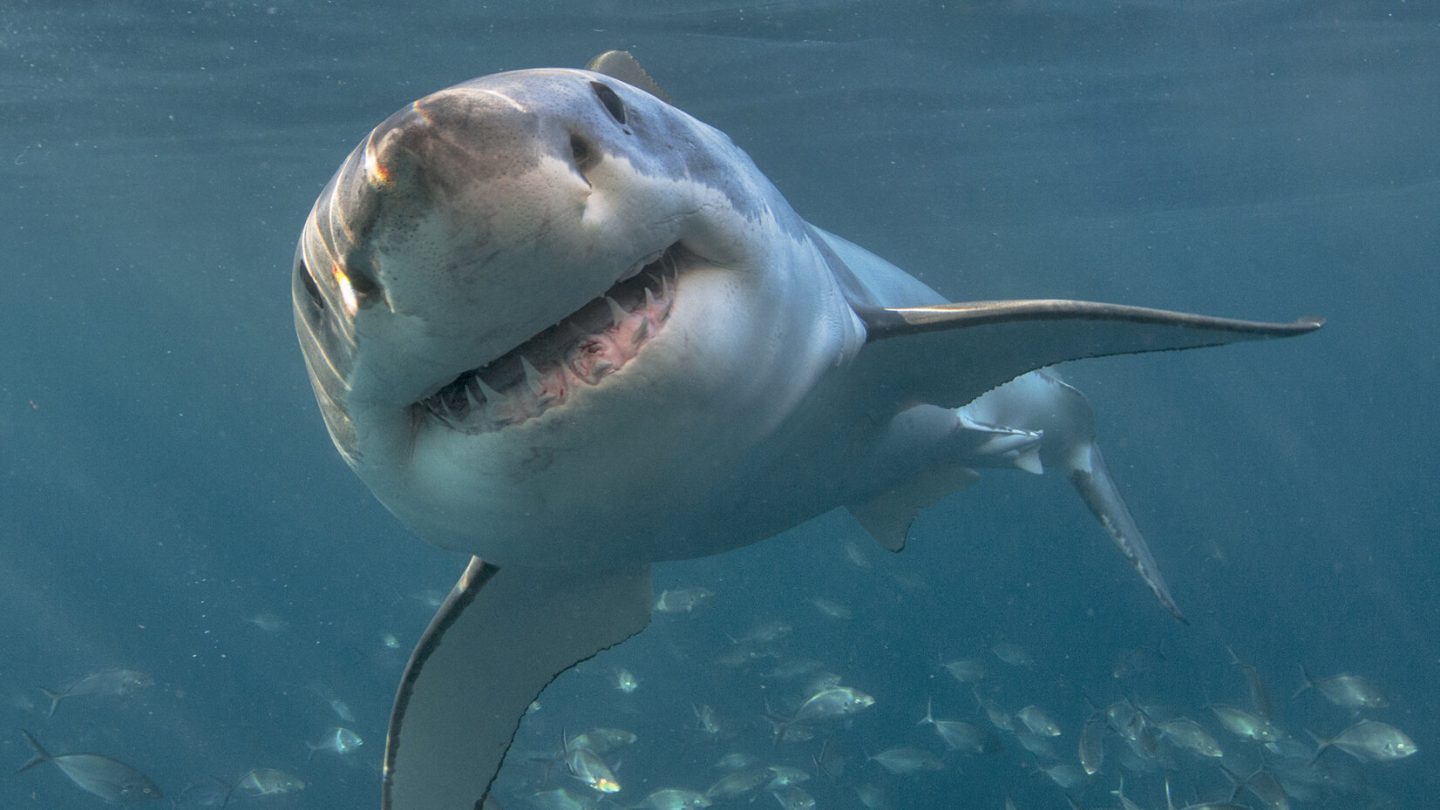 Here’s the thing: I couldn’t care less about sharks, or the slightly bizarre annual celebration of the ocean’s apex predators known as Shark Week. I feel like I need to state that from the outset — because even with that being the case, one of my favorite recent Internet discoveries is, well, a shark-tracking app. The app is the OCEARCH Shark Tracker, and I can’t stress these two points enough:

First, I was utterly blown away by what you learn from this app. Basically, it shows you the travels of sharks that researchers have tagged. Click on one of the dots in the map’s ocean, and it brings up every place where a particular shark’s tracker has pinged. A menu pops up, and you can see photos as well as read about the individual sharks in fantastic detail. From their names, to their ages and species. Whenever these sharks’ trackers have pinged, the spot is marked as a dot, all of which are plotted in a line — up to the last point where the tracker emitted a signal. For most of these bad boys, the paths that have been plotted are truly insane. They apparently swim like tireless demons, often traversing the length of, for example, the entire Eastern Seaboard of the US. And this brings me to the second of two points I noted above.

The perfect app for Shark Week

There is a comments section for each shark that’s tracked in the OCEARCH app. And this comment section is so hilarious, it’s truly sublime. So much so, that I’m putting a line in the sand here and now:

The comments section of the OCEARCH Shark Tracker is one of the last oases of pure joy on the Internet.

We’ll get to that shortly. In the meantime, the annual Shark Week celebration ends on Sunday. This mobile app, though, gives you a fun way to stoke your interest in sharks anytime. Here’s what you see, as soon as you open it up (I’m running the iPad version, by the way): 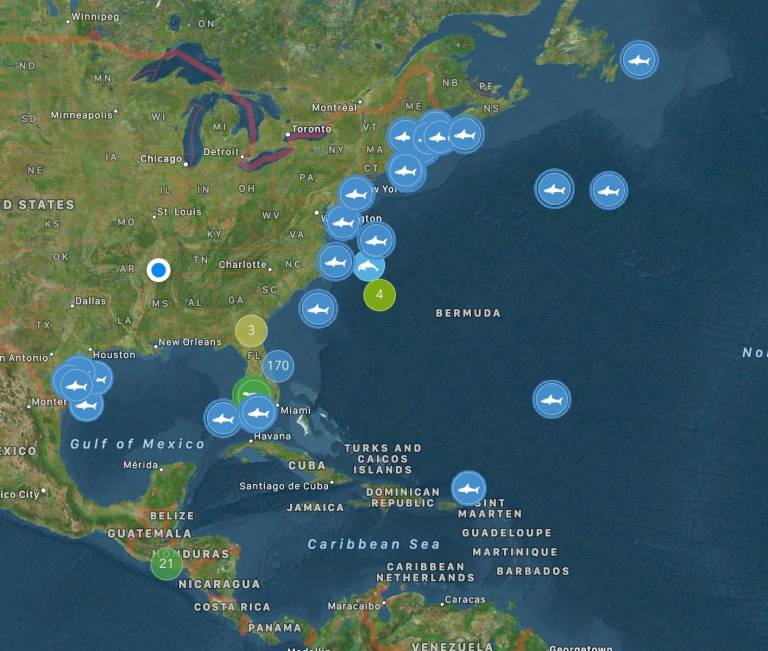 See those two sharks that are kind of off on their own, side by side, in the upper right?

Let’s click on one of them. I’m going with the dot on the right. After I click on it, the app shows me a dossier on a shark named “Brunswick.” It looks like this: 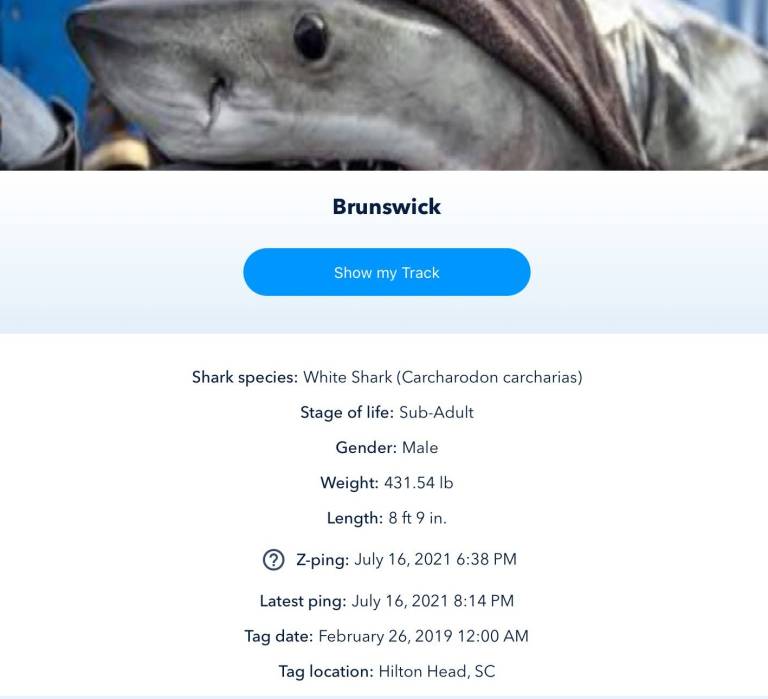 Clicking on the blue bubble that says “Show my Track” will bring up a map charting everywhere my boy Brunswick has been since he was tagged (which took place in February 2019, as you can see above). By the way, the difference in “latest ping” and “Z-ping” seems to be the following: The former apparently refers to the last good, solid, official reading that was received from the shark’s tracker. The Z-ping seems to be the last kind-of/sort-of reading they got from the tracker. It’s just that researchers didn’t actually get a complete reading, for whatever reason.

Anyway, look at how busy Brunswick has been over the last two years — or, going on three Shark Weeks now: 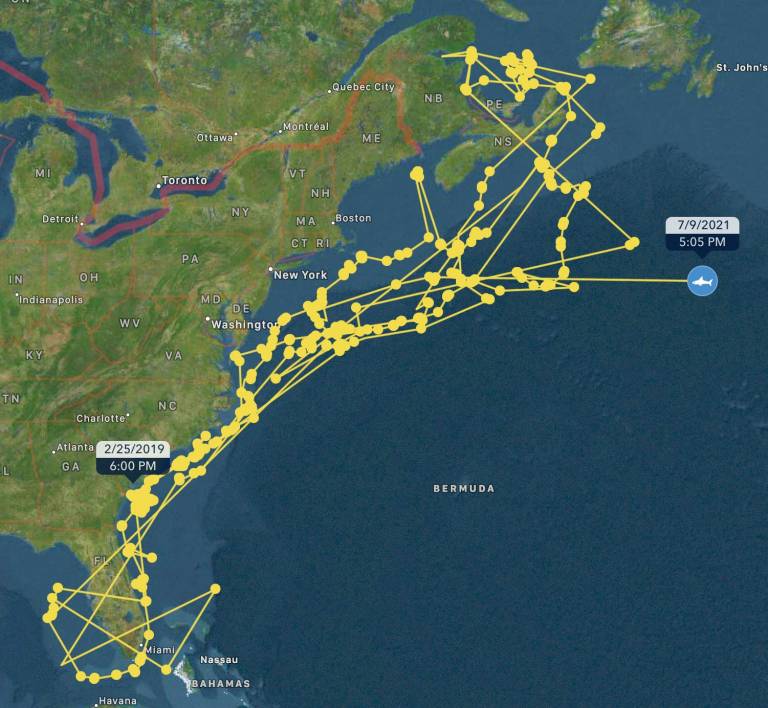 And now we come to my favorite part of the app: The user comments. Here’s a selection of some of the best ones that users have left on Brunswick’s page:

The rest of you can watch all kinds of terrifying Shark Week 2021 content this weekend, something that the folks at Discovery have you well-covered on. Again, the official Shark Week programming runs through Sunday. Me? I’m going to be over here playing with the OCEARCH app.

At the moment, I’m actually trying to catch up on where a white shark named Ironbound is going to show up next. Based on his picture in the app, he kind of looks like a Game of Thrones White Walker-style version of a shark. With a little bit of a red hue around his mouth that resembles blood.

Ol’ Ironbound weighs 998 pounds, is 12 feet, 4 inches long, and last pinged this past Tuesday off the coast of Nova Scotia. But, again, these user comments are killing me. On Ironbound’s page:

The OCEARCH app is free on the Apple App Store, and currently has a 4.9/5 rating (based on almost 6,000 user ratings as of the time of this writing). There’s also an Android version on the Google Play Store, as well.