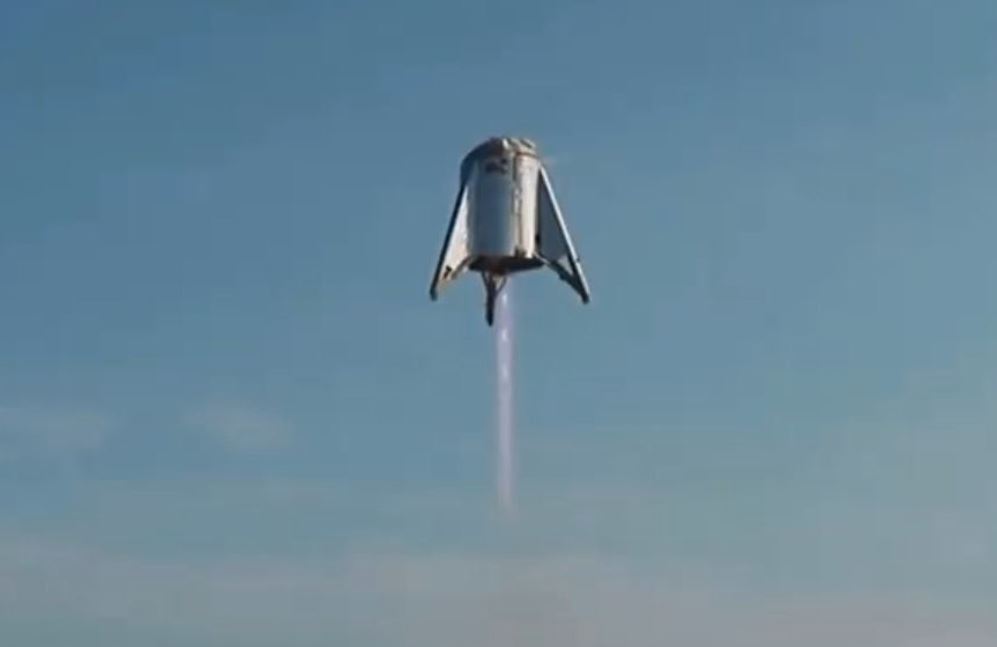 SpaceX’s Starhopper has had an interesting week. It was initially supposed to take off from the company’s Texas launch facility on Monday evening, performing what is expected to be the last of its test flights before the company begins testing larger versions of Starship. That didn’t happen, and while the details of exactly went wrong are scarce, the company clearly knew how to correct them in short order.

Just one day later, SpaceX was ready to try again, and this time Starhopper’s powerful booster ignited as planned, lifting the spacecraft to an altitude of around 150 meters before it gently returned to solid ground.

The brief launch, which you can watch in full in the video below, was a major success for SpaceX and its Starship program.

It was the most ambitious of Starhopper’s “hop” tests to date, and signals that the company is likely ready to move forward and begin testing versions of its Starship vehicle that are closer to the final product. Eventually, SpaceX believes variants of Starship will carry humans to other planets, with the primary target being Mars.

Monday’s last-second abort was peculiar for a number of reasons, not least of which was that Musk’s explanation of the issue seemed incredibly mundane. The SpaceX boss stated that there was a problem with Starhopper’s ignition system and even went so far as to call the oversight “embarrassing.” Still, the fact that the SpaceX team was able to correct the problem in a 24-hour turnaround is a credit to them.

We still don’t know exactly when the company will be ready to fire up its larger-scale versions of Starship, but it’s expected to happen sooner rather than later. SpaceX expects those tests to begin this year, and perhaps even as soon as late September or October.