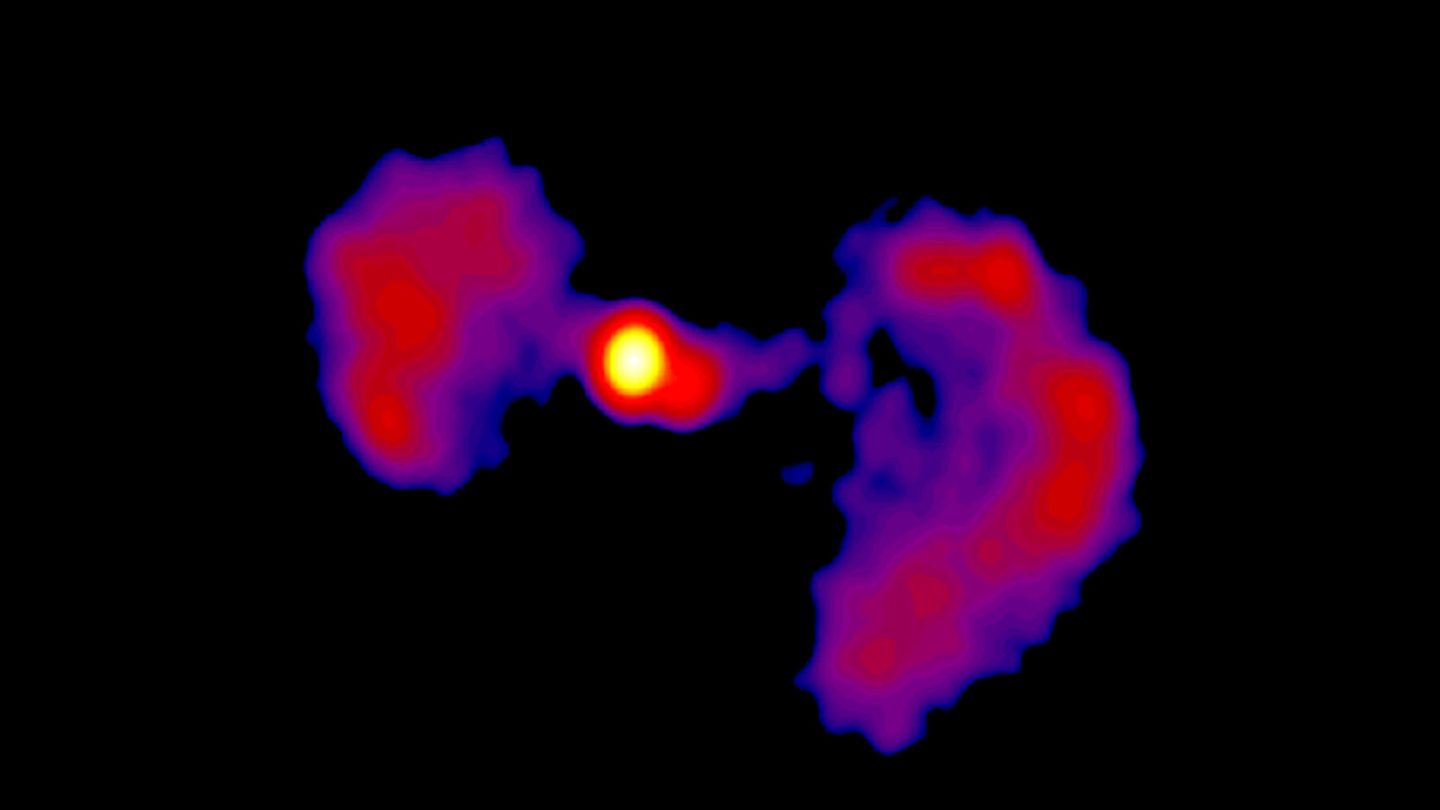 Most of what I know about space I learned from Star Wars. Okay, that’s not true, but most of what I wish existed in space is definitely based on the Star Wars universe. So, you can imagine my excitement when NASA posted an image of a distant galaxy called TXS 0128+554. It’s not the contents of the galaxy itself that excites me — though perhaps there are abundant alien worlds and a struggle between an empire and some rebels going on there — but rather its appearance.

I mean, just look at it. That’s most definitely a TIE Fighter. NASA agrees, and in a new blog post, the space agency offers an explanation for why the galaxy appears as it does in these radio images.

The galaxy, which was discovered using the Fermi Gamma-ray Space Telescope, emits radio waves in a very distinct pattern. The would-be “wings” of the TIE Fighter are believed to be the result of energy spewing from the center of the galaxy, which is likely a black hole.

“After the Fermi announcement, we zoomed in a million times closer on the galaxy using the VLBA’s radio antennas and charted its shape over time,” Matthew Lister, lead author of a study of the galaxy published in The Astrophysical Journal. “The first time I saw the results, I immediately thought it looked like Darth Vader’s TIE fighter spacecraft from ‘Star Wars: Episode IV – A New Hope.’ That was a fun surprise, but its appearance at different radio frequencies also helped us learn more about how active galaxies can change dramatically on decade time scales.”

While the images from Fermi do a good job of showing the shape of the radio emissions, NASA’s own computer renderings offer us a new look, and it explains why one “wing” of the galaxy appears larger to us than the other.

“The real-world universe is three-dimensional, but when we look out into space, we usually only see two dimensions,” Daniel Homan, co-author of the study, explains. “In this case, we’re lucky because the galaxy is angled in such a way, from our perspective, that the light from the farther lobe travels dozens of more light-years to reach us than the light from the nearer one. This means we’re seeing the farther lobe at an earlier point in its evolution.”

Unfortunately (for me), this awesome galaxy isn’t exactly nearby. It sits roughly 500 million light-years from Earth, which means visiting it will be out of the question for the foreseeable future. Bummer.