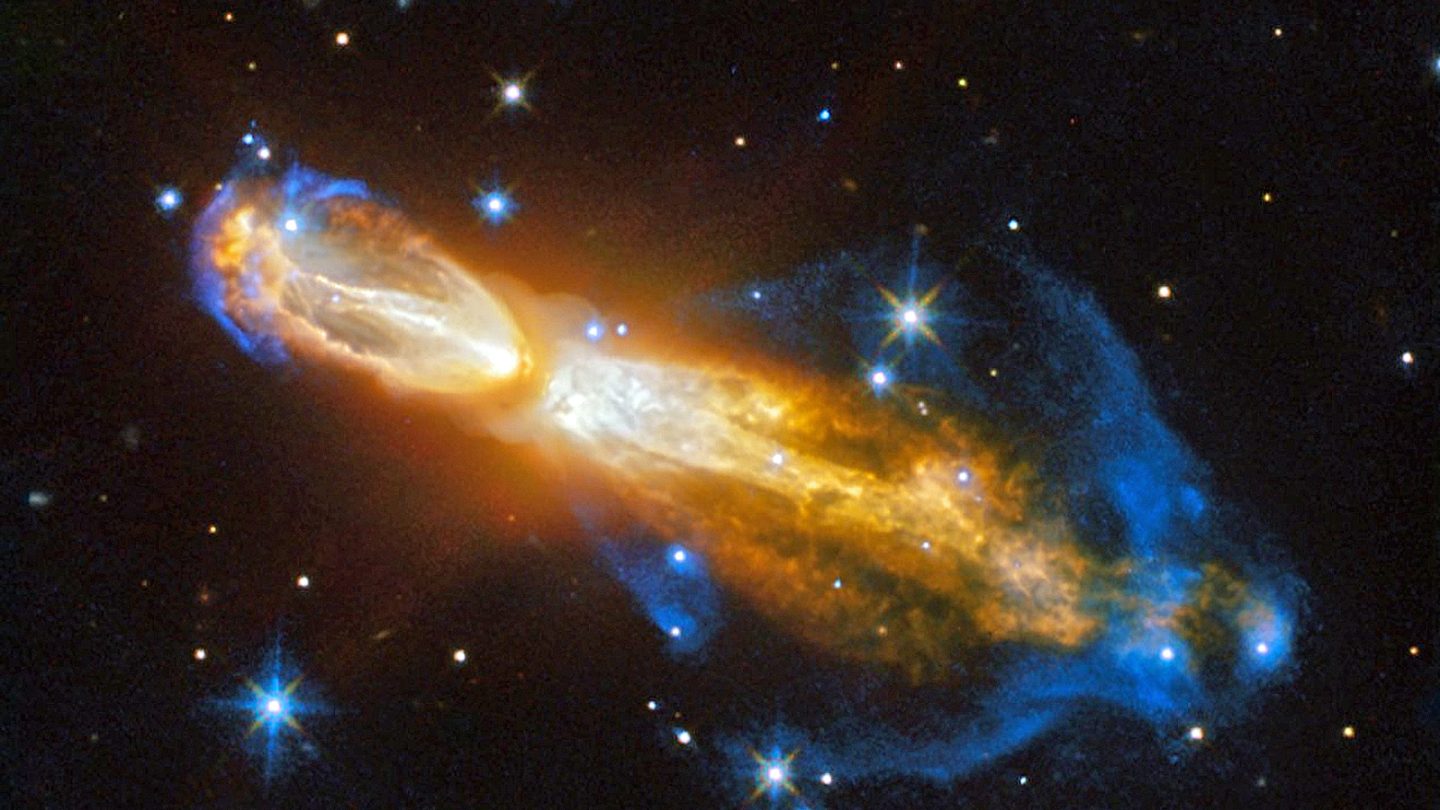 Just like us, stars are born, live, and die, and while plenty of sci-fi movies have taken artistic liberties with their own depictions of stars dying, a new photo captured by the ever reliable Hubble Space Telescope shows what a star actually looks like while it’s in the throes of death.

The photo shows the Calabash Nebula, which was a red giant star before finally dying in process that takes many hundreds of Earth years. The nebula is spewing material out at an extremely high rate of speed, with some of the gas flying through space at over 600,000 miles per hour.

The Calabash Nebula is also sometimes called the “Rotten Egg Nebula” due to the fact that it contains a large amount of sulphur. It’s located over 5,000 light-years away, which isn’t exactly in our backyard, but Hubble was able to capture the stunning photo thanks to the use of powerful filters to separate the various wavelengths of light. By only allowing the light created by ionized atoms of hydrogen and nitrogen, Hubble’s camera was able to produce an extremely detailed and striking image.

Like the star that created the Calabash Nebula, our own sun is a low-mass star which will eventually begin to burn helium and turn into a red giant itself. Once it has exhausted its supply of helium at its core it will shrink and eventually explode into a nebula like the one seen in the photograph, but we can take some small comfort in knowing that we’ll be long gone before that happens, one way or another.