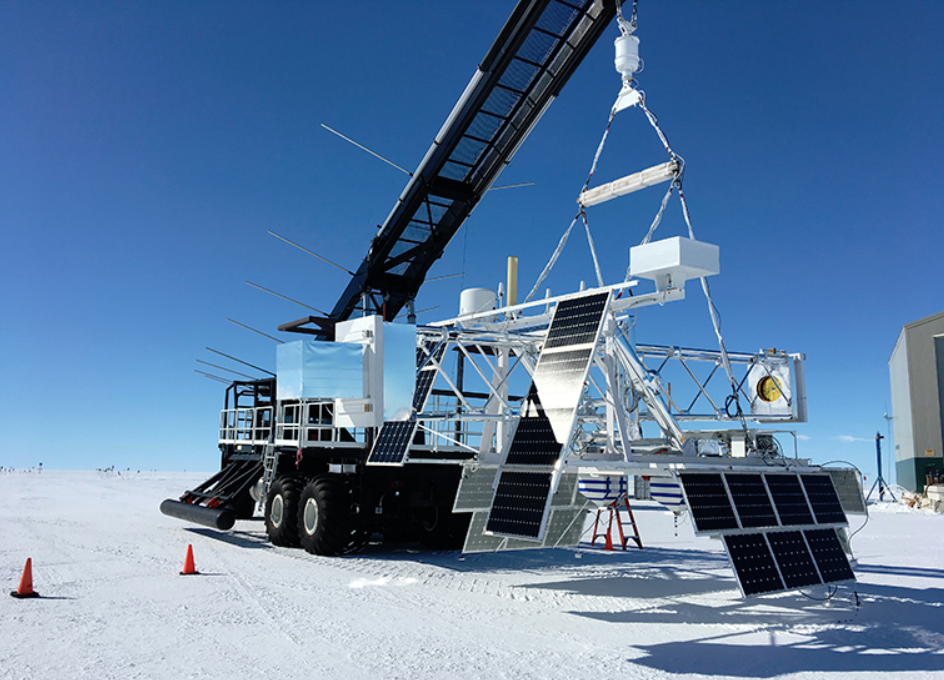 We’re all pretty familiar with spacecraft like the Hubble telescope giving us lovely glimpses of distant stars, but you don’t have to strap a telescope to a rocket in order to put it in the right position to capture far-off objects in space.

In a new project from Washington University, researchers have sent a helium balloon high above Antarctica that is equipped with a powerful telescope. The telescope, called X-Calibur, slowly traveled up to an incredible height of 130,000 feet, which just happens to be a great place to peer deep into the heavens.

At 130,000 feet the balloon sits far above where any commercial aircraft would dare travel, and because it will have bypassed 99 percent of Earth’s atmosphere it’ll get a clear view of space. This allows the telescope to study distant stars more efficiently than would be possible with similar telescope technology based on the ground.

“Our prime observation target will be Vela X-1, a neutron star in binary orbit with a supergiant star,” Professor Henric Krawczynski said in a statement. “The results from these different observatories will be combined to constrain the physical conditions close to the neutron star, and thus to use Vela X-1 as a laboratory to test the behavior of matter and magnetic fields in truly extreme conditions.”

There are lots of benefits to using a balloon to send a telescope to incredible heights as opposed to firing a space-based telescope into orbit with a rocket. The cost savings is obviously huge but, compared to an orbiting telescope, the X-Calibur won’t have nearly as long to study its target. In fact, The balloon will only keep the observatory aloft for a little over a week, so time is of the essence.

The research should tell us a lot about what makes neutron stars tick, potentially breaking new ground in the study of the volatile stars.