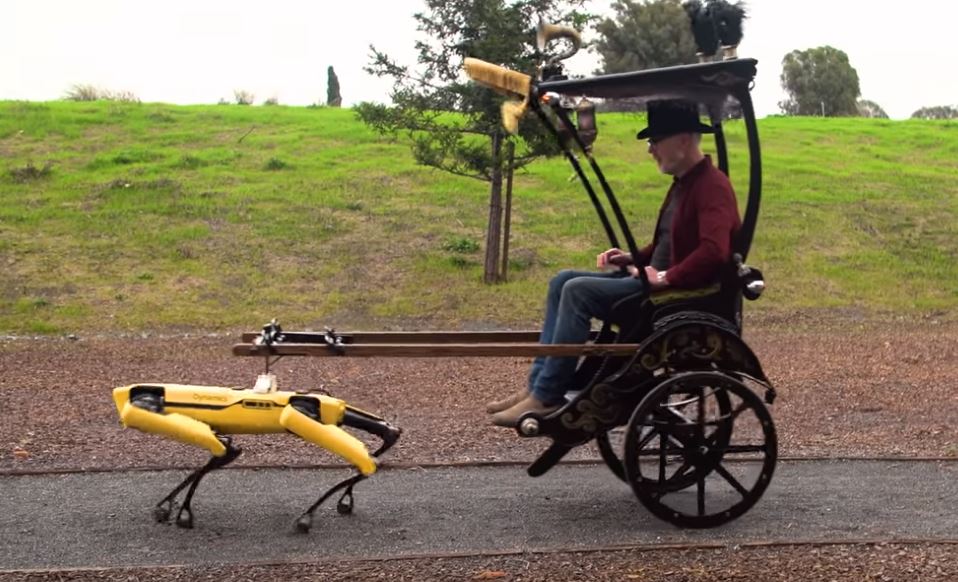 Boston Dynamics has been striking fear into the hearts of the general public for years now. The company’s robotic creations are incredible, and sometimes a little bit scary, but generally speaking, they’re just really, really impressive pieces of technology. In the newest episode of Tested, hosted by Adam Savage, the former Mythbuster turns one of Boston Dynamics’ most iconic creations into a method of transportation.

In the video, the robot “dog” Spot stars as a rickshaw puller, hauling Savage around at relatively modest speeds. However, if you think getting a robot dog to pull you around is a simple endeavor, you should probably think again.

There are a number of hurdles Savage has to overcome during his time working with Spot and his delightfully retro rickshaw. From deciding where to attach the carriage to the robot to getting Spot to pull the added weight without losing its footing, there’s a lot of work that goes on during this half-hour YouTube episode.

Spot, of course, was never meant to tow much of anything, and especially not an entire adult in a carriage. Still, the quirky little bot manages to tug hard enough that Mr. Savage can kick back and relax for a bit. It’s not exactly the fastest way to get around, and it looks like even just walking might actually be faster in the long run, but seeing how the host tackles the different challenges that come his way makes for an interesting viewing experience.

Boston Dynamics has had an interesting few years. The company, which was borne out of the Massachusetts Institute of Technology, was owned by Google for several years before being put up for sale. The company was for sale for a considerable amount of time before eventually being bought up by SoftBank Group out of Japan.