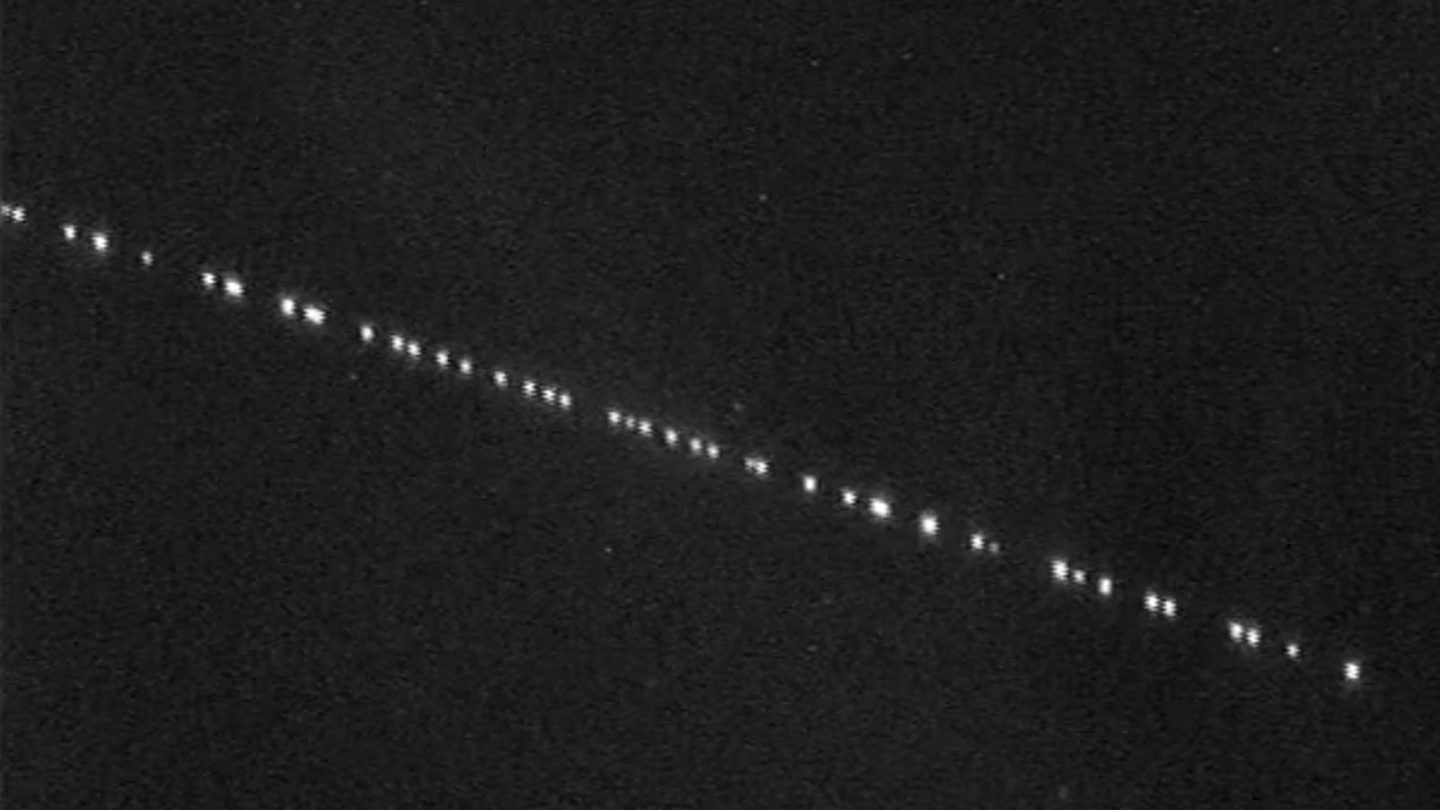 Last week, SpaceX successfully launched its very first satellite-packed Starlink mission, with dozens of the tiny communications devices traveling to Earth orbit on top of a Falcon 9 rocket. It’s the first of many such missions the company has planned, and eventually the pint-sized spacecraft will work in tandem to create a communications network that could provide high-speed internet to remote areas where no other options are available.

It’s an incredibly ambitious plan, and it’s going to require thousands of satellites in order to operate at its intended capacity. Last week’s launch sent 60 of the satellites skyward, and a new video shows all of the tiny objects in a “train” formation moving across the sky roughly a day after they were first deployed.

The video, shot by Marco Langbroek in the Netherlands, is nothing short of awesome:

Launching 60 satellites at once might seem a bit over-the-top but SpaceX plans to launch well over 10,000 of them before it’s done. Up to six Starlink missions are on the table for 2019 alone, with dozens of the tiny satellites traveling on each of those trips.

SpaceX says that it could potentially begin offering service from its data network as early as later this year, which would assume that the company is able to launch as many of the Starlink missions as it intends to over the next several months. It says just six launches would be required for it to begin offering its services, with additional launches bolstering its capabilities over time.

“SpaceX is developing a low latency, broadband internet system to meet the needs of consumers across the globe,” the company explains. “Enabled by a constellation of low Earth orbit satellites, Starlink will provide fast, reliable internet to populations with little or no connectivity, including those in rural communities and places where existing services are too expensive or unreliable.”