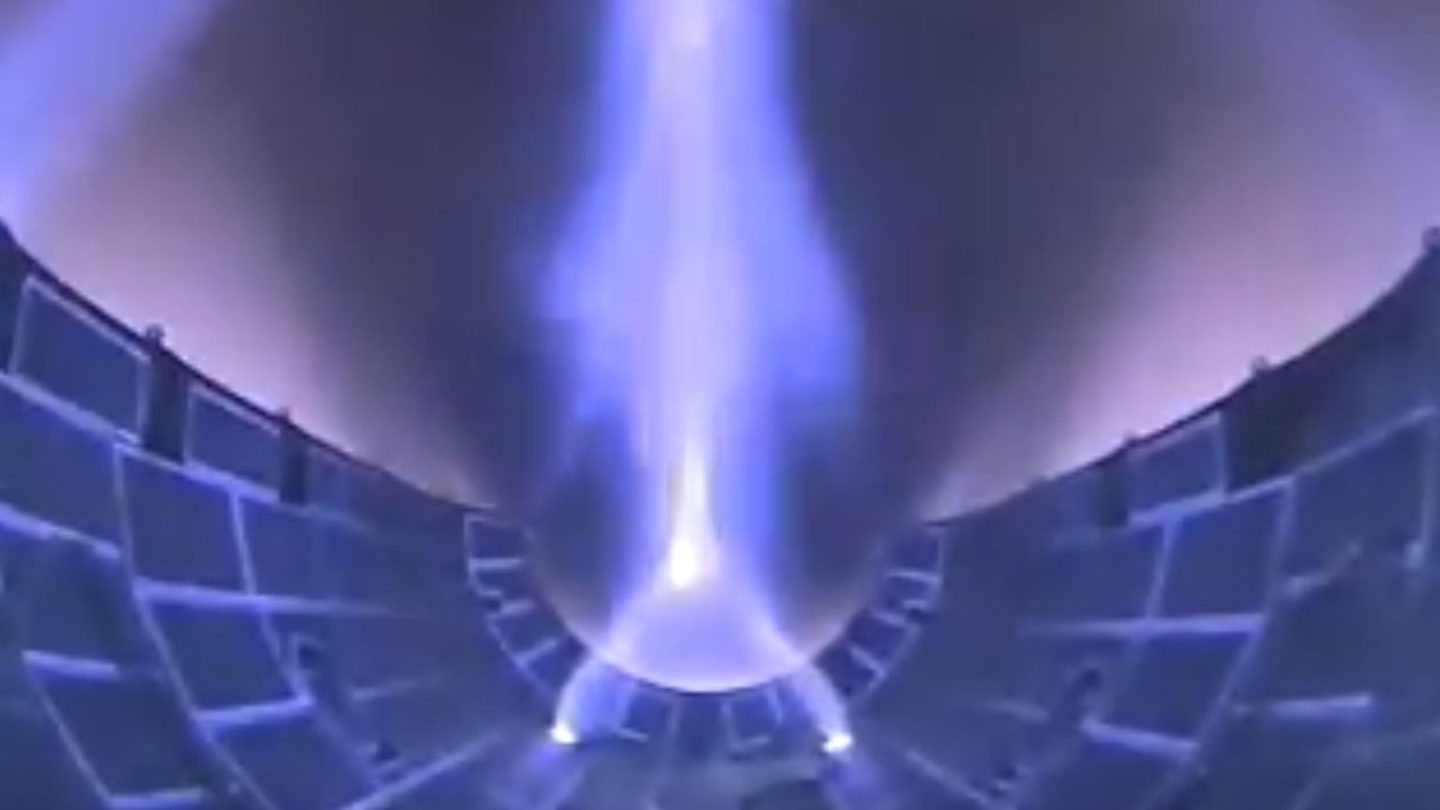 It took SpaceX several tries to catch one of its rocket nosecones during an actual mission, but it finally accomplished that feat late last month when one half of the Falcon Heavy’s nosecone safely landed aboard the company’s barge. It was a huge step towards making fairing recovery (and reuse) more routine, and SpaceX is mighty proud.

The company is so proud, in fact, that it’s celebrating the accomplishment a second time with the release of video footage recorded from a camera installed on the fairing itself. If you’re thinking that footage of half of a nosecone tumbling back down to Earth wouldn’t be all that interesting, allow SpaceX to prove you wrong.

The video, which was shot from a camera positioned inside the protective fairing shell, is absolutely hypnotic. First, you’ll see the fairing break free of its other half, tumbling away from the rocket and back toward Earth. That’s when the real fun begins.

“When the fairing returns to Earth, friction heats up particles in the atmosphere, which appear bright blue in the video,” SpaceX explains, but that description barely does the video justice. Behold:

View from the fairing during the STP-2 mission; when the fairing returns to Earth, friction heats up particles in the atmosphere, which appear bright blue in the video pic.twitter.com/P8dgaIfUbl

Now that is a seriously gorgeous sight. As an added bonus, SpaceX boss Elon Musk also tweeted out a video showing the fairing making its successful landing on the net-covered barge nicknamed Ms. Tree.

SpaceX stands to save millions of dollars per launch if it can make a habit of catching the fairing halves before they splash down in the ocean. Salty seawater can wreak havoc on the sensitive components of the nosecone, and catching them before they reach the ocean makes it possible to reuse them without much additional work.

We’ve yet to see the company launch a used (or “flight proven,” as SpaceX likes to call it) fairing, but now that it’s caught one, that day may not be far away.