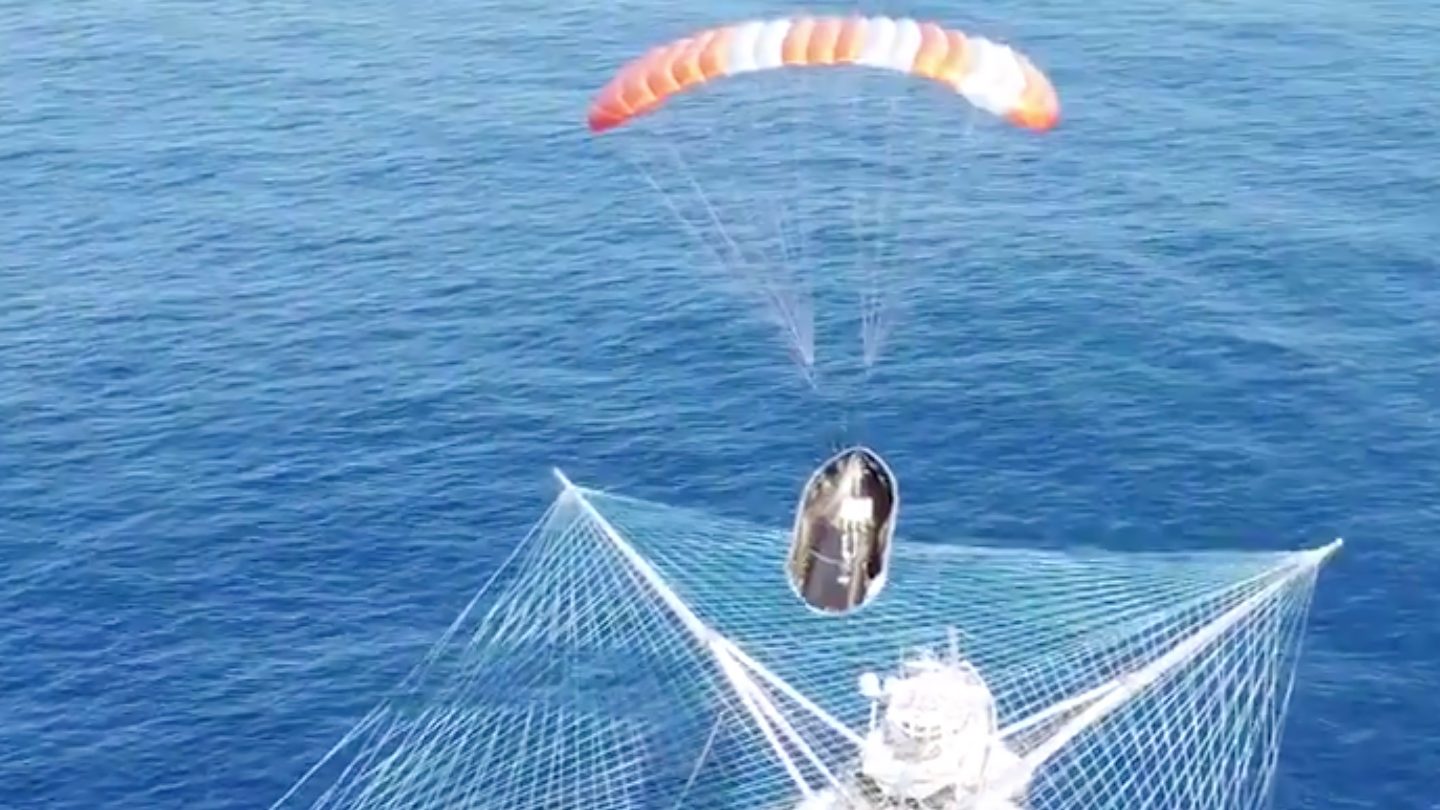 SpaceX has been wildly successful in just about every one of its efforts. The company was the first to make reusable rocket technology both safe and reliable, and it’s proven that by launching the same rockets over and over and over again. The company’s Starlink internet service is growing rapidly, and while it’s still in its beta state, it looks like an incredibly promising start to a service that could provide high-speed data access to countless people in areas where it wouldn’t otherwise be available. It’s even making steading progress on its pie-in-the-sky Starship program, though that’s still in a very early state.

The company has proven to be good at almost everything… almost. It seems that the incredibly taxing efforts to catch the nosecone fairings from its Falcon 9 rockets before they hit the corrosive ocean water have come to an end. SpaceX spent many months honing its skills and slowly getting better at catching the nosecone halves so they could later be reused, but as anyone that watches SpaceX launches has noticed, it’s clearly given up on that front.

As SpaceXFleet explains, SpaceX’s fairing recovery program was ultimately successful, at least to a point. A total of 9 fairings were eventually caught by the company’s twin recovery ships, Ms. Tree and Ms. Chief, but that’s a pretty small number when you consider that nosecone recovery was being worked on for years.

Over 50 fairing catches were attempted and less than 10 returned positive results. That’s a disappointing percentage and, with SpaceX seemingly getting better and better at recovering and refurbishing its fairings after they’ve splashed down in the ocean, SpaceX seems to have decided that it wasn’t worth trying to catch them anymore at all.

SpaceX is big on analytics — you have to be when you’re building rockets from scratch — and that’s what led the company to attempt to catch the fairings in the first place. The idea being that catching them would save a lot of money since they could be reused rapidly and wouldn’t risk being damaged by the salty ocean water. It’s likely that the company crunched the numbers and determined that the cost of the ships and the operations to catch the fairings didn’t provide cost savings over just picking them up from the ocean and doing a bit more work to refurbish them.

In any case, SpaceX boss Elon Musk has already confirmed that there will be no more fairing catch attempts and both Ms. Tree and Ms. Chief have been stripped of their SpaceX branding and seemingly sold off.

They will be recovered from the water & reused

Watching SpaceX attempt to catch the components was a lot of fun, and while it was definitely a good idea, it just didn’t pan out. Going forward, SpaceX will still be reusing its nosecones, but they’ll just be a little bit wetter when they make it to port.