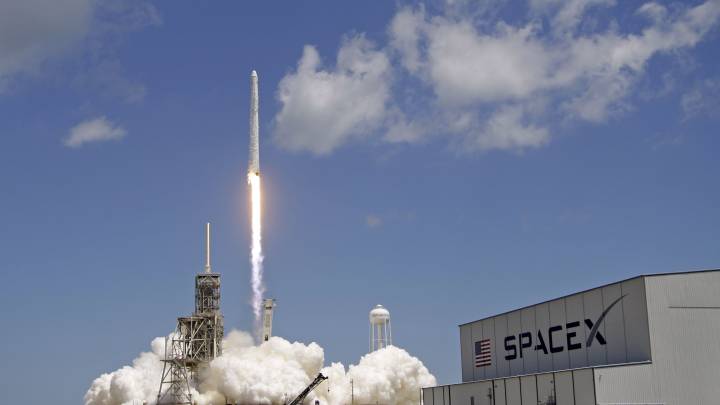 This morning, SpaceX launched a used Falcon 9 rocket with a hefty payload of 10 satellites that it successfully delivered into orbit. Such a thing has become business as usual for the commercial spaceflight startup, but today was somewhat special in that the company decided to attempt to recover half of the rocket’s nosecone, called a fairing, before it slammed into the ocean. You might remember SpaceX trying and failing to this very thing in late February.

This second attempt seemed pretty promising, with Elon Musk previously promising to figure out a way to direct the fairing’s descent as it glided on parafoils. Well, funny things happen when you’re trying to do something nobody has ever done before, and SpaceX’s recovery ship once again failed to catch the fairing as it fell. This time, however, there was a completely new reason for the shortcoming.

Put simply, the turbulent air bouncing off of the fairing as it descends is screwing up the parafoil and preventing it from adequately slowing the fall. The fact that the parafoil “twisted” suggests that it was doing very little to aid in a soft landing, and it’s likely that the fairing slammed into the water at enough speed to cause serious damage to the component.

SpaceX is no stranger to failure. The company tried and failed to land its Falcon 9 rocket many, many times before eventually succeeding, and today the company’s launches and rocket returns have become so common they barely draw interest. In time, the recovery of the fairing (and potentially other valuable rocket components) will likely become routine as well, but for now it’s still a problem that Musk needs to solve.