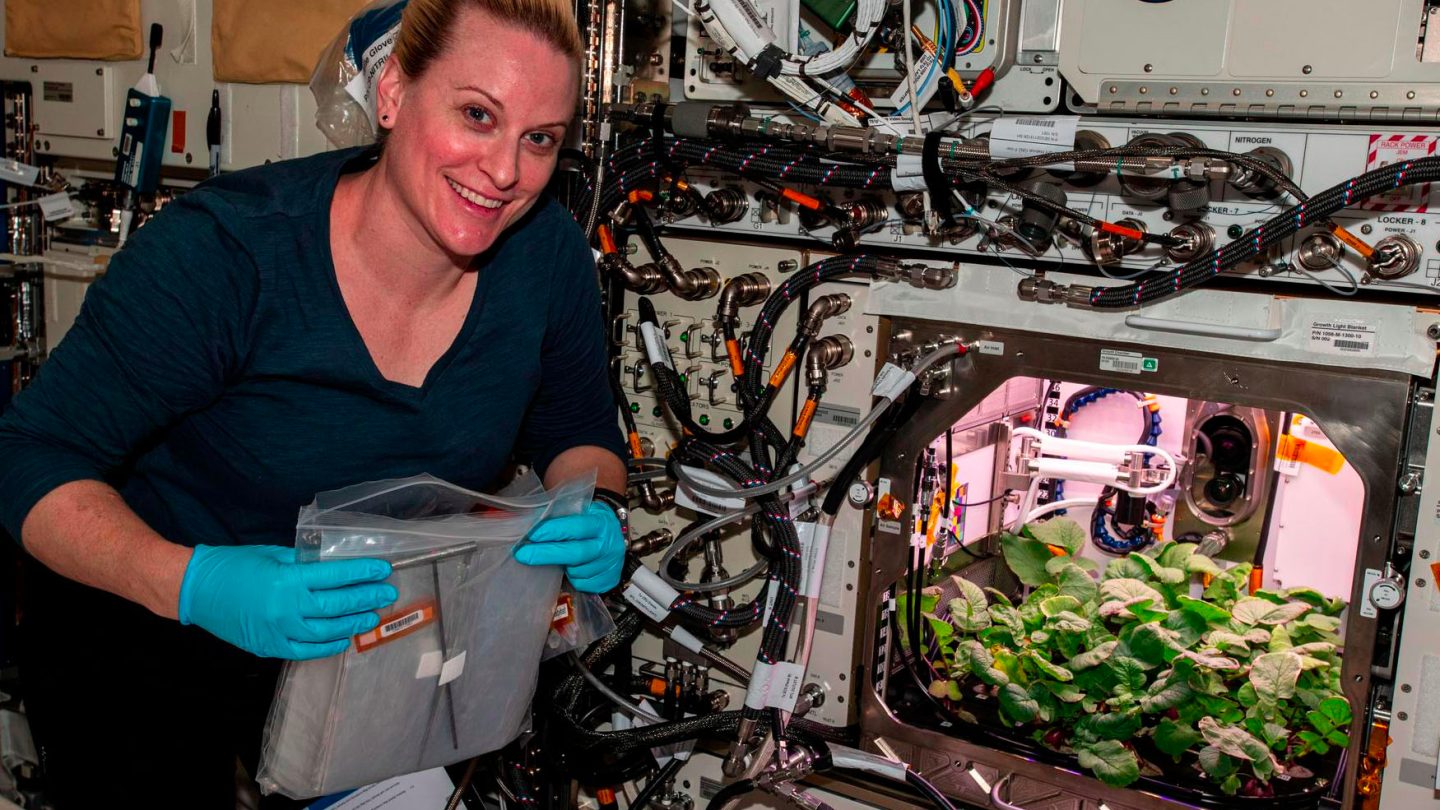 If humans ever hope to colonize other planets or travel outside of our own solar system, we’re going to have to need a steady supply of food available for the brave travelers to consume. One way of ensuring that food is plentiful during such a mission would be to grow and harvest crops at the destination planet or, even better, onboard the spacecraft that is making the trip.

To that end, NASA has been slowly working to master the art of growing things in space. Most recently, astronauts aboard the International Space Station were tasked with growing radishes in the APH, or Advanced Planet Habitat. The process was delicate, with lots of preparation, but ultimately it all paid off in the form of healthy, perfectly edible radishes. And what do we do with edible radishes? We eat them.

After harvesting the radishes in early December, the radishes were compared with a control group of radishes that were grown under identical conditions back on Earth. The aim was to see if there was any real difference between growing the veggies on Earth as opposed to in the microgravity environment of space. If that was the only variable that was different, any changes in the end product could likely be attributed to the differences between the Earth environment and the lack of gravity on the ISS.

The good news is that the radishes were just as healthy as those grown on Earth. After being harvest, some were saved for a trip back to Earth where they will be studied and compared more closely with the control group, but that left several radishes that could be eaten by the crew.

Typically, astronauts eat prepared meals and food items that are sealed up in plastic and stored for months at a time. They heat up their food in a special “space oven” of sorts, and sometimes require rehydrating. So, things like fresh vegetables aren’t exactly on the menu when you’re an astronaut in space, and eating the radishes was quite a treat for the crew.

The team reported that it was “a most enjoyable experience” and that the radishes were just as good as anything grown fresh and harvested back on Earth. Another crop of radishes will be grown now that the first batch has been harvested, giving the scientists back on Earth and in space a larger sample size to study and spot any differences between Earth veggies and space veggies.