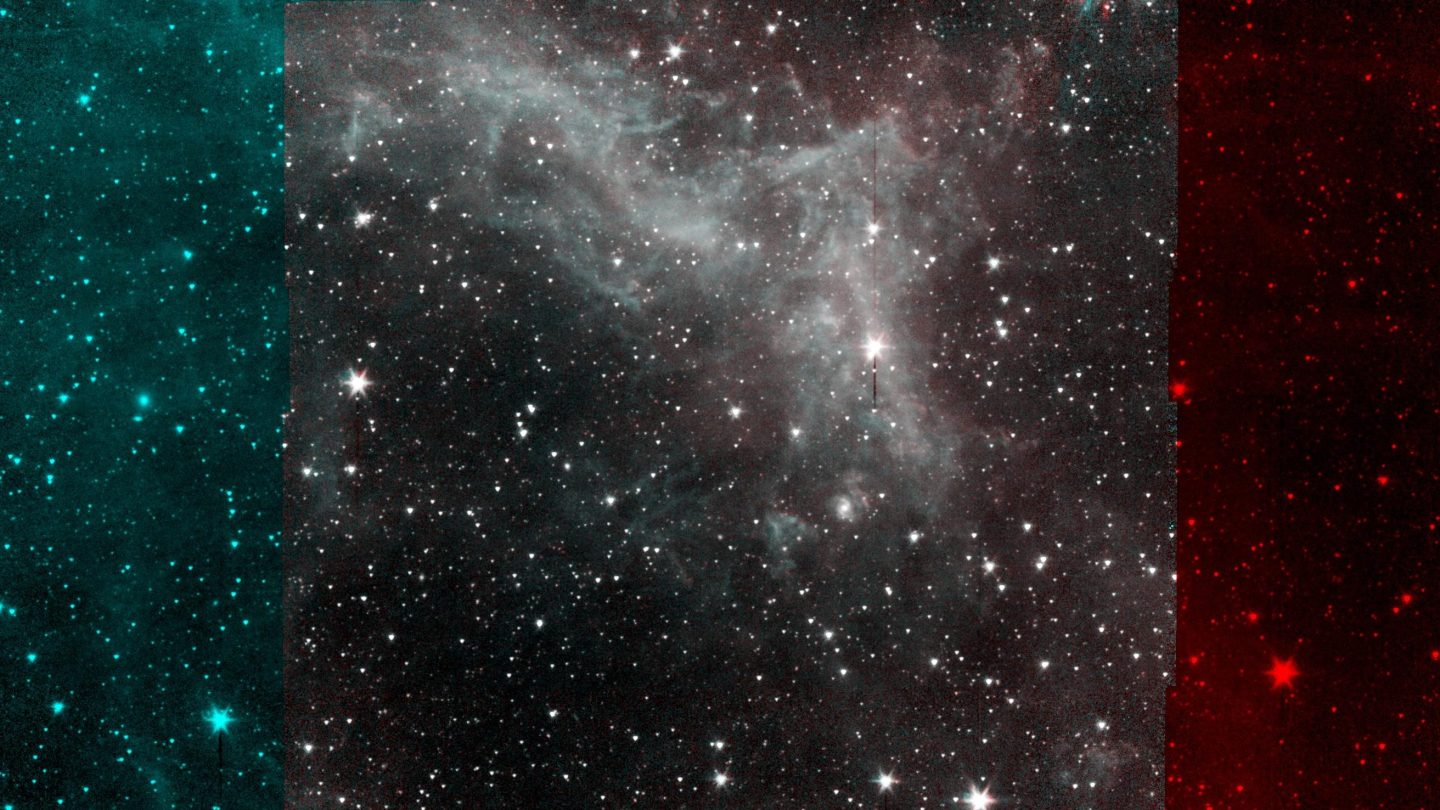 When NASA launched its Spitzer Space Telescope in 2003 it was hopeful that the spacecraft would spend up to five full years capturing gorgeous images of the cosmos. Five years is a very long time to be scanning the skies, but the space agency believed Spitzer was up for the job. It turns out that five years wasn’t just doable, it was a piece of cake. The spacecraft then went on to spend a total of over 16 years providing scientists with valuable observations.

Spitzer was finally decommissioned on January 30, 2020, but before NASA pulled the plug, it fired back one last, glorious image for us to remember it by.

What you see above is that final image. The mass of gas and dust is the California Nebula, located some 1,000 light-years from Earth. It doesn’t look much like California here, due to it being shot by Spitzer’s infrared camera, but when seen in the visible spectrum it vaguely resembles the state in shape.

“The visible light comes from gas in the nebula being heated by a nearby, extremely massive star known as Xi Persei, or Menkib,” NASA’s Jet Propulsion Laboratory explains. “Spitzer’s infrared view reveals a different feature: warm dust, with a consistency similar to soot, that is mixed in with the gas. The dust absorbs visible and ultraviolet light from nearby stars and then re-emits the absorbed energy as infrared light.”

Spitzer’s incredible mission and long life in space came to an end due to its increasing distance from Earth. The telescope wasn’t placed into Earth orbit, but rather a Sun-centric orbit similar to Earth. However, since the spacecraft wasn’t moving as fast as Earth does around the Sun, it slowly became more and more distant.

For Spitzer to communicate with Earth it had to maintain a specific orientation, pointing its antennas at our planet and beaming its observations to its handlers. When it did so, it had to turn its solar panels away from the light of the Sun. As the spacecraft drifted further away from our planet, these adjustments became more dramatic, and by the time NASA was prepared to call an end to the mission, the telescope could only communicate with Earth for around 2.5 hours before it had to adjust itself again.

Ultimately, NASA just couldn’t justify maintaining the telescope for much longer and late last year they decided to schedule its decommissioning.