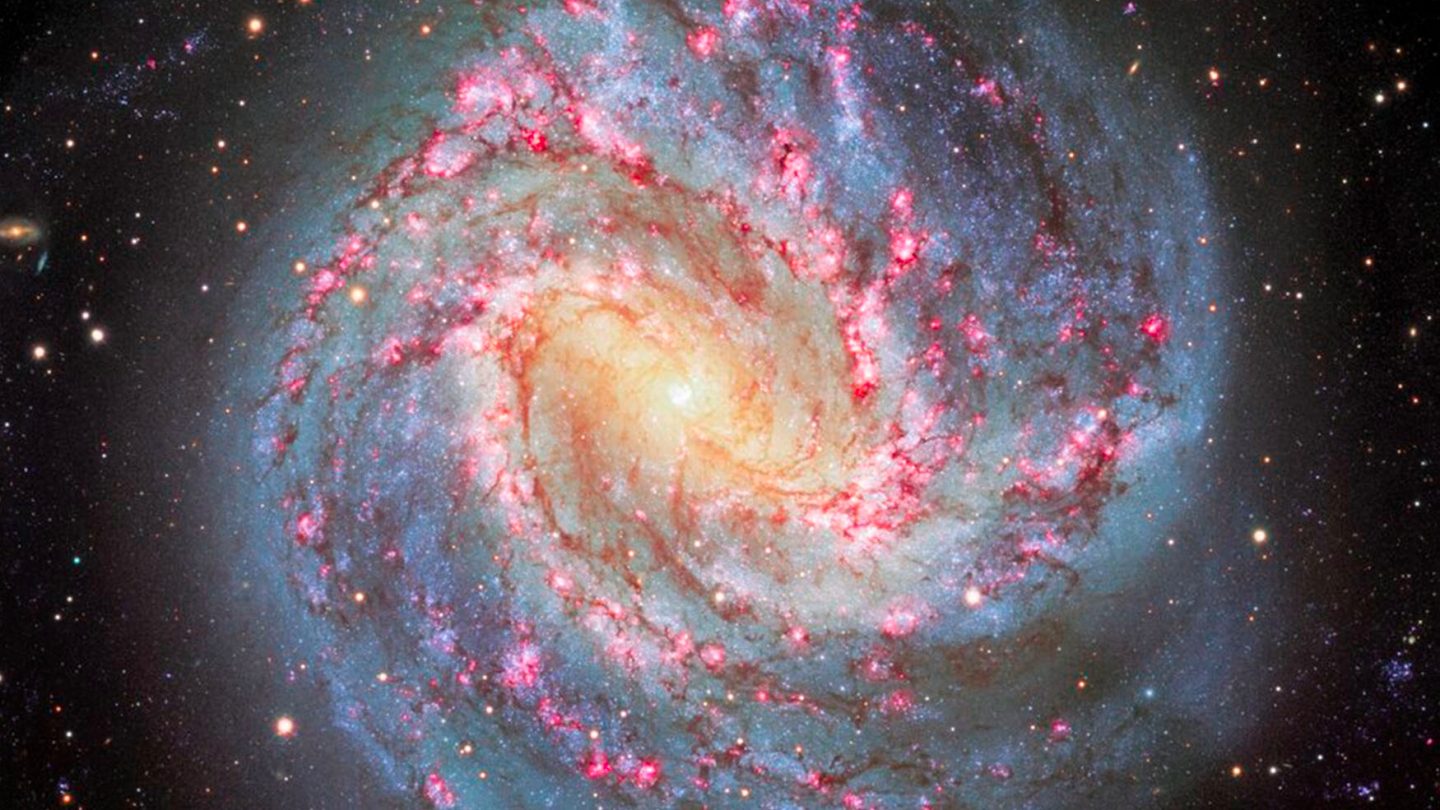 Thanks to space telescopes like Hubble and others, we’ve gotten to see some truly stunning images of distant structures in space. It seems like these pictures get better and better every year, and as technology marches on we can always count on new and even more glorious pieces of stellar eye candy coming our way. However, the latest image to leave our jaws on the floor comes from a telescope that was designed to scan the skies in a space survey, but now that it’s completed its primary mission, it’s returning some incredible observations of solo targets.

The DECam, which stands for Dark Energy Camera, spent roughly six years conducting an extensive space survey, and since it still has some life left and considerable power to play with, its handlers used it to observe the Southern Pinwheel Galaxy. The results speak for themselves.

The Southern Pinwheel Galaxy, also known as Messier 83, is located roughly 15 million light-years away. That’s a considerable distance, but DECam was built to reveal the secrets of the cosmos, so capturing some lovely images of the galaxy was a simple task by comparison.

“Built by the US Department of Energy (DOE), DECam is mounted on the Víctor M. Blanco 4-meter Telescope at CTIO in Chile,” NOIRLab explains. “DECam is a powerful instrument that uses 74 highly sensitive charge-coupled devices (CCDs) to take images. CCDs are the same devices that are used to take photos in everyday cell phones. Of course, the CCDs in DECam are much larger, and they were specifically designed to collect very faint red light from distant galaxies. This capability was crucial for DECam’s original purpose, the Dark Energy Survey.”

In this case, those 74 sensors captured an image of Messier 83 that looks so incredible that it’s hard to believe it’s real. The gorgeous twisting arms of the galaxy and incredibly bright core look gorgeous thanks to the cam’s highly capable hardware.

“While DECam has fulfilled its original goal to complete the Dark Energy Survey, it continues to be a valuable resource for the astronomical community, capturing sweeping views of objects like Messier 83 that both delight the senses and advance our understanding of the Universe,” Chris Davis of NOIRLab said in a statement.

The scientific questions that DECam was built to answer are still in the process of being answered, but while we wait to learn more about the universe we all live in, we can enjoy glorious pieces of stellar eye candy like this.