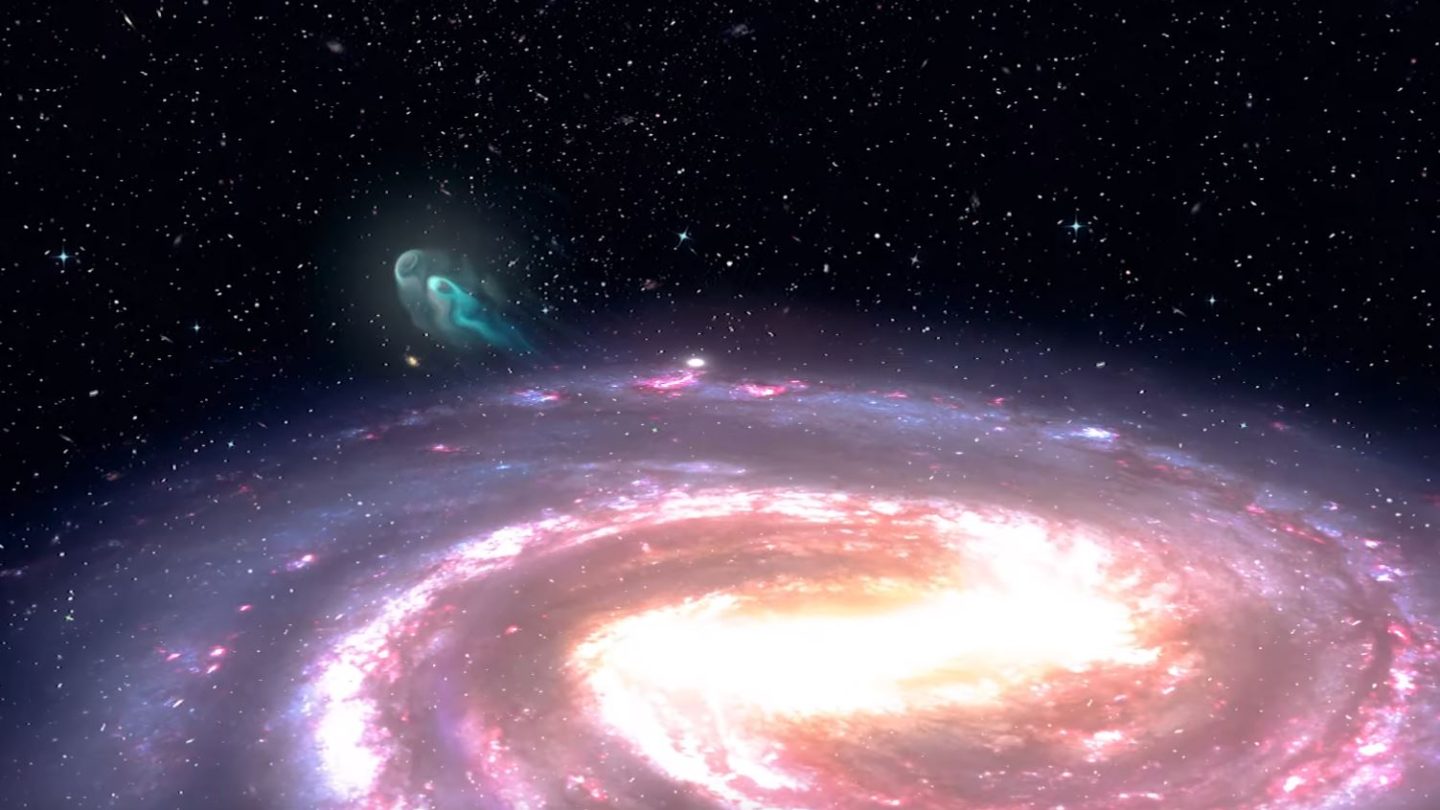 When you look up at the night sky you see a lot of stars that, in relation to our own planet, haven’t moved a whole lot in a very, very long time. But some of the stars in our home galaxy aren’t so lucky, and astronomers recently identified one in particular that is absolutely speeding its way out of the Milky Way, and they think they know why.

The star, known by its label S5-HVS1, got a little too close to the supermassive black hole at the center of our galaxy around five million years ago. When it did, the black hole flung it away at an incredible speed, and it’s moving so fast that it’s essentially been evicted from our galaxy.

“The velocity of the discovered star is so high that it will inevitably leave the Galaxy and never return,” explains Douglas Boubert, co-author of a new paper on the star that was published in Monthly Notices of the Royal Astronomical Society. But just how fast is “fast”?

The star, which was discovered during the Southern Stellar Stream Spectroscopic Survey, is believed to be traveling somewhere around 6 million kilometers per hour. Galaxies like the Milky Way are packed with stars that are always on the move, but rarely does a star reach those kinds of speeds. The researchers say that S5-HVS1 is cruising along at a rate that is roughly 10 times faster than its peers.

So, what does that mean for the star? Well, it’s not good. The star is on its way out of the Milky Way as we speak, and because of its incredible speed, it’s unlikely it would ever be able to “fall” back into our galaxy.

“This is super exciting, as we have long suspected that black holes can eject stars with very high velocities. However, we never had an unambiguous association of such a fast star with the Galactic Center,” lead author Sergey Koposov said in a statement. “We think the black hole ejected the star with a speed of thousands of kilometers per second about five million years ago. This ejection happened at the time when humanity’s ancestors were just learning to walk on two feet.”

Pour one out for S5-HSV1. We hardly knew ye.