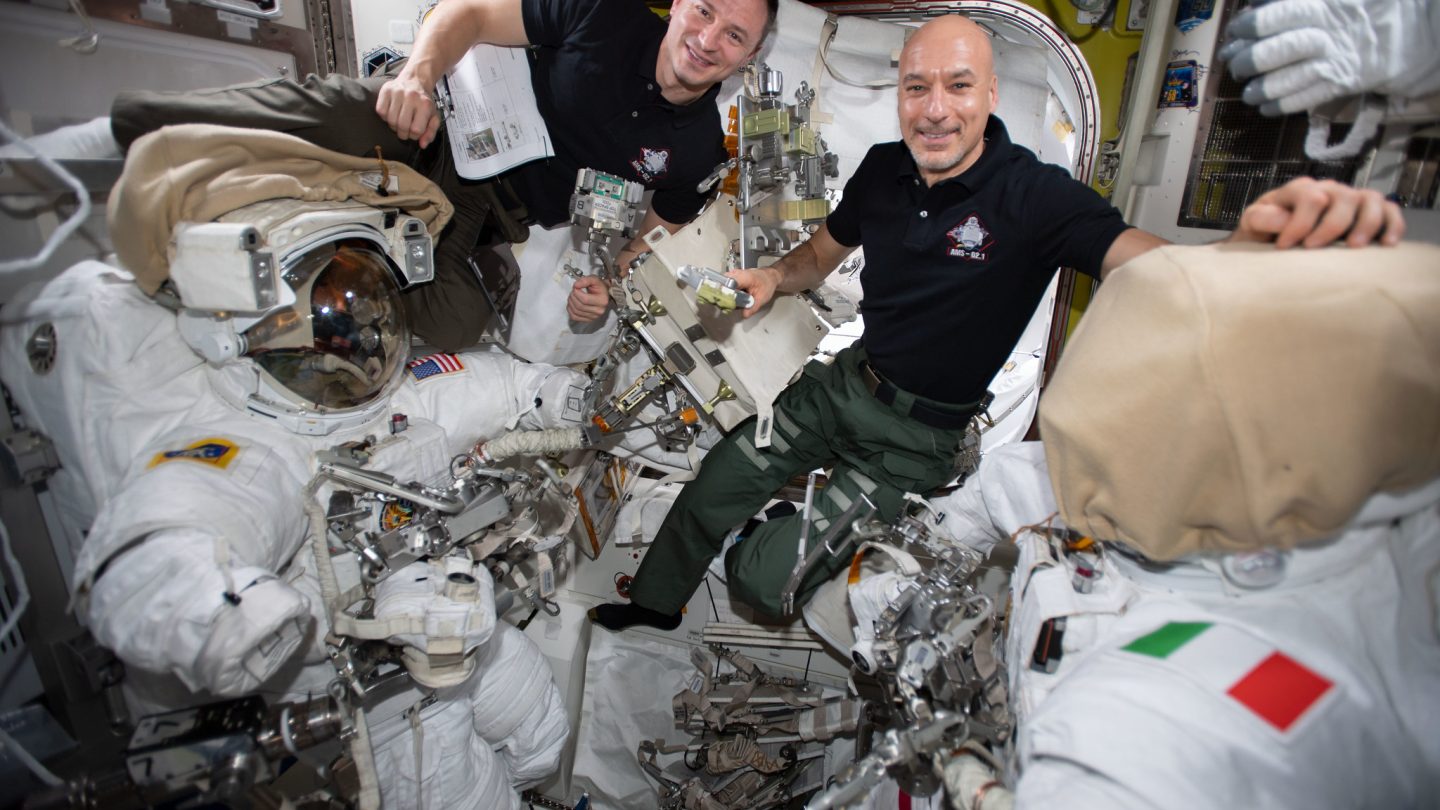 It’s Friday. If you work an office job, you’re probably doing your best not to should too large of a workload. Maybe you’ll shuffle some papers around and open an Excel spreadsheet so it looks like you’re busy, but let’s be honest, you’re going to spend the day listening to podcasts and fighting off the urge to nap. Astronauts on the International Space Station don’t have it so easy.

Today, NASA’s Andrew Morgan and Luca Parmitano of the European Space Agency are walking around in space. The space station’s Alpha Magnetic Spectrometer (AMS) is busted, and the only way to fix it is to zip up their suits and start swing some tools around.

The AMS is a complex, high-tech instrument that sniffs out cosmic rays. It’s helping scientists back on Earth unlock some of the most puzzling mysteries of the cosmos, like how dark matter and antimatter affect the universe. Unfortunately, its cooling system needs to be replaced, and doing so isn’t easy.

There’s nothing simple about spacewalking, and safety is always the top priority. Modern space suits do a great job of keeping astronauts safe in the vacuum of space, but moving around the exterior of the ISS is often a slow process. Because of this, the repairs to the AMS are being done over the course of multiple spacewalks.

This first trip outside the confines of the space station is mostly preparation for the swapping of parts which will be handled later. Parmitano and Morgan will remove a protective shield that is installed over the AMS and then affix rails that will make it easier to maneuver as the repairs are carried out. The duo will also place vital supplies in areas where they can be easily reached when it comes time to replace the AMS components.

It might sound a bit mundane on paper, but when you’re tumbling around Earth at nearly five miles per second, even the most basic tasks feel a lot more intense.