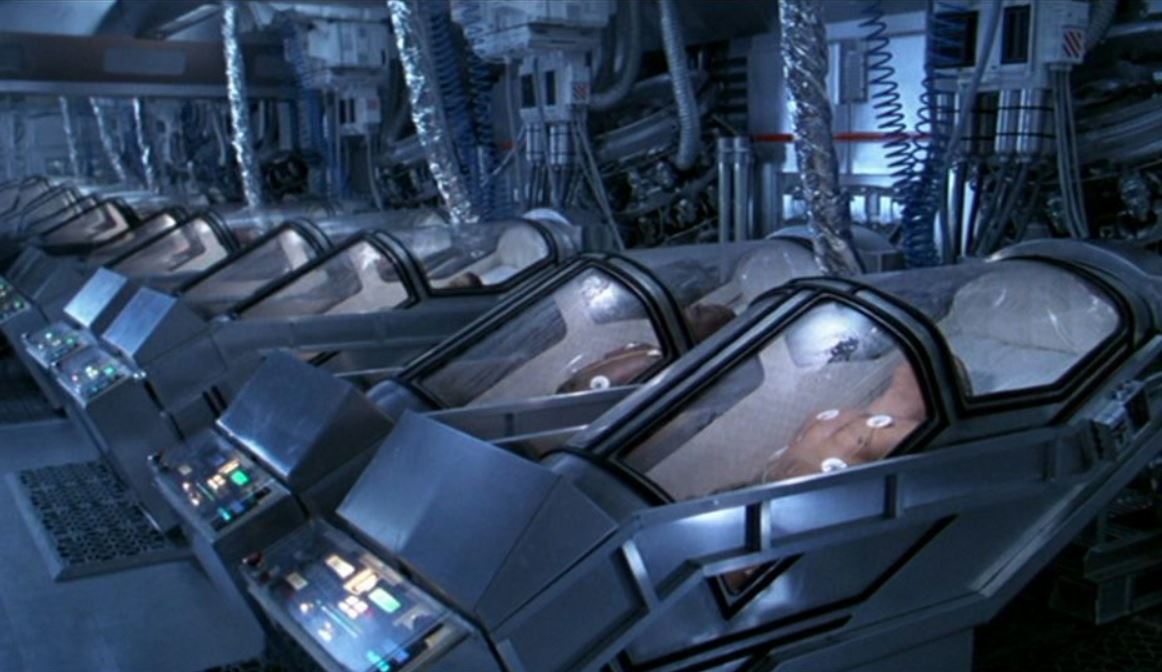 We’ve all seen it in sci-fi space movies: Deep-space travelers cruising to a new location and sleeping for weeks, months, or even years to pass the time. In fiction, hibernation pods are a convenient plot device, but would they work here in reality?

A new research effort by the European Space Agency suggests that if we can get the technology working as intended, placing astronauts into a state of suspended animation might actually be the best way to explore the cosmos. The benefits would be many, including the option to use a much smaller spacecraft for long-haul crewed missions.

There are many hurdles we still need to overcome before we could even think about sending humans to other planets, let alone other systems. Even if we figured out how to overcome things like space radiation and the toll of long-term low gravity on the human body, we’re still left with one major problem: Humans need living space and a lot of it.

When engineers dream up concepts for crewed spacecraft that could travel to distant locations they’re typically quite large. That’s because we need space to move around, exercise, and live our lives, regardless of whether or not we’re flying through space in a big metal cylinder. Sleeping astronauts require far less room to stretch their legs, so to speak, and that means a much smaller ship.

“We looked at how an astronaut team could be best put into hibernation, what to do in case of emergencies, how to handle human safety and even what impact hibernation would have on the psychology of the team,” Robin Biesbroek of ESA’s Concurrent Design Facility explains. “Finally we created an initial sketch of the habitat architecture and created a roadmap to achieve a validated approach to hibernate humans to Mars within 20 years.”

The team came up with a design that reduces the mass of a deep-space crew module by a third. This is largely thanks to the removal of crew living space that would no longer be needed, as well as a reduction in the supplies that would need to be carried along for the journey.

The design assumes a lot of technological advancements that, put simply, just don’t exist yet. That includes the ability to safely place a human into a state of hibernation and slow down their metabolism by as much as 75%. This comes naturally to animals who hibernate, but humans aren’t one of them. Additionally, the crew would need time to recover after waking up, and that could mean spending weeks in cramped quarters of a shrunken ship.

We still have some time to figure it all out, of course, but it’s incredibly interesting that a concept dreamt up by science fiction writers decades ago may end up being the best solution to exploring other worlds.