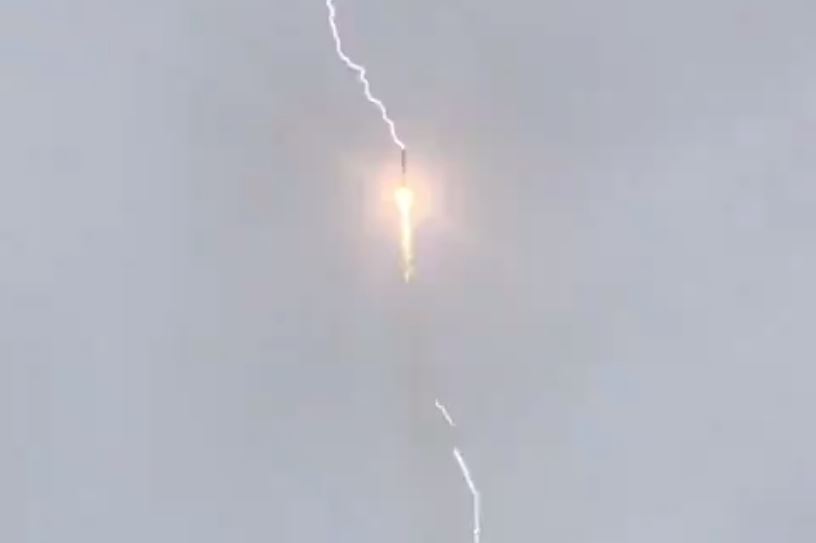 When planning for a rocket launch there are many things that have to be taken into account, and one of the biggest factors is always the weather. Launches are delayed frequently due to uncooperative weather conditions such as brisk high-level winds and storms, but sometimes Mother Nature can throw a serious curve ball right in the middle of a seemingly routine rocket ascent.

That was the case on Monday when a Russian Soyuz rocket endured a lightning strike shortly after takeoff from the Plesetsk Cosmodrome in northern Russia. The launch was being recorded by observers, and video of the surprising lighting blast is now available for all of us to enjoy.

In a tweet posted by Russian space agency chief Dmitry Rogozin we can see the rocket headed skyward and the bright bolt of lightning appearing to strike the vehicle and then proceed down toward the ground:

The rocket wasn’t carrying any human passengers, but it was ferrying a GLOSNASS-M navigation satellite into Earth orbit. The rocket and its payload were reportedly no worse for wear after the lightning strike. Russia’s Roscosmos space agency said that the satellite was functioning normally and appears to not have been affected by the event.

As SpaceflightNow notes, this is hardly the first rocket to be met with a surprise bolt of lightning on its way into space. In fact, the launch of Apollo 12 had to deal with a similar issue when lightning struck the launch vehicle two times in a row within a minute of takeoff. The blast affected the command module’s electronics as well as its fuel cells but the crew was able to correct for the changes mid-flight and save the mission.

Russia’s Soyuz rocket made it through the ordeal unscathed, and Roscosmos is using the event as an example of how reliable its rocket technology is.