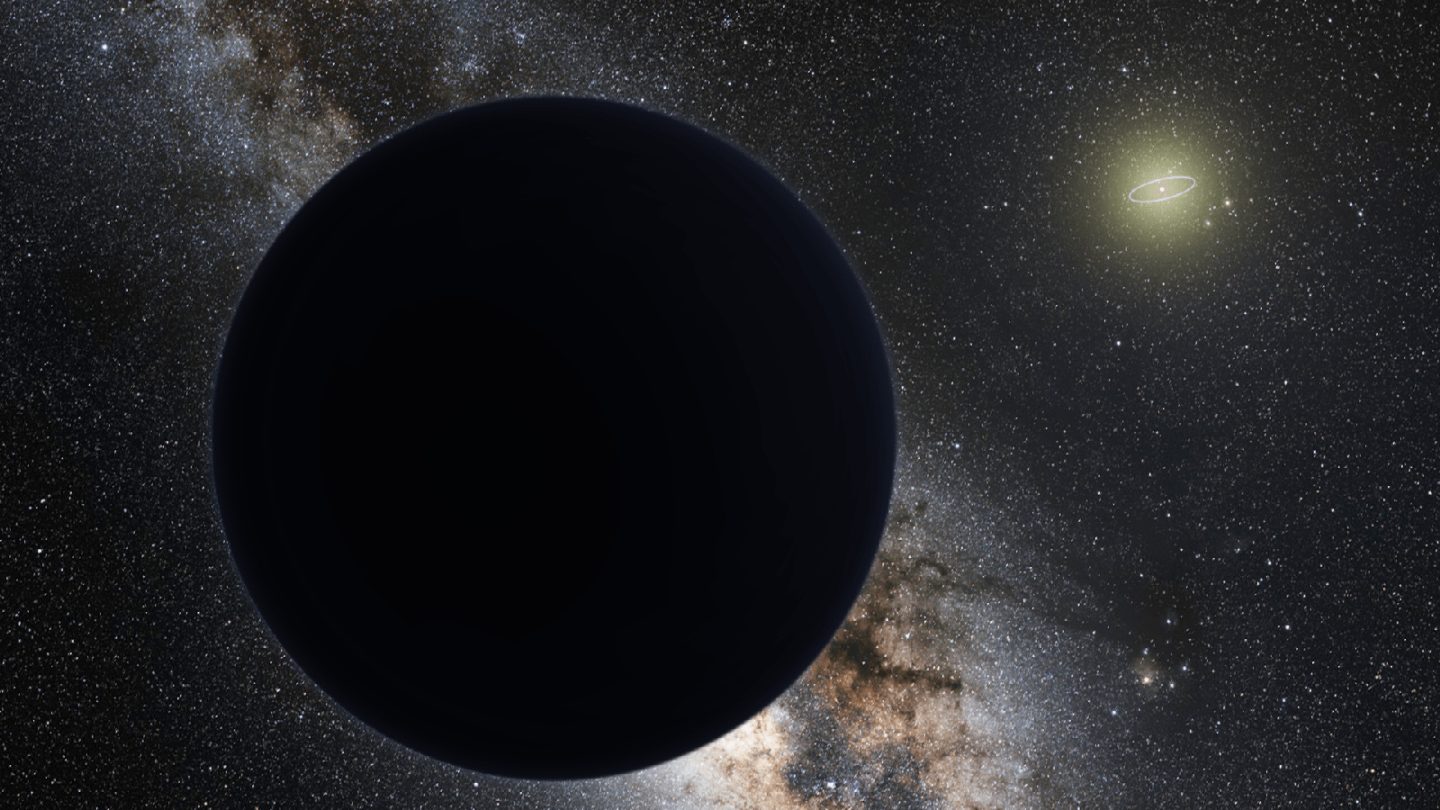 Way out on the edge of our solar system something big is lurking that has yet to be identified. Astronomers know it’s there because they can see the way other objects are affected by its gravitational pull, but nobody’s been able to actually determine what it is.

There’s plenty of theories, including a planet — the elusive Planet Nine — or even a collection of smaller worlds or large asteroids that have grouped up. Now, a new theory is emerging, and it may be the wildest one yet. In a new research paper, scientists argue that an ancient black hole might be hiding out right here in our own solar system.

It’s widely accepted among astronomers that deep within the heart of the Milky Way galaxy lies a supermassive black hole. Most galaxies are believed to revolve around such black holes, and we tend to think of these ultra-dense collections of mass as incredibly destructive things that feast on whatever gets near.

That may be true, but black holes aren’t all the same, and researchers believe so-called primordial black holes (PBHs) that were created shortly after the Big Bang may still exist. These ancient black holes are much smaller and less powerful than their supermassive kin, and some of them may still be hiding out in seemingly random places, slowly decaying and evaporating without causing much of a fuss.

If that’s true, it’s possible that the hard-to-spot object hanging out on the fringe of our solar system is one such black hole. It would have to be incredibly small, only around ten centimeters across, but still around five times as massive as our planet.

It may sound like a wild theory, but it’s not nearly as outlandish as you might think. Going forward, the researchers suggest the possibility of using a variety of instruments to potentially detect a “halo” around the object, which could offer some concrete data to support the theory.