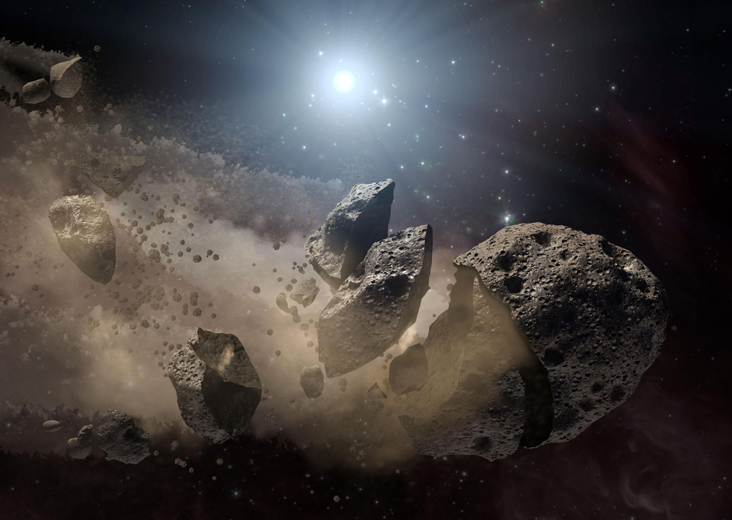 It’s tempting to imagine that the asteroids that litter our Solar System have been there from the start, circling the Sun for ages while the planets formed, but new research suggests that things simply didn’t play out that way. They weren’t just transient collections of dusty and debris that happened to form larger rocks. No, the asteroids we see today have much more complicated origin stories.

According to a new paper published in Nature Astronomy, many of the chunks of rock in the inner reaches of our little planetary neighborhood are actually pieces of long-dead planets which were torn apart in the early days of our system.

Astronomers categorize asteroids based on where they believe they came from — whether that be a still-present planet like Mars, an unknown body that isn’t around anymore, or even a different system altogether — but just how many sources have contributed to the collection of asteroids around us is still being determined. This new round of research looked closely at the makeup of individual asteroids in the inner Solar System, as well as their current orbital paths, and then rewound time to determine where each one was born.

The paper reveals that a huge majority — roughly 85 percent — of the rocks in the inner reaches of our system likely came from just a handful of early planets. These larger bodies would regularly get in each other’s way, leading to collisions or in some cases being torn up by each others’ gravitational pulls. The result was many lost chunks of rock that didn’t have a home, but remained in orbits that mimicked that of their mother planet.

Each asteroid that traces its birth back to the same body helps form a larger asteroid “family,” and scientists are now using this information as a foundation for explaining what the long-lost planets were like, including their composition, while also attempting to determine why some asteroids within the same family can differ dramatically.