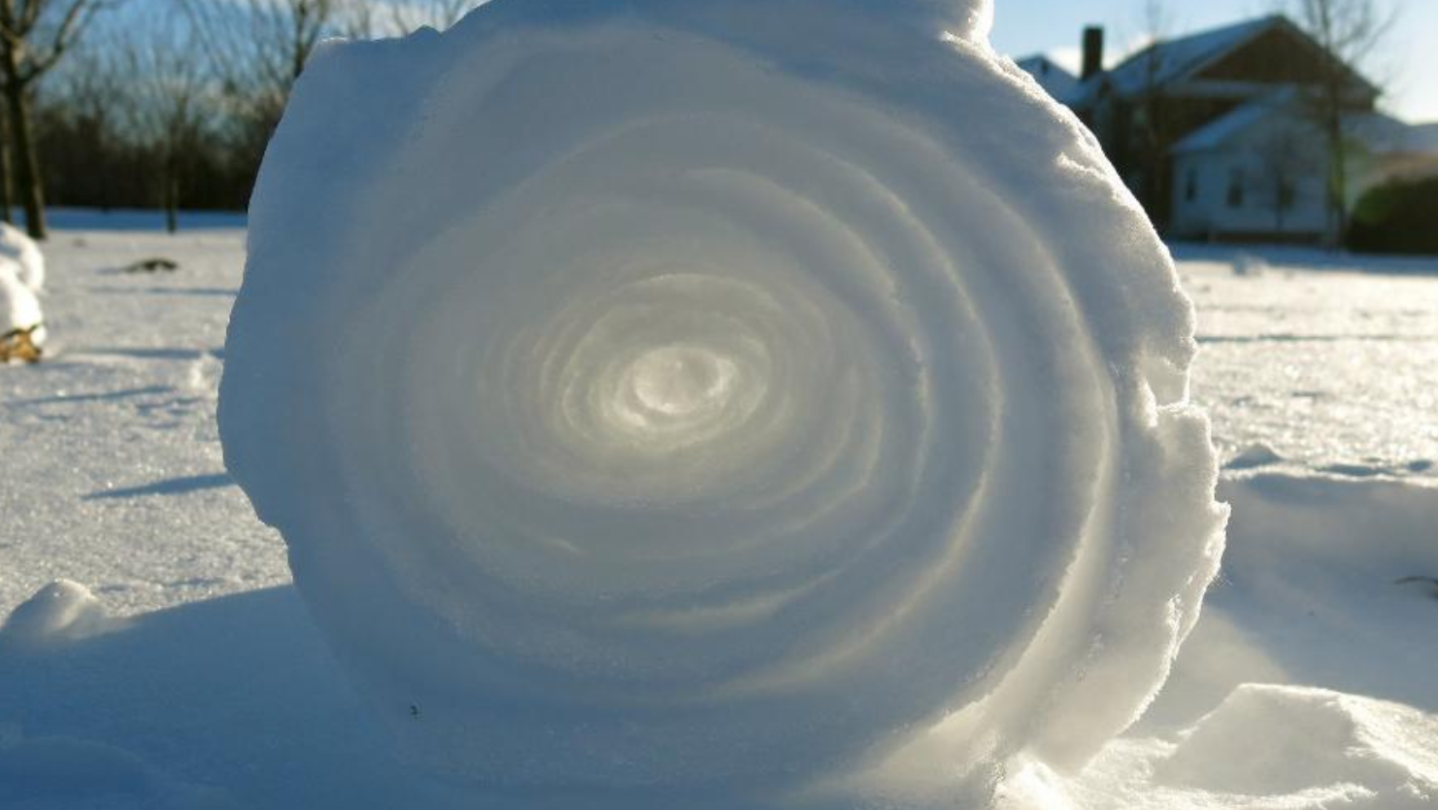 If you love snow, Canada is a pretty fantastic place to be, but a strange phenomenon is being observed in some parts of the country that is capturing the imaginations of everyone, regardless of their affinity (or lack thereof) for the powdery white stuff. Bizarre “snow rollers,” which are chunks of snow that roll themselves into larger spirals, have been captured on video, and they look like pure witchcraft.

They’re quite a sight to behold, but there’s actually a well-documented natural recipe for these strange snow donuts. A mix of wind and a very specific condition of snow is required for them to form, and it’s a rare occurrence.

“These delicate formations need just the right mix of moisture, snow, wind, and temperature,” the National Weather Service explains. “The snow has to be a light dusting, sticky enough to adhere to itself but on a surface that it won’t cling to. The wind has to be strong enough to encourage these mounds of snow to curl up and form their signature loop, but not so strong that the whole thing gets blown apart. Alternatively, the snow could be on a hill and gently roll downslope to form the same shape.”

Wind speeds need to be around 30 miles per hour for the snow to begin its roll, but no faster, as speedy winds will tear the rolls apart before they have a chance to grow to their full potential. Because a straight and steady wind is required, snow rollers aren’t normally seen in larger cities. Rural areas with large spaces of flat land are much more likely to produce the odd phenomenon.

Even rarer than the snow rollers themselves is the fact that this time they were captured in the process of forming. In any case, it’s a pretty fantastic little clip, and a friendly reminder that Canada is a land of magic and wonder. And lots and lots of snow.