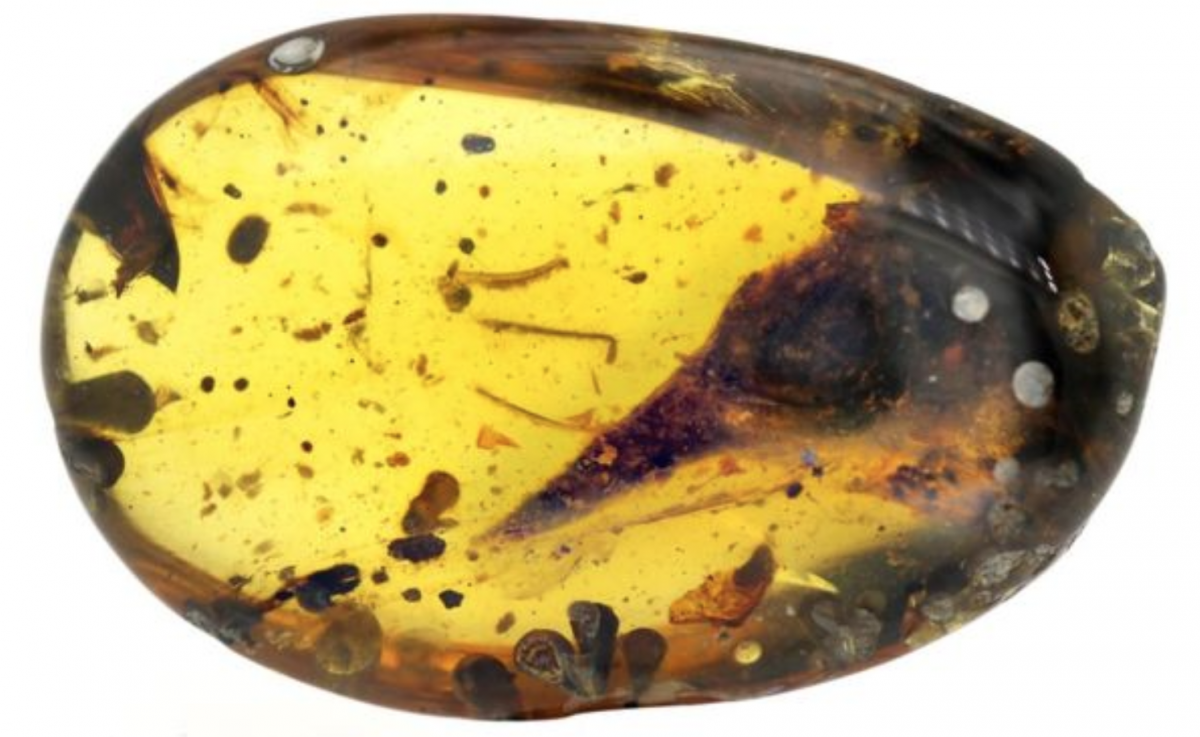 A tiny chunk of fossilized tree sap holds the tiniest dinosaur ever discovered, according to a team of researchers. As BBC News reports, the fossilized sap, called amber, was found in Myanmar and holds what looks a bit like a tiny bird skull. Dating back some 99 million years, the ancient remains are from the Cretaceous period, and offer us a window into the past we rarely enjoy.

The discovery, which is the subject of a new research paper published in the journal Nature, doesn’t include a full skeleton, but scientists can estimate the size of the dinosaur based on its skull alone. They believe it may have been as small as the tiniest species of bird alive today.

We often think of dinosaurs as massive, hulking beasts that ruled the land, causing the earth to shake beneath their feet. While it’s true that some species were larger than any land animals we see today, many dinosaur species were smaller than humans, and some of them were downright puny.

This tiny fossil from Myanmar suggests the dinosaur it came from may have been as small as the bee hummingbird, which maxes out at around two-and-a-half inches long and weighs less than a penny. The new dinosaur species has been named Oculudentavis khaungraae.

“Animals that become very small have to deal with specific problems, like how to fit all sensory organs into a very small head, or how to maintain body heat,” Professor Jingmai O’Connor, co-author of the work, said in a statement. “It’s the weirdest fossil I’ve ever been lucky enough to study. I just love how natural selection ends up producing such bizarre forms. We are also super lucky this fossil survived to be discovered 99 million years later.”

The animal, while small, appears to have been well-suited to prey on insects. Its beak-like jaws were lined with tiny teeth that would have made it easy for it to snatch bugs. This is common of small bird species today, and highlights what scientists have believed for some time: The dinosaurs of millions of years ago became the birds of today.

Fossils of this size are rarely discovered due to their fragile nature. You don’t often see bones this tiny surviving for nearly 100 million years, but the fact that this little dinosaur got caught up in tree sap that hardened allowed it to be preserved. “This discovery highlights the potential of amber deposits to reveal the lowest limits of vertebrate body size,” the researchers write.