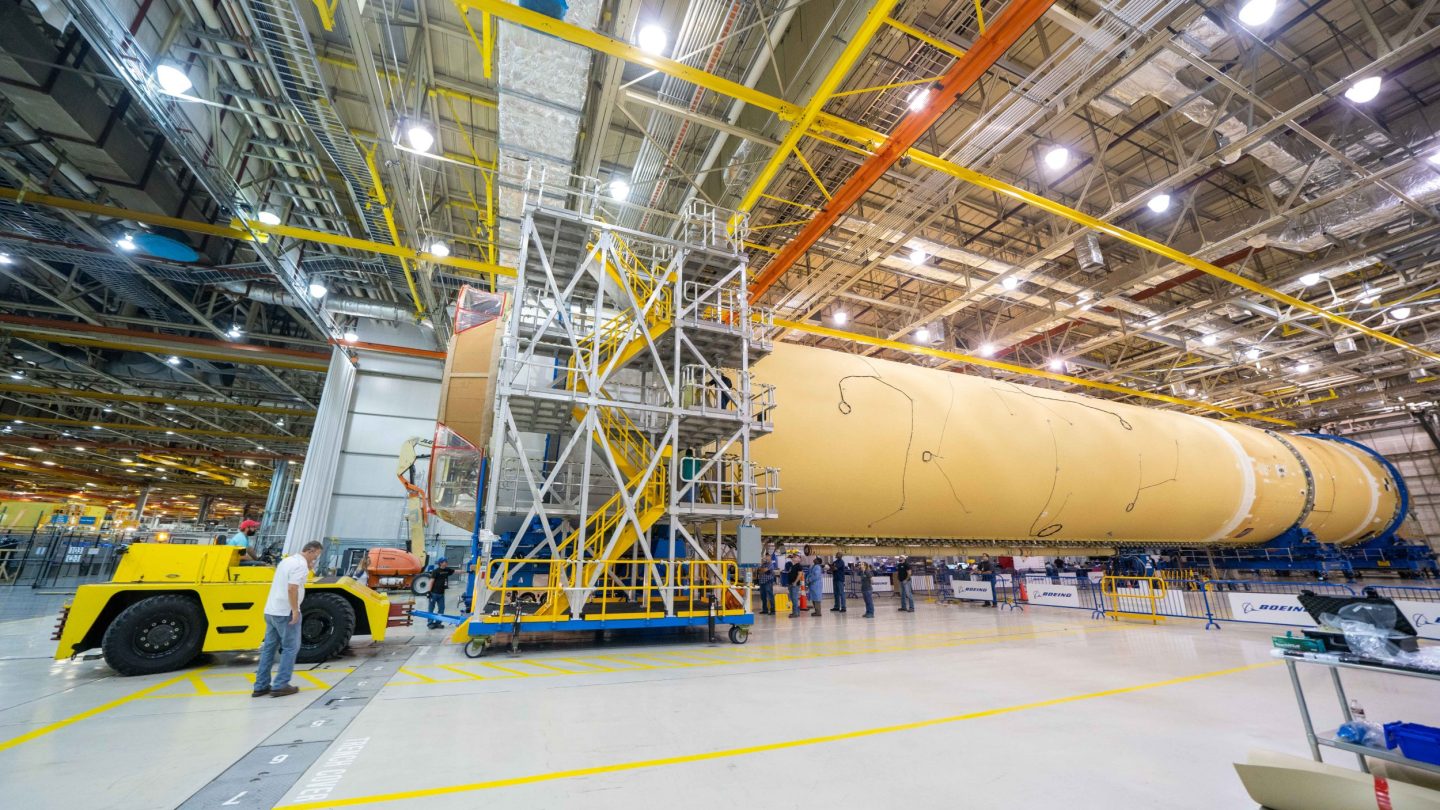 NASA fully intends to send humans back to the Moon sooner rather than later. Despite funding woes, the agency is still doing its best to hold true to a 2024 deadline set forth by the Trump administration, and things are slowly beginning to come together.

In a new blog post, NASA celebrates a significant milestone in the lead-up to a crewed mission to the lunar surface, with the five sections of the Space Launch System core stage structure being joined for the first time. Eventually, this rocket will provide the oomph to send humans to Earth’s dusty little neighbor, but whether it’ll actually happen by 2024 is anyone’s guess.

For many years now, NASA has been relying on third parties to send its hardware and astronauts into space. Whether it’s contracts with SpaceX for resupply trips or deals with Russia’s Roscosmos to send scientists to the International Space Station, NASA has had to lean on others to make its missions a reality.

The Space Launch System will change that, but first, it has to actually be finished. Contractors involved in the project — primarily Boeing — have seriously dropped the ball, leading to long delays and massive cost overruns. Even now, the tentative dates for the early SLS test launches are in question, and there’s very little wiggle room on the calendar if NASA hopes to meet the 2024 date.

Nevertheless, NASA is clearly pretty excited about finally having all the pieces of the SLS core stage in place. The next step for the agency will be building out its guts, which will include the powerful engines that will push the craft skyward. There’s still a lot of work left to do — and plenty of potential for delays to pop up — so while it’s super cool to see the SLS finally coming together, it’s not time to celebrate just yet.