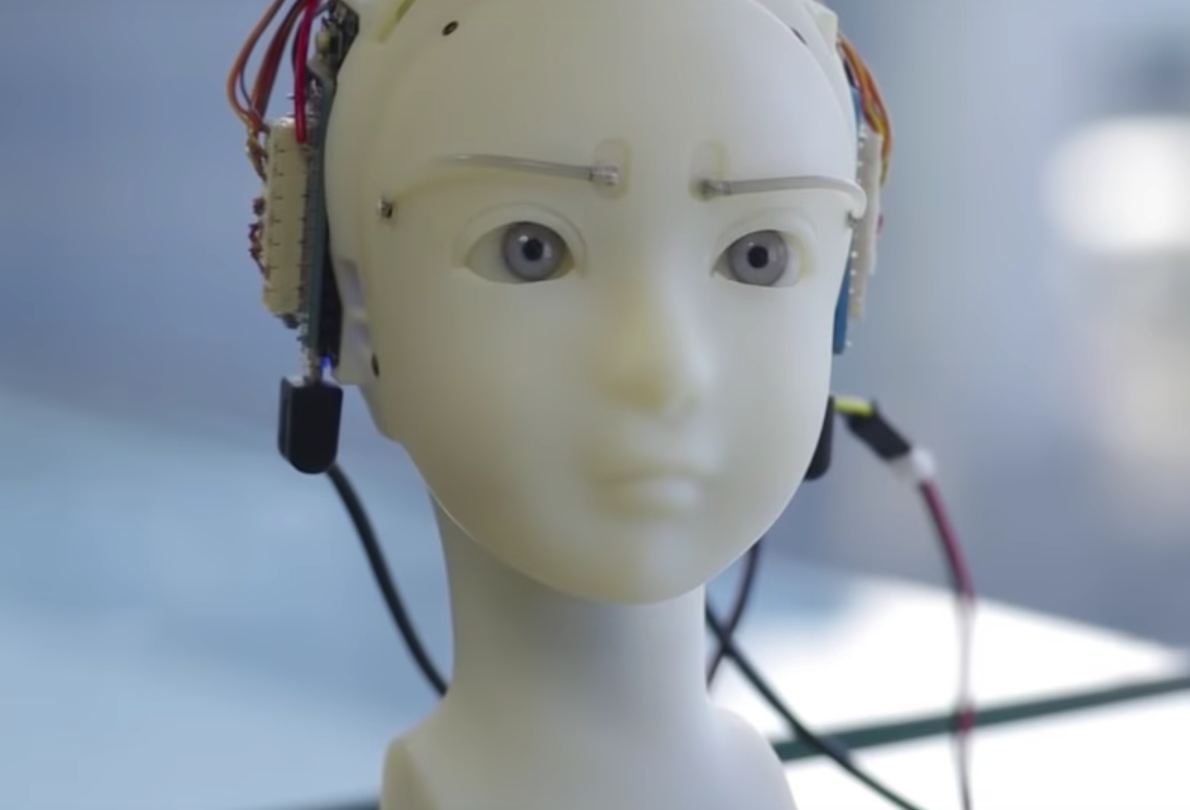 Sometime around a decade ago the graphical quality of video games reached a point that people referred to as the “uncanny valley.” The term, which had popped up before but really gained traction in the mid-to-late 2000s, was used to describe the fact that the visuals in some games had reached a point where they looked lifelike, but still seemed creepy and artificial. Now it seems real-life robots are definitely reaching that same point.

As TechCrunch reports, the Simulative Emotional Expression Robot — SEER for short — wowed attendees at SIGGRAPH 2018, a tech festival taking place in Vancouver. The bot can mimic facial expressions with incredible accuracy, and the result may be an unsettling glimpse into the future of personal robotics.

The robot is equipped with a camera that tracks the position of a person’s face as well as the orientation of various facial features such as eyebrows and eyelids. The robot’s movements look remarkably natural, and even tiny changes in the tilt of a subject’s head or the widening of their eyes are perfectly replicated in real time. The way the eyes snap to new positions, just like those of a real human, is particularly creepy.

The bot was built buy artist Takayuki Todo, and was made as an exercise to show just how lifelike a robot’s face can be. It’s not the next Siri, but what if it was?

What if instead of a smart speaker, the next Alexa or Google Home was actually a robotic head like this? Tech consumers have become so accustomed to talking to virtual assistants as though they are alive, perhaps it’s time to take things to the next level.

A recent study showed that people are less likely to turn off a robot if it begs for its life. Humans can feel sympathy and empathize with a robot that isn’t even alive, and realistic facial expressions like the ones SEER can replicate would likely make that even more apparent. If we end up being taken over by robots in the distant future, it might be because they’ve gotten way too darn cute.