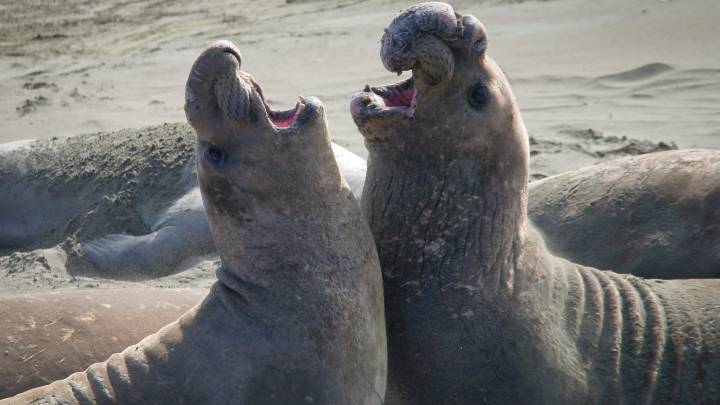 People are bad, Snapchat is awful, and selfies are the worst. Exhibit A: the federal government has had to issue warnings against taking selfies with baby seals, because it’s causing seal pups to be abandoned and die.

Firstly, you might get bit. Seals look cute and cuddly, but they have a real bite that they’ll use if they feel threatened. The NOAA cites numerous injuries “to humans as a result of getting too close to an animal during a quick photo op.”

If the thought of being bit by a seal isn’t enough, the NOAA also plays the guilt card. As with many wild animals, interacting with pups can be fatal for them. If a mother sees her pup interacting too closely with humans (which is natural behaviour for a curious animal), they many see the pup as contaminated, and abandon them to die. It happened to a baby bison that was “rescued” from its herd in Yosemite last month, and it can happen to seals too.

Unfotunately, the NOAA’s words of wisdom don’t seem to be getting through. As Select All points out, there’s plenty of people posting their #sealfies to Twitter, and none of them are the recommended 150 feet away.