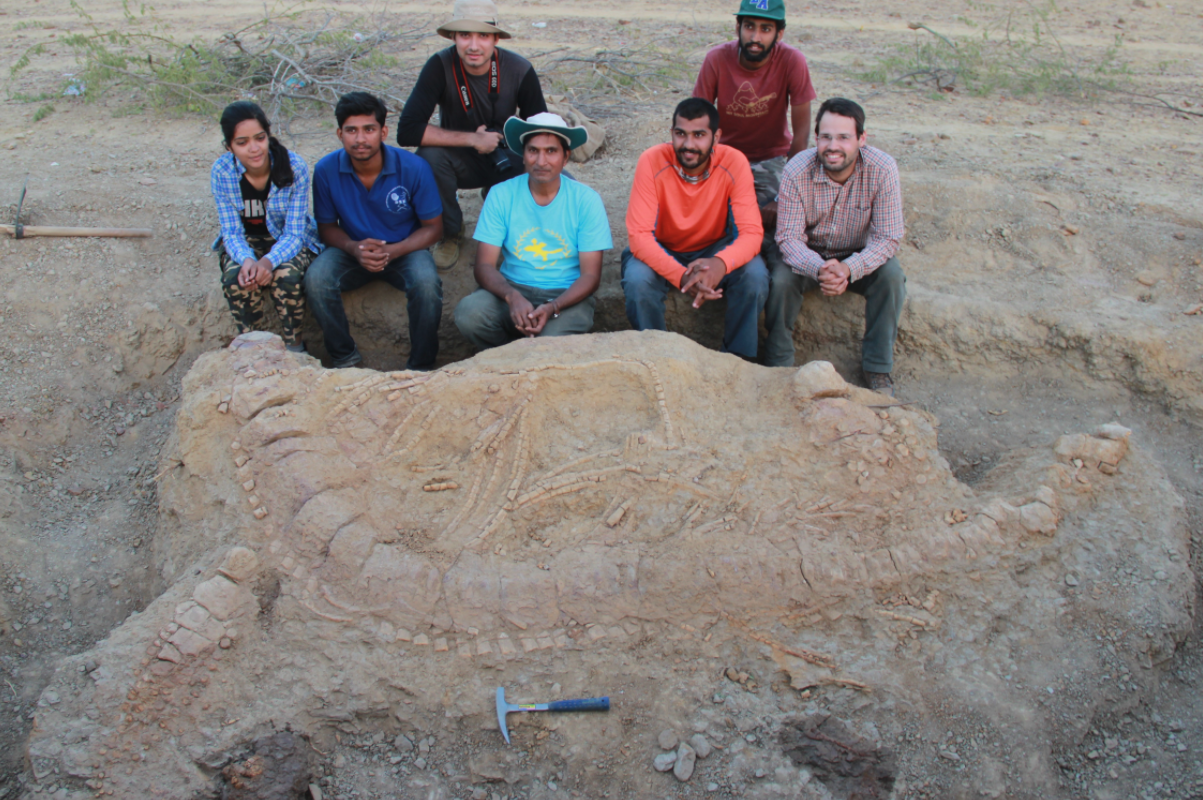 The oceans of modern day Earth are scary enough already, with all kinds of creatures that could make your blood run cold if you accidentally happened upon one, but back in the Jurassic period things were no safer. If you were taking a dip in the Jurassic ocean, an ichthyosaur would have been one of the more intimidating animals you could bump into, and the fossilized remains of one was just discovered in India for the very first time.

The specimen measures some 18 feet long, though they could reach as large as 30 feet, and this particular example is remarkably well preserved. But the part of the these new fossils that is most exciting to the researchers is its jaw, and the lessons its teeth can teach us about what the massive beast ate on a daily basis.

Don't Miss: There’s nothing basic about this AmazonBasics sound bar with built-in sub for just $95

The nearly 20-foot-long aquatic reptile was a big fan of eating crunchy ocean creatures, and its remains were discovered in proximity to what scientists believe were its typical daily fare. Mollusks and other shelled sea animals were all fair game for dinner, and the ichthyosaur’s powerful jaws and robust teeth made short work of them.

“We could infer from wear patterns on its teeth that this ichthyosaur was a top-tier predator that fed on hard and abrasive food material, including marine molluscs (ammonoids and belemnites), fish and possibly other marine reptiles,” lead researcher Guntupalli Prasad explains in an interview published in PLOS One.

The researchers are hopeful that continued exploration in the region will help them uncover even more fossils, and potentially spark further interest for paleontologists in India.