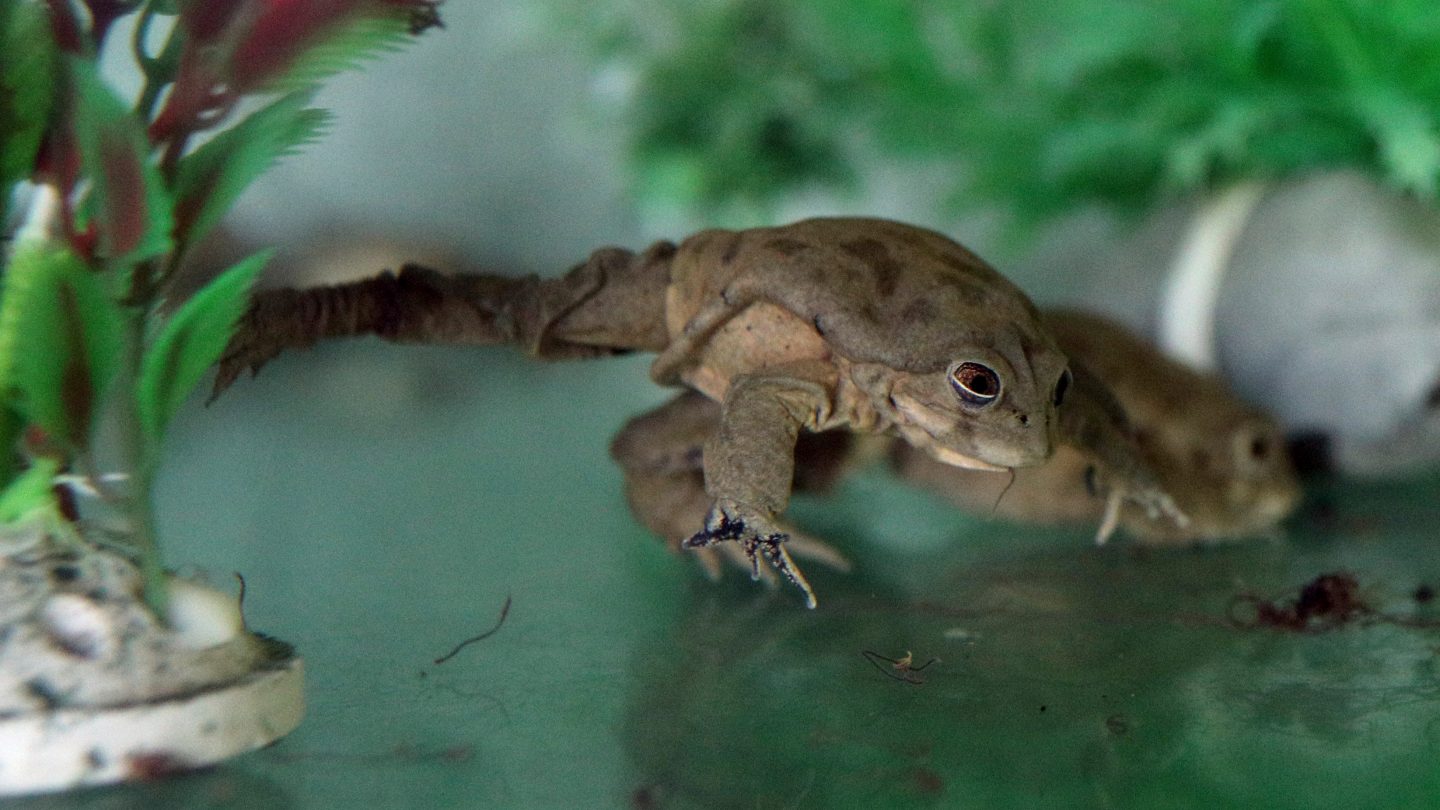 The success of a campaign to save an endangered species can sometimes depend on how appealing the animal actually is. Pandas, dolphins, and tigers are iconic, adorable creatures, making it easy to drum up support for saving them. The scrotum frog of Lake Titicaca, on the other hand, is going to need a bit more help.

The frog, which is known to scientists as Telmatobius culeus, isn’t just interesting because of its silly nickname. Sure, it’s covered in folds of skin that give it an unusual appearance, but it also happens to be the world’s largest fully aquatic frog, meaning that it lives its entire life in water. It’s also critically endangered and in need of rescue.

Nobody knows exactly how many are left in the wild, but estimates suggest populations of the frogs plummeted by as much as 80% in the decade from 1994 to 2004. More recently, an unexplained event in 2016 claimed the lives of at least 10,000 of the frogs, and scientists weren’t able to explain what happened. The most plausible theory is that sewage runoff impacted the frogs’ environment.

Now, as CNN reports, a broad effort is now underway to save the frogs, and it has the support of the governments of Bolivia and Peru. Lake Titicaca is located on the border of the two countries and covers an area of over 3,200 square miles. That’s a massive area to work with, and the team of conservations includes scientists, environmentalists, and even veterinarians, all of whom are hoping to bring the frogs back in a big way.

“In a coordinated effort, the governments of Bolivia and Peru, with the support of the United Nations Development Programme (United Nations Development Programme) and the financing of the Global Environment Facility (GEF), have formed a cross-border team for conservation and knowledge of the emblematic Titicaca Giant Rana with the vision that the species will have a long-term future,” the Bolivia Natural History Museum announced in a Facebook post.

As the lake is the primary habitat of the frogs, much of the conservation effort will focus on surveying the population within the lake and determining what environmental factors may be impacting their ability to breed and live to maturity. Researchers already know that trapping of the frogs for food has impacted their population numbers, and an invasive fish species have also been shown to feed on the frogs when they are still just tiny tadpoles.