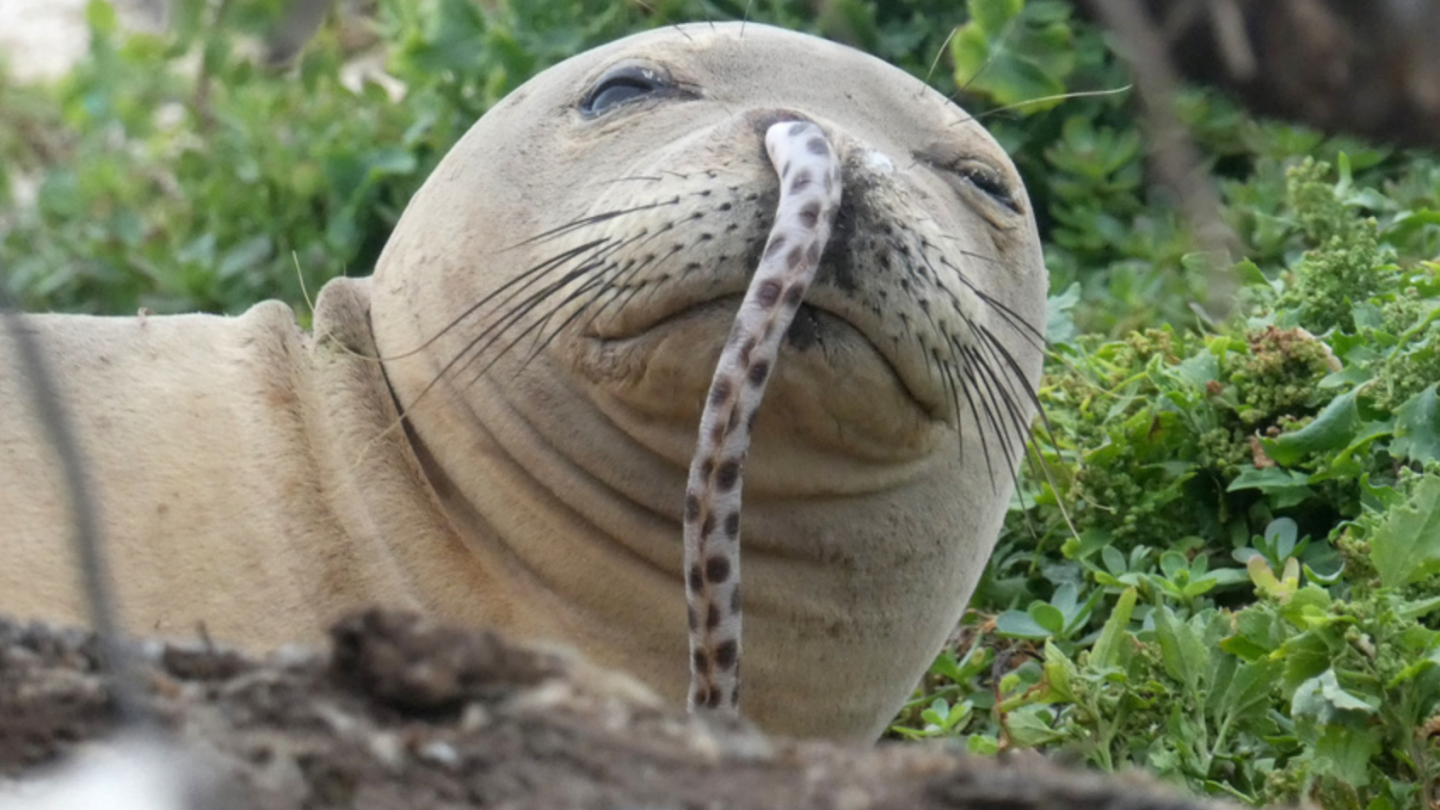 Keeping tabs on endangered animals can be difficult, especially if they’re being actively poached by hunters who don’t care about the law. The plight of endangered Hawaiian monk seals is the result of past hunting and human development on the Hawaiian islands, but now the species has thrown conservationists a curveball.

More and more of the seals, which are native to only Hawaii, have been spotted with eels stuck in their noses. As humorous as this might seem (the photo above which was released by NOAA is indeed pretty funny), it actually poses a challenge for scientists doing their best to keep the species in good health.

“In the nearly 40 years that we have been working to monitor and protect endangered Hawaiian monk seals, we have only started seeing ‘eels in noses’ in the last few years,” NOAA explains. “Yet, our researchers have observed this phenomenon three or four times now. We don’t know if this is just some strange statistical anomaly or if we will see more eels in seals in the future.”

Without seeing the seals actually get the eels stuck in their noses it’s hard for scientists to determine how it’s happening, but they think the seal’s feeding habits may to blame. According to NOAA the seals tend to shove their faces into gaps in underwater rocks and reefs in search of food, and a trapped eel might see a nostril as the only possible way out.

The good news is that researchers have been able to capture all of the seals they’ve seen with dangling eels and safely removed them. The seals appear to be no worse for wear, which is great news since there’s less than 2,000 of the seals left alive