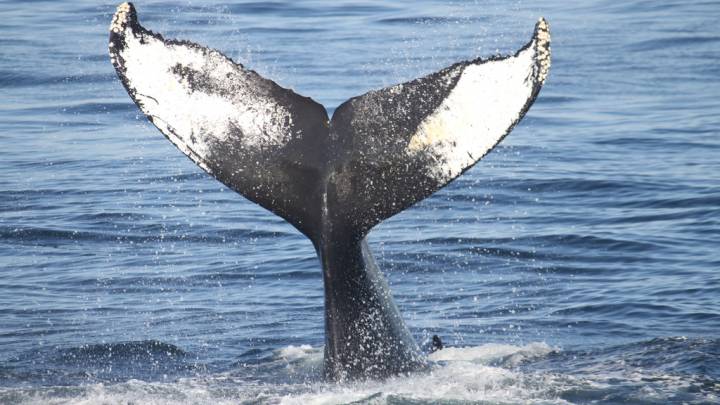 Well, humanity, we’ve done it again. We already pushed our planet to a point where storms are getting stronger and more frequent, trees are migrating, and our own food supplies are going to start becoming less nutritious, so what more could we possibly screw up? A new study on the habits of whales has proven that manmade sonar is actually driving whales insane. Way to go.

The study, which was carried out by a team of researchers from the Marine Ecology and Telemetry Research as well as the US Navy’s Undersea Warfare Center Division, was prompted by the gradual increase in the frequency of whale beaching events in recent decades.

The researchers had a hunch that human sonar from submarines and other vessels was potentially to blame, but they didn’t know how. Thanks to tracking devices attached to over a dozen whales, the three-month study was able to answer that question, and it’s honestly pretty grim.

As it turns out, human sonar isn’t actually pushing whales to beach themselves; at least not directly. Instead, manmade sonar has a tendency to prompt the whales to dive far deeper than normal, and remain at depth longer that they typically would. Then, when the animals begin their ascent, the urgency with which they return to the surface causes symptoms of decompression sickness.

In humans, it’s known as “the bends,” and it manifests as bubbles forming in the blood and body tissue. It can be fatal, and for a long time it was thought that whales simply didn’t suffer from it. Now, it’s apparent that they most definitely can, and our own sonar signals are pushing them deeper and deeper in the hopes of escaping the noise, resulting in decompression sickness and subsequent beachings when they eventually come back up.