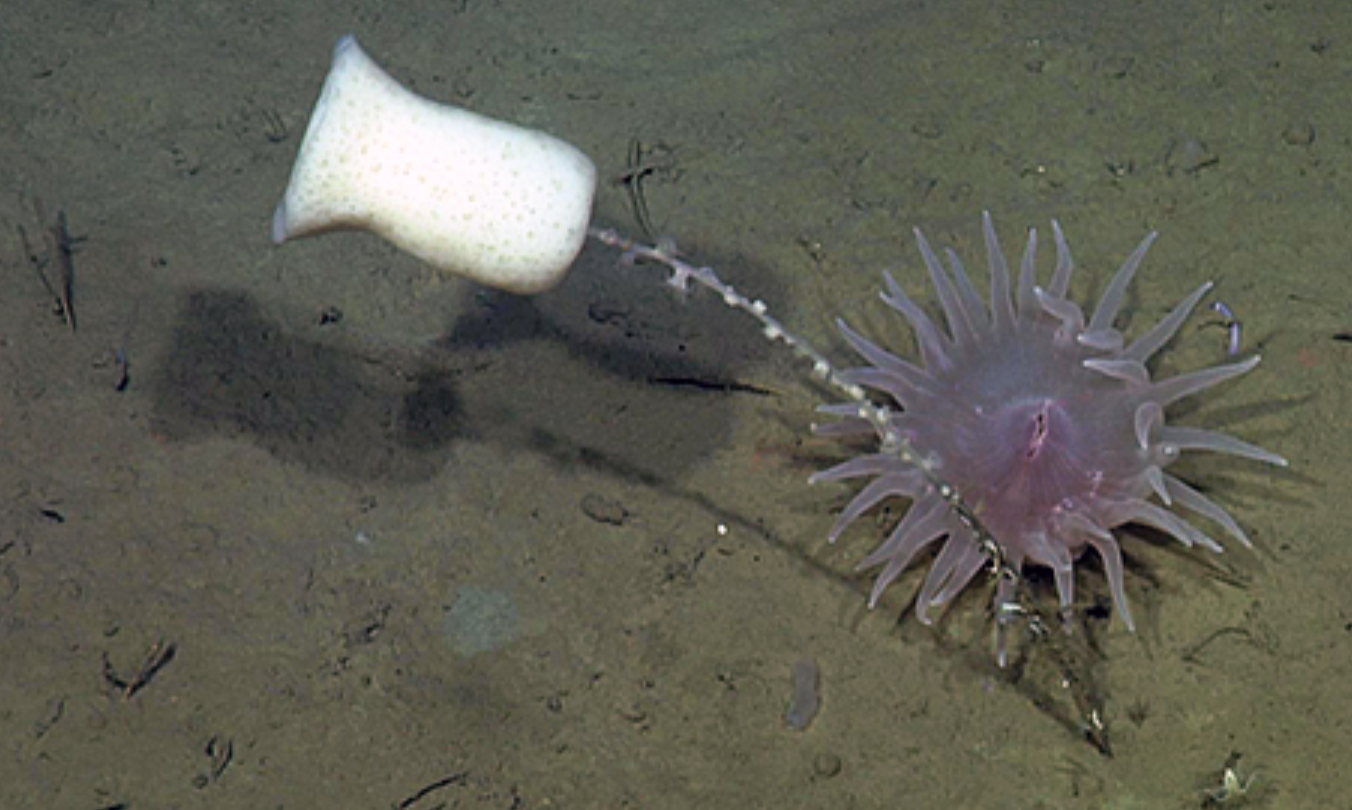 You probably don’t think you have much in common with the creatures that inhabit the floor of the deep sea. Most of the animals that endure the intense pressure and lack of sunlight are, well, downright strange. Sea sponges are one such creature, and they come in many shapes and sizes. As surprising as it seems, one particular variety of sea sponge, called a glass sponge, shares something in common with humans and many terrestrial animals: It sneezes.

An observation campaign by scientists from the Monterey Bay Aquarium Research Institute captured time-lapse footage of the seafloor off of California. Researchers studying the footage spotted the peculiar behavior, and you can watch it for yourself.

The “sneeze” itself isn’t particularly dramatic, but it’s certainly noticeable. It’s also pretty weird. As you can see in the video below, the sponge, which consists of a stalk with a wine-glass-like white “cup” on the end, can be seen expanding and contracting. At first, scientists were puzzled by the odd behavior but eventually were able to come up with a possible explanation.

“There is precedent for sponges contracting and expanding,” Amanda Kahn, co-author of the research, said in a statement. “Basically, there’s an ‘ahh‘ when the sponge expands and the ‘-choo’ when it contracts those canals.”

Sea sponges are filter feeders, meaning that they snag whatever tiny particles float by as water flows around and through them. However, not everything that gets caught up in the sponge is edible, and without a mechanism to expel unwanted material, the sponge would be far less efficient at getting the nutrients it needs.

This “sneezing” behavior is thought to be the sponge’s natural reaction to unwanted material, pushing out irritating bits that get caught before relaxing again and resuming their normal feeding behavior. Each sneeze can last as little as an hour or as long as several weeks. In the time-lapse images, they appear short, but these actions take a while for the tiny sponges.