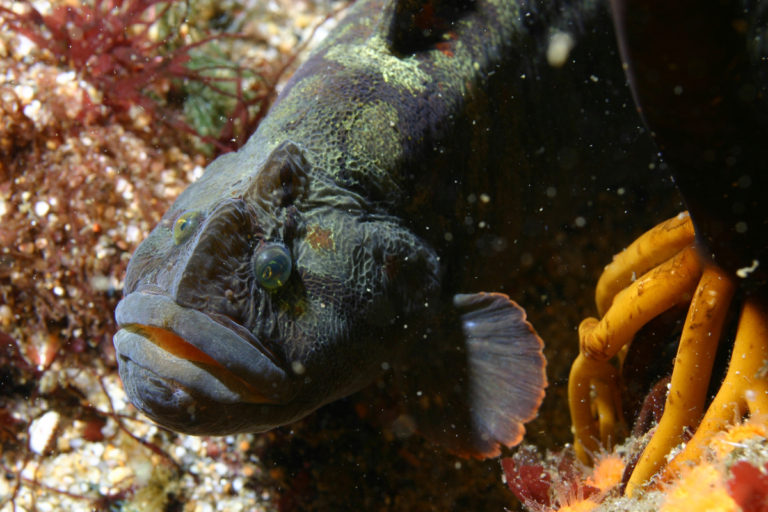 When it comes to solving the world’s hunger problems, we often focus on maximizing crop yields and changes the food producers could make to better serve the ever-growing population of the planet. Researchers from the University of California have a slightly different solution in mind, and it involves a fish you’ve probably never heard of.

Its scientific name is Cebidichthys violaceus, but it’s more casually known as the Monkeyface Prickleback fish. It has a hilarious name. It’s undeniably weird looking. It’s also apparently delicious and could be farmed in mass quantities to feed the planet. Yum!

The fish is a vegetarian, which is particularly rare, but its meat is apparently quite tasty. The researchers from the University of California describe it as the “new white meat,” suggesting that the fish could be easily farmed. The research was published in the journal Proceedings of the Royal Society B.

As the paper notes, the fish is incredibly hardy, and it has evolved the ability to live on land for almost two full days, breathing air for extended periods of time. In terms of size, it’s not a massive creature, growing to a length of around three feet and a weight of around six pounds. The fact that the fish is strictly vegetarian makes it well-suited for farming in large numbers.

“Using plant-based food ingredients reduces pollution and costs less,” first author Joseph Heras said in a statement. “However, most aquaculture fish are carnivores and can’t handle plant lipids. Sequencing this genome has provided us a better understanding of what types of genes are necessary for breaking down plant material. If we scan additional fish genomes, we may find omnivorous fish with the right genes that could provide new candidates for sustainable aquaculture.”

It’ll be interesting to see whether the fish has a future in aquaculture on a massive scale, but early results appear to indicate it would do well, and could feed a lot of people.