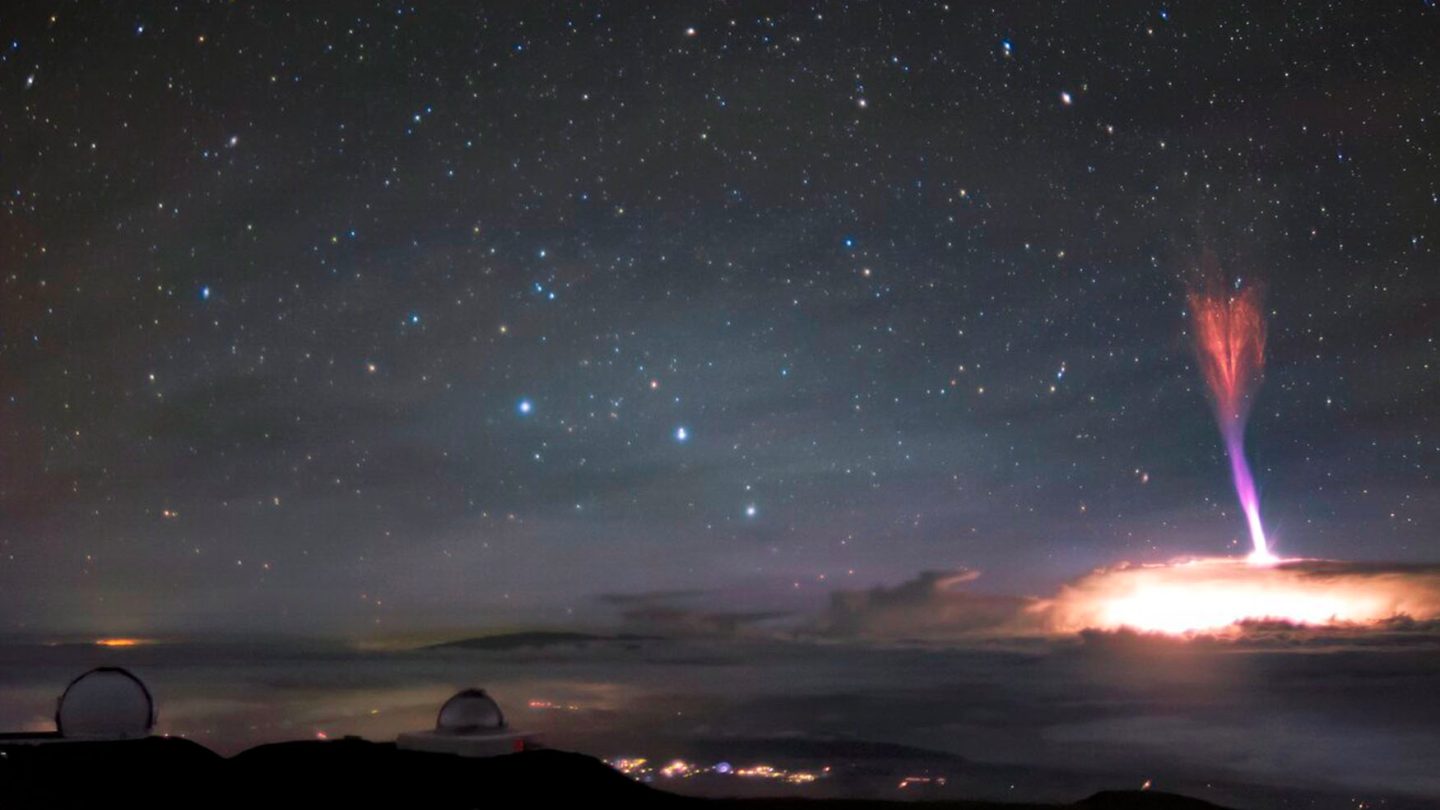 We’re all familiar with what happens when a thunderstorm rolls through our neck of the woods. We get rain, wind, thunder, and, of course, lightning. Seeing a cloud-to-ground lightning strike can be a truly spectacular experience — as long as you’re not in the immediate vicinity — but those bolts of energy are only one part of the lightning story. The rest plays out above the clouds, and one could argue that the rarely-seen displays that are hidden from our view on the ground are actually even more stunning.

In a new image posted by NOIRLab, we are treated to not one, but two such phenomena frozen in time. The image was captured near Mauna Kea, a dormant volcano in Hawaii that is home to multiple high-powered telescopes. What we see in the photo is lightning directing its power skyward in the form of features known as red sprites and blue jets. You can clearly see how they earned their names.

The photo almost looks fake, and you would be forgiven for thinking that it was. We never get to see lightning like this, and to see it from a spot on Earth rather than from high above it is especially rare. The differences between the jets and the sprites have everything to do with where they are located in the atmosphere. Red sprites look like flares with flowing tentacles, while blue jets look like solid beams of plasma being shot up into space. 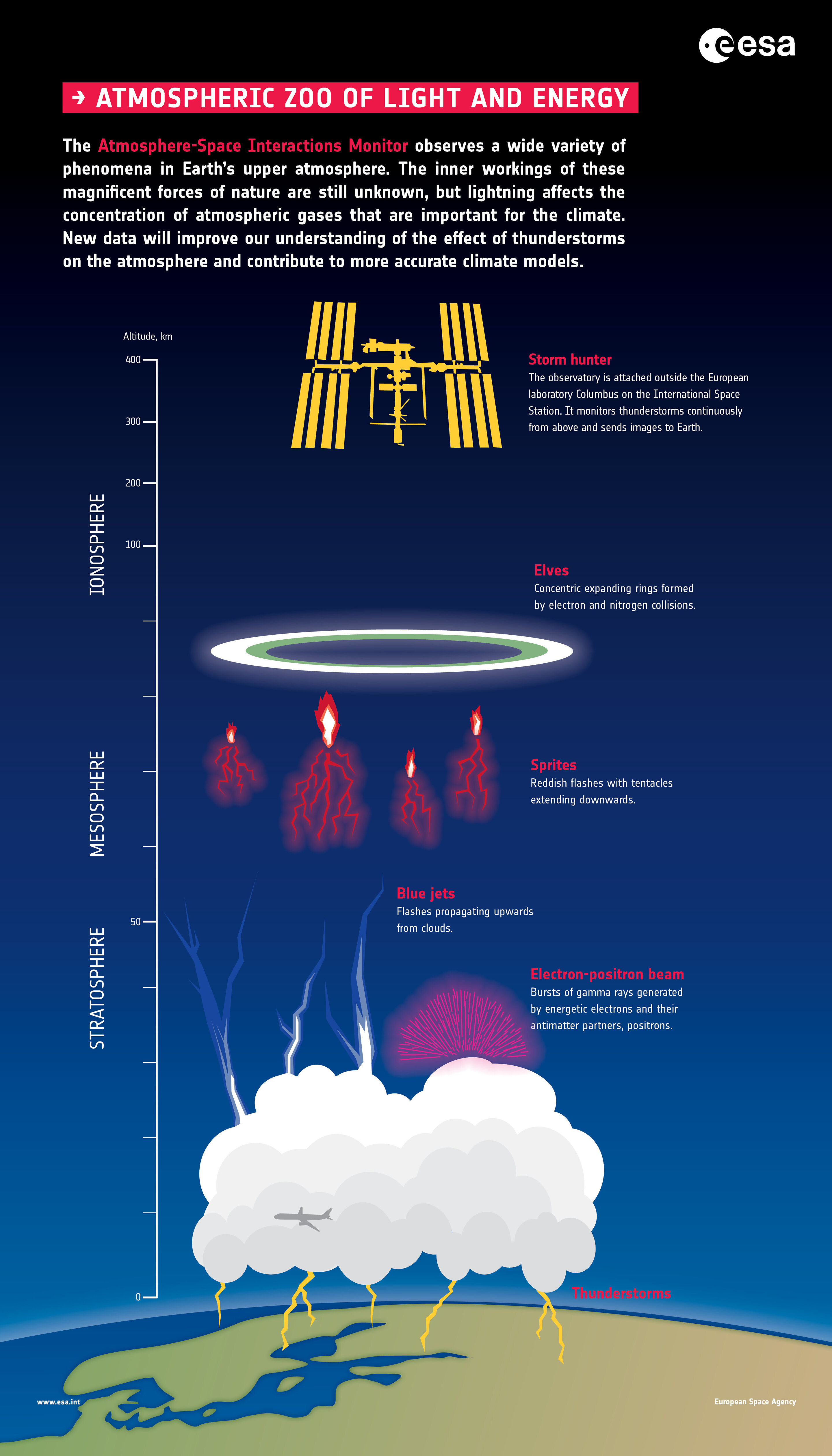 This chart by the European Space Agency does a great job of showing the difference between the two phenomena, but because they’re both the products of lightning firing upwards, they’re still intimately related.

Red sprites and blue jets are distinctive because of their colors, and also the direction in which they strike. As you can see in this image, the red and blue lights are shooting up from the top of the cloud deck, and are striking out towards space, instead of down towards the Earth. It is extremely rare to capture these phenomena on camera and even more so from this unique perspective.

The photo was captured by ground cameras named “Cloud Cams” which are located near the Gemini North telescope. The telescopes located there are peering deep into space, but this photo is a great reminder that there are some pretty incredible things happening right here at home.